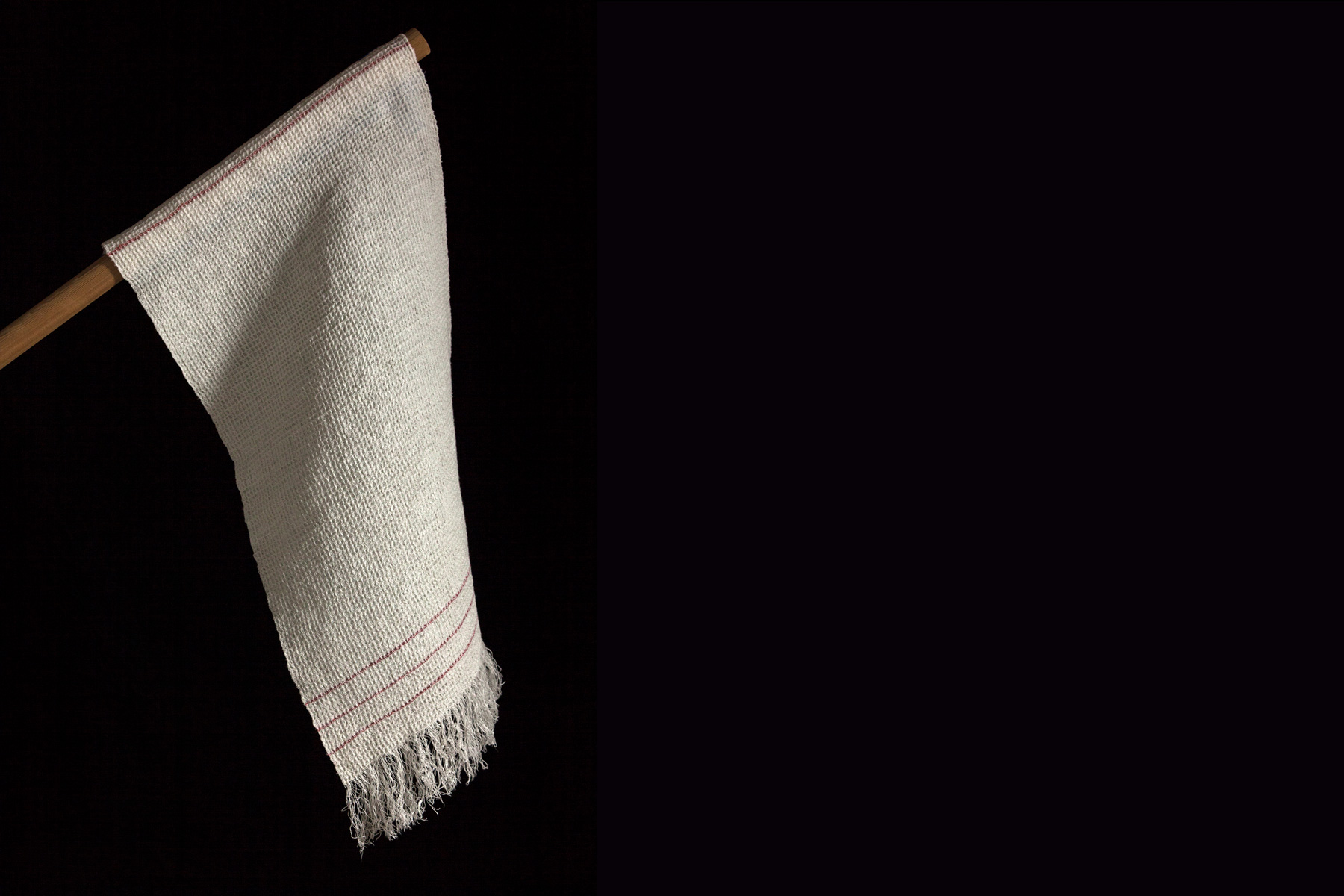 What better way to address the state of a divided nation than with a symbol of truce?

Internationally known fiber artist Sonya Clark, whose unraveled Confederate battle flag was part of the 2017 “State of the World” exhibit at H&R Block Artspace, returns for a solo engagement, “Monumental Cloth, The Flag We Should Know.” The exhibit, organized by The Fabric Workshop and Museum in Philadelphia, was inspired by the white dishcloth enlisted as a Truce Flag at the end of the Civil War, when the Confederate forces surrendered at Appomattox, Virginia, on April 9, 1865.

Everyone knows the Confederate battle flag. In contrast, the Truce Flag is little known, housed at the Smithsonian’s National Museum of American History in Washington, D.C., where Clark discovered it by chance in 2011. It made a deep impression. As she said in a statement for her exhibit at The Fabric Workshop and Museum, “What would it mean to the psychology of this nation if the Truce Flag replaced the flag associated with hate and white supremacy?”

“Monumental Cloth” received an outpouring of national press during its summer 2019 run at The Fabric Workshop and Museum, including articles in “The New York Times,” CNN and “The Philadelphia Inquirer.” Clark’s exhibit at H&R Block Artspace will feature six new works, including a monumental rendition of the Truce Flag executed in linen and a display of 100 true-to-scale versions of the flag. Viewers will be able to create their own rubbings of the flag at school desks with the Truce Flag laser-etched on their surfaces.

As H&R Block Artspace Director, Raechell Smith, notes, “Sometimes, the most meaningful and radical question an artist can ask is, “what if . . .”? In this case, the artist is asking others to consider, ‘Why do we know the Confederate Battle Flag instead of the Confederate Truce Flag?’

“Each of us chooses the symbols and ideas that define us,” Smith added. “In a moment of great divisiveness, we can all bring an awareness to the power and meaning of these symbols and how they shape us.”

“Sonya Clark: Monumental Cloth, The Flag We Should Know” opens Jan. 31 at the Kansas City Art Institute’s H&R Block Artspace, 16 E. 43rd St., and continues through March 21. Hours are noon to
5 p.m. Wednesday through Saturday and by appointment Tuesday. For more information 816.561.5563 or www.kcai.edu/artspace.