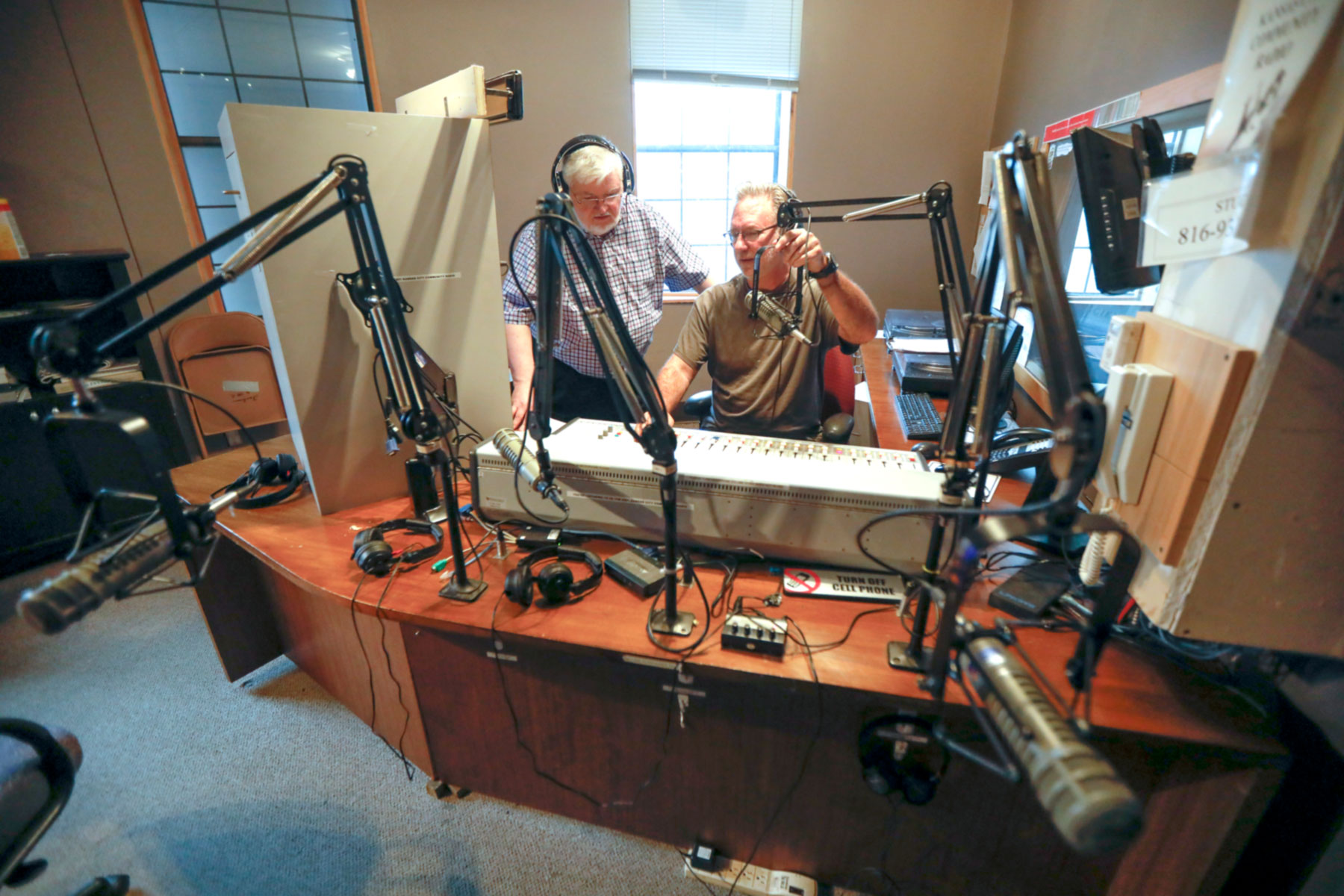 “We try to play things that are either experimental or challenging, or pieces that fit into the classical mold but you never hear anymore, or not very often,” said Mike Pettengel, host and founder of the show.

He shares programming duties with his co-host, Mark Andruss, switching off each week, playing an array of classical music works not heard on the average radio station or, for that matter, the average concert hall.

“There is an element of punk rock to our show, I think. It’s loud, it’s strident and it’s in your face most of the time.” Not always, he assured, but “I try to play a couple of pieces that are like that in every show, sounds that people haven’t heard before.”

Pettengel started the show 10 years ago, though it took nine years before that to convince KKFI to green-light a weekly classical music show. At the time, it was called “Chamber Music,” but when Andruss joined four years ago they changed the name, expanding the vision to include all types of classical music. Now, along with Shostakovich string quartets and Beethoven symphonies (two of their favorites), one hears spectral music, large scale Mahler works, and the musique concrète manifestation of squeaky doors (Pierre Henry’s “Variations pour une Porte et un Soupir”).

Unlike many other radio stations, they aren’t expected to play a quota of pieces per hour, or adhere to a strict format of non-confrontational, “easy listening” pieces. “There is freedom at KKFI that is wonderful,” said Pettengel. “When I’ve been on other stations they’d say, don’t play anything weird. And if you’re going to play it, don’t play it before 11 p.m.”

They primarily play music of the 20th and 21st centuries, though they don’t rule anything out, with Pettengel emphasizing mid-century modern works while Andruss focuses on new works and fresh voices. “One of the things I think the classical music radio audience is really missing,” said Andruss, “is any notion that there are substantial quantities of young, living composers producing interesting music. It’s a rare day when you hear something that was written just in the last 20-30 years.”

“People need to hear that because this is the world we live in. Not all great music was written by dead Europeans,” he said. “I play a fair amount of female composers,” not because of tokenism or for political correctness, but because “in the modern music world female composers are reasonably numerous and writing good stuff. . . . When (classical music) program directors enshrine the past, they are enshrining a male dominated/female suppressive culture.”

[block pos=”right”] “We try to play things that are either experimental or challenging, or pieces that fit into the classical mold but you never hear anymore, or not very often.”
— Mike Pettengel, host and founder, “The Classical Challenge” [/block]

Over the years, they’ve also interviewed composers, including Chen Yi and Zhou Long (professors of composition at the UMKC Conservatory of Music and Dance), local and touring musicians, and representatives from performing organizations. “One of the things we like to do at KKFI is be a conduit for everybody who is creating their own culture here in Kansas City,” said Andruss.

They are hoping to expand again, adding more airtime to their
2 1/2 hour block, interviewing artists from the Conservatory and the community, hosting in-studio performances, and adding a programmer (in full disclosure, our interview took on an element of recruitment).

It’s a commitment. KKFI is a volunteer-run organization and all the music Pettengel and Andruss play comes from their own libraries. “You have to be willing to put the money down when you have a show. It’s going to cost you money, it’s going to cost you time and effort and we get paid nothing to do it, but for us, the payback is just putting the music out in the ether, you know,” said Pettengel.

Pettengel estimates his library runs over 20,000 recordings, in different formats. “I do three or four shows a week and they are all different genres, so I have rooms dedicated to different genres.” Andruss has about 7,200 albums. “These days, I get a lot of my music in MP3 form, because I’ve run out of room in my house for physical (albums) and my wife set boundaries and said, no you can’t move out the dining room table.”

“I think everybody has one moment that they’ll remember that put them on the path to loving music,” said Pettengel. In his case, a nun in Catholic school handed him an LP of “The Life of Beethoven.” The Fifth Symphony “blew my mind and I’ve been obsessed with Beethoven ever since.”

He started out as a music major in college, but switched to English (he is a professor of English at Kansas City Kansas Community College). He’s been in radio for over 30 years, in Mississippi, Ohio, Arkansas, and even at KCUR, the local NPR affiliate, for a few years. He’s been at KKFI for 19 years. Andruss was also a dedicated amateur musician (his mother, an educator for the deaf, is a trained classical violinist and still performs in his hometown in Oklahoma) and joined KKFI 13 years ago.

“I kind of hope that is what we’re doing, to shift a person’s perspective in some fashion that will put them on the path to investigate this wonderful music that’s out there. You could change a life,” said Pettengel.

Each week, they post the show’s playlist on their Facebook page. A quick perusal found Per Nørgård, Jonathan Harvey and Kaija Saariaho featured one week, and Ernest Block, Leonard Bernstein and Osvaldo Golijov another. There, they also write reviews of music-centric books, share pertinent links, and connect with artists.

They also host other programs on KKFI. Andruss and his wife Valerie are part of a DJ collective which runs Foolkiller Folk on Sundays and Pettengel hosts The Medicine Show from 1 to 5 a.m. Saturday mornings and a modern jazz show from 2 to 5 a.m. on Mondays.

Pettengel doesn’t mind the late nights and early mornings. “No matter what’s going on in the world, when we’re on the air we know that good music is out there, kind of like a protective blanket against all the evil things in the world. That’s how I look at it, especially when I do overnights . . . I know that everyone is sleeping . . . and that’s fine, because I know that when people are sleeping, over their heads in the clouds, this great music is there.”