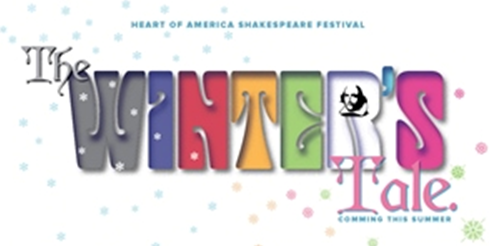 Whether you’re a Festival veteran or a first-time patron, you’re in for a Festival First this summer. The Heart of America Shakespeare Festival’s 22nd season production marks the FIRST time the Festival has produced The Winter’s Tale in Southmoreland Park.

Just as Kansas Citians prepare for the winter season, we first want to prepare you for your summer in the park with some facts about The Winter’s Tale:

#1: The Winter’s Tale is a Romance

The Winter’s Tale is known as one of Shakespeare’s “problem plays,” but NOT because anything is wrong with it. Shakespeare wrote The Winter’s Tale toward the end of his writing career – the play’s often dated between 1609 and 1611 – which was a period when scholars started to notice a change in his writing. Because it’s so different from Hamlet or A Midsummer Night’s Dream, problems have arisen when trying to identify the correct genre for The Winter’s Tale. With three acts of tragedy, two acts of comedy, and a miraculous ending, is it a tragedy? A comedy? A tragic-comedy? Or something else entirely? Many have agreed to call it a Late Romance, because it has elements of both tragedy and comedy, but also uses elements of folk and fairy tales.

#2: The Winter’s Tale shares qualities with a fairy tale

Speaking of fairy tales…did The Winter’s Tale make you think of fairy tales when you first heard the play’s title? Though it’s not Cinderella or Sleeping Beauty, the play does have elements of our favorite fairy tales. Take, for instance, fairy tales often being set in imaginary or far, far away places. The second half of the play has us traveling to Bohemia, which in the play is an island. In reality, Bohemia was a land-locked European country – it would have been impossible to land on Bohemia’s shore! Magic and fantasy are often always present in fairy tales, and some say magic is at play in The Winter’s Tale (though the Queen Hermione is not the witch Hermione of Harry Potter fame). This is largely because of the play’s miraculous ending, when we see a statue come to life.

#3: The Winter’s Tale is a retelling of another tale

As a natural-born storyteller, Shakespeare enjoyed creating his own stories but also had a knack for adapting other well-known stories of the time. Many of the plots for Shakespeare’s well-known plays come from Greek mythology, popular Elizabethan literature, or Elizabethan & Jacobean history. The Winter’s Tale is no exception. Shakespeare’s play closely follows the plot of Robert Greene’s 1588 novel, Pandosto: The Triumph of Time, borrowing much of the action from the first half of the novel but taking none of the names. For example, Robert Greene’s kings were Pandosto and Egistus; Shakespeare’s kings are Leontes and Polixenes. Shakespeare also turned the story theatrical by adding in the Clown and the song-selling, disguise-wearing, pick-pocketing Autolycus.

Visit the Festival this summer to see for yourself how these facts check out! The Winter’s Tale is at Southmoreland Park Tuesdays-Sundays June 17-July 6, with a show Monday, June 30 and NO SHOW Friday, July 4. Gates open at 6 p.m., and the show starts at 8 p.m.

We’ll leave you with another fun fact about HASF: The Winter’s Tale is just the beginning of Festival Firsts this season! This summer’s show will feature LIVE musicians on stage, a Festival First in over 15 years. In March 2015, our production of The Merchant of Venice will be the FIRST indoor production and our FIRST collaboration with the Jewish Community Center and the Johnson County Community College Performing Arts Series. Visit us at www.kcshakes.org or follow us at @kcshakes for more Festival updates.