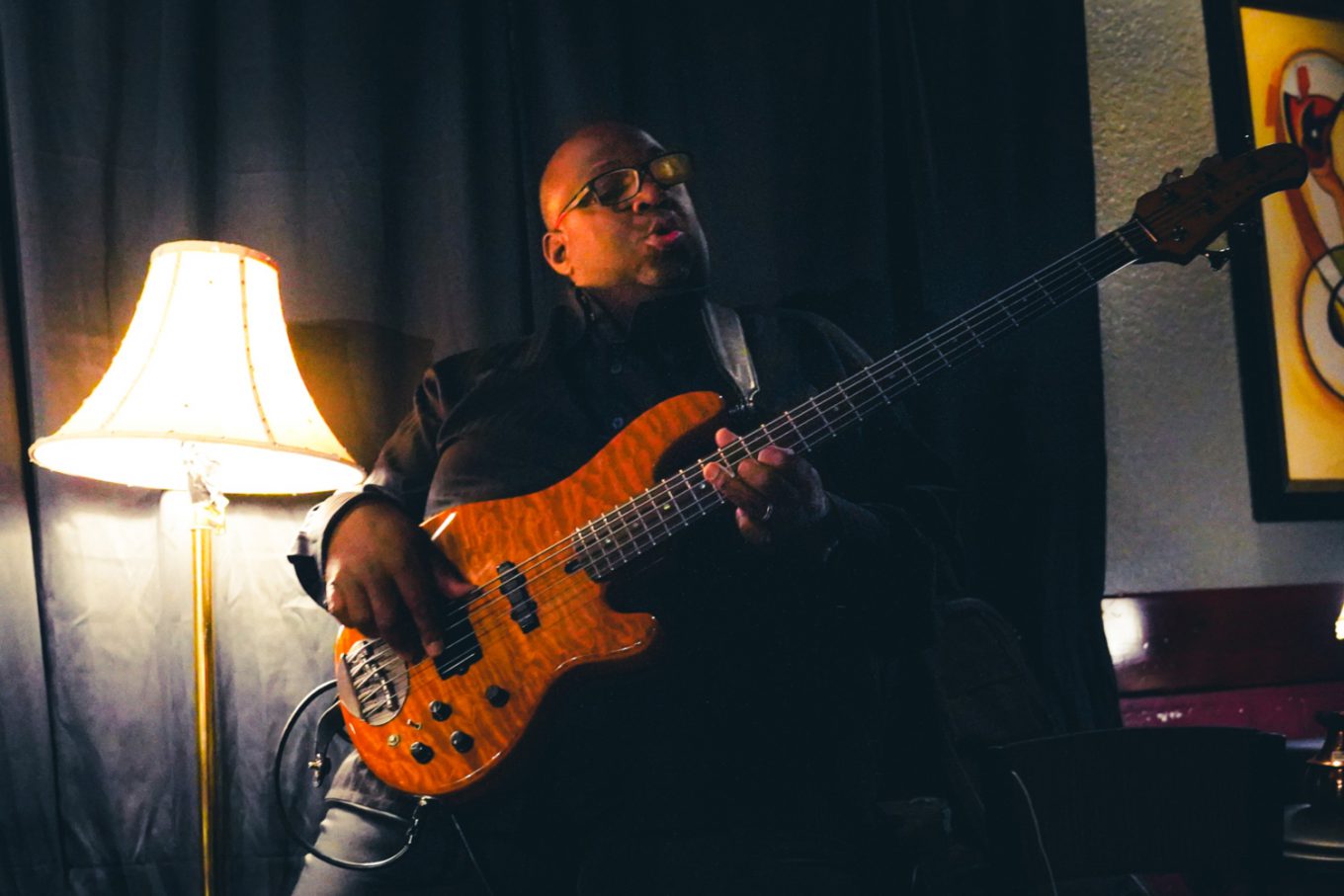 James Ward playing on bass in the 18th & Vine District.

Each Kansas City neighborhood offers its own distinct flavor. You’re a bar hopper? Drink up in Westport. You’re a clothing shopper? Get your fit at the Plaza. Coffee connoisseur? Sip away in Crossroads. But if you’re seeking soul-shifting experiences, you’re ready for late nights in the 18th & Vine District. Live music is the district’s signature feature, including the Blue Room, which has hosted a group frequently for almost 25 years. The James Ward Band, made up of bassist James Ward, Sr., keyboardist Angela Ward, and drummer Jaylen Ward, credit the venue as core to their family’s musicianship.

“The Blue Room is home,” said Angela. “Back in September 1997 when the revitalization of the 18th & Vine District first launched, I remember looking for a place to change one of my kid’s diapers. That’s when I found The Blue Room, did what I needed to do, and then got the opportunity to play on the club’s piano. Fast forward to January 1998, when James got the call from Gerald Dunn to fill in last minute for a house band, and that was one of the first places I performed and developed professionally as a musician.”

In Kansas City, Angela and James became known as an adaptable duo, fusing artists with classical, jazz, gospel and Latin music backgrounds into their projects. It was in the early 2000s that their youngest of two sons, Jaylen, started performing with them.

“The first time I performed with my parents I was in elementary school. I was always distracted in class, and my teacher encouraged me to do something to focus. I picked up the drums, and at age 6 I played a free concert with my parents in the school library. We did that for four straight years.”

Jaylen’s jazz journey didn’t stop there. He’s learned jazz history through the American Jazz Museum and always sat in on Blue Monday Jam Sessions, seeking to be treated as an adult musician. Now at age 19, he continues to mature his sound.

“The Blue Room is the most pure, expressive place of jazz and communication. On top of Mutual Musician’s Foundation, Soiree, and the district’s other venues, it’s the place to learn jazz culture.”

The story of COVID-19 affecting musicians isn’t new. Before the pandemic, Angela, James, and Jaylen were averaging 250 performances annually. During the pandemic, the Wards were forced to go “back to the lab,” with vlogging, writing, podcasting and music distribution now part of their skillsets. James Jr., the oldest son, helped them create videos for their YouTube channel and content for social media. And just last year the Wards made their longtime music workshop program, Comprehensive Arts Institute, a 501(3), bringing affordable music education to students at Paseo Academy of Fine and Performing Arts.

When asked what a place like the Blue Room meant to James Sr. after all these years, he laughed in reflection.

“Well, wow. You want to know the truth? I grew up with The Blue Room. It’s the place to develop an audience, I feel I can be myself, make my music, and perform in a place of freedom.”

Mark your calendars for an upcoming Blue Room performance at americanjazzmuseum.org/events