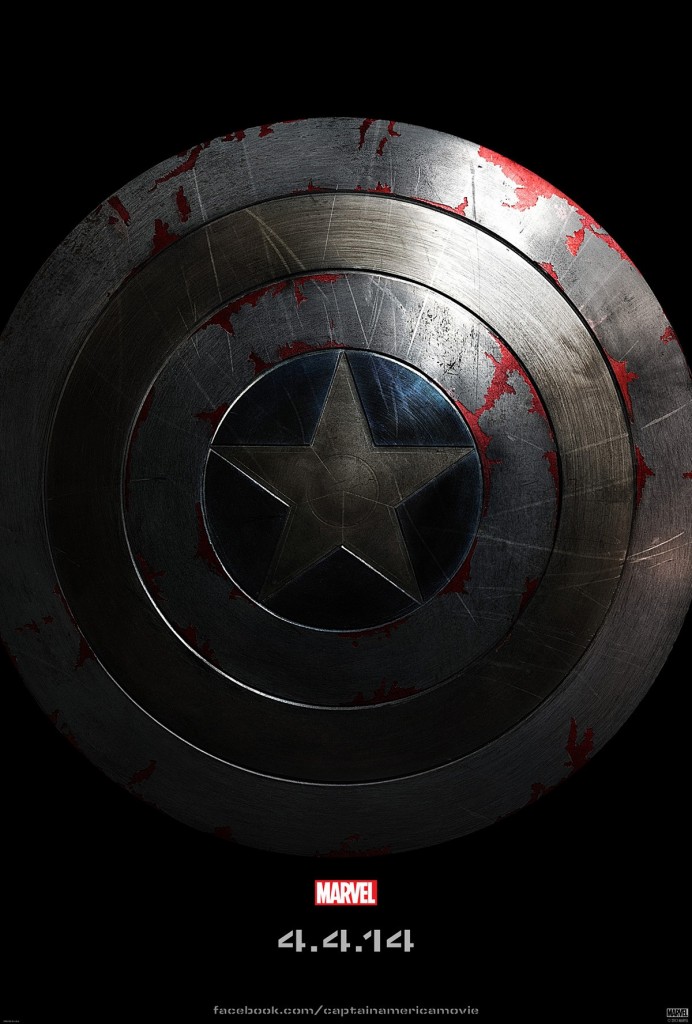 Opening the flood gates of super-hero themed films for 2014 is Captain America: The Winter Soldier – an over-the-top, thrill ride that simultaneously builds on the Marvel Studios overarching film mythology while doing a fantastic job of modernizing a hero’s role in the constant fight for freedom.

Returning to the role of our star-spangled hero is the always compelling Chris Evans. Bold, built like a tank and beautiful, Evans fills not only the costume perfectly but also the role by giving audiences a believable and honest performance of a man lost in a time and a hero looking for answers. While extremely naive to the realities of politics and government agencies, Captain America still holds true to himself and the thematic goodness of what he believes America is and what it should stand for.

Set after the devastation of New York in the 2012 film The Avengers, S.H.I.E.L.D. (America’s Strategic Homeland Intervention, Enforcement, and Logistics Division) has kept the Captain busy, sending him on missions, stopping terrorist threats, and so on. However, it is quickly becoming harder to know who to trust while the freedom he believes in begins coming at a higher cost.

Enter a new threat: The Winter Soldier – an elite assassin with a secret past that can perform his assignments with amazing precision and unbelievable accuracy.

While very muddy with backstabbing and conspiracy connections as the film unfolds, I thoroughly enjoyed this movie. More espionage thriller than the expected super-hero film, I found myself extremely engrossed in story’s arc and, by the end, I was pleased at how big of an impact that this film could have on the rest of the film universe – something I did not really feel in some of the other one-off hero films (specifically Iron Man 2 and 3, Thor 2: The Dark World). Plus, while a component of the film is very personal to the main character, it was lovely to hear gasps from my fellow audience members who were not familiar with The Winter Soldier and his true identity.

The Positives:
In my opinion, there are a ton of good things happening in this film. From the action to actors, I found it very easy to let go and just fall into the story. Even as it weaved deeper and deeper into its own history, I never found it difficult to comprehend what was going on or get confused by the various components. While, with any film like this, there are moments of ridiculous exposition that will hammer home either the primary themes or the purposes of certain characters, I was pleasantly surprised that everything still felt very fluid less based on coincidence. Like I said before, I love, love, love the consequences that are established in this film and, without giving any spoilers, what it could mean for the entire Marvel Studios universe. It presents a new dimension of vulnerability that is both wonderful for dramatic development while also reestablishing a menace that will affect each and every hero in the Avengers.

Chris Evans. Do I really need to say any more? While I am not the biggest proponent of Captain America: The First Avenger (2011), I do feel Chris Evans was the perfect fit for this role. Quickly my opinion was solidified with his performance in The Avengers. Here, he is amazing. While never looking stupid, Evans wonderfully portrays the ignorant hero while confidently following his heart and jumping into action. At the same time Scarlet Johansson returns to her role at The Black Widow/Natasha Romanoff, and while, at times, her character has seemed lost in the grandness of the other heroes, here she is perfect. Adding a snarky, new level to the playing field, she presents a fantastic soiled balance to Captain America’s cleanliness.

Also, I don’t think enough can be said about Anthony Mackie and his portrayal of Sam Wilson (a.k.a. Falcon). Fresh, likable and interesting, Mackie adds a great deal of dimension to a character that in many different situations could be left as just another stereotypical side role. Witty with great appeal, Mackie proves his worth and makes a solid case for being included in future Marvel films.

The Negatives:
While in theory, the Winter Soldier as title villain is amazing and, from what I can remember, this film does a fantastic job adapting Ed Brubaker’s comic book tale (he is also credited on the film), the character is never really given room to full establish himself. It’s clear he is a badass with an extremely important past and in our first encounters with him, he proves his worth greatly. However, with all different conspiracy levels of the film, his silent killer aspects make him a little too quiet and, by the end of the film, he becomes just another heavy for the hero to get around. Without spoiling anything, I feel his role could have been far more significant to the core of the story versus, in the end, just feeling like a small part to a greater threat. This could be intentional since, as a symbol, the Winter Soldier is the perfect protagonist to Captain America and as soldiers, they both are relegated to following orders, but, especially since his name is in the title, I wish there was a little more.

In contrast, I wish there were far fewer explosions. Where I feel this film really works is in the more intimate and, for lack of a better term, grounded action moments. The third act is based on three massive air-based threats, that while wonderfully show off the Falcon and validates his role in the film, quickly disintegrates into massive explosions, large amounts of debris and utter destruction. In my opinion, while spectacular to look at, large special effects and set pieces like these over-power the importance of the characters and overshadows them as characters in a way that negatively impacts the story. For example, an explosion goes off that separates the Captain and the Winter Soldier, distracting from their connection and ending their moment of action. For me, watching those two characters fight was far more engrossing than breaking glass and fire and stopping their moments added an unnecessary break in quality action.

I sincerely enjoyed this film. Evans is perfect as Captain America and as a leading man; he elevates this film and clearly has helped inspire confidence on what he can accomplish with the character. With a high-quality story as its base, I believe fan boys will be pleased with its dedication to its source material while more mainstream movie watchers with just enjoy a solid film experience. With the success Marvel Studios has been having with these Phase 2 set of films, it is no doubt that these films with just continue to get stronger and stronger. Hopefully the next set of superhero films from Fox and Sony (X-Men: Days of Future Past and Spider-Man 2) can live up to their hype and the expectations that Disney has laid out this far.