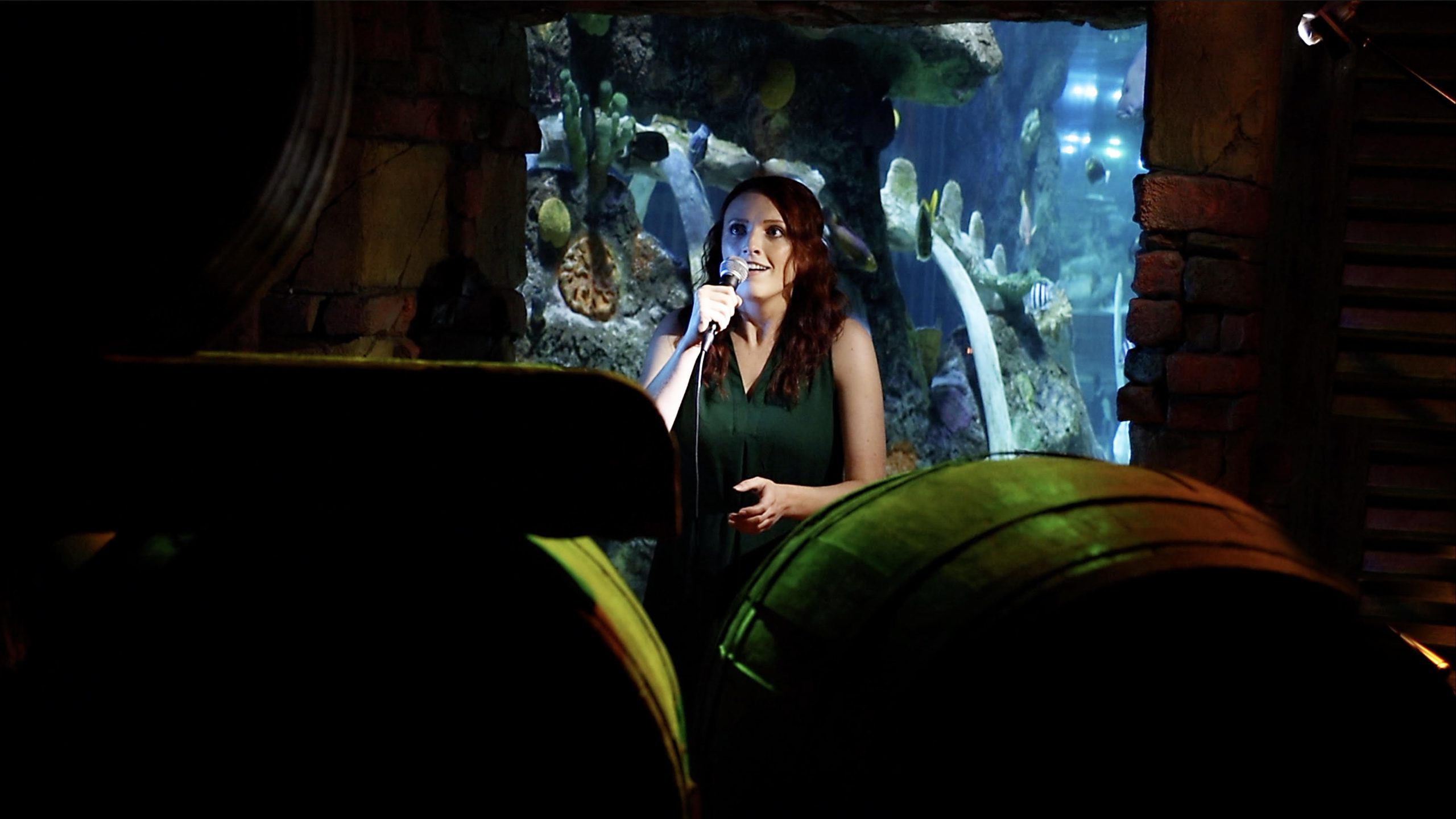 The brain trust at MTH Theater has found a way to reach an audience, even in the depths of a pandemic.

Following up the company’s classy video production of “An Evening of Rodgers and Hammerstein,” performed and filmed on the MTH stage without an audience, artistic director Tim Scott, music director Anthony T. Edwards and founder George Harter up the ante with a surprise-filled program they call “On the Water, Beyond the Sea.” Shot entirely in the SEA LIFE Aquarium at Crown Center, the show is an impressive mix of material from Broadway, movies and radio hits performed by crack musicians and singers.

The aquarium’s shadowy environment of water tanks, sea life and refracted light is intoxicating, soothing and unique — and, as it turns out, an ideal performance space.

The narration was written by Harter, returning to his familiar role as host and educator to address the camera the same way he once spoke to live audiences (and hopefully will again down the road.)

The show starts with a bang as Darrington Clark, a true showman, takes on the lead vocals in “Under the Sea” from Disney’s “The Little Mermaid.” Critics at the time said the animated film boasted one of the best Broadway scores anyone had heard in years. The tune by composer Alan Menken and lyricist Howard Ashman is irresistible, infectious and — like all great pop songs — makes you want to hear it again the moment it ends.

Some of the material is expected — a grouping of three classic tunes from the Cole Porter musical “Anything Goes” (set on a cruise ship) as well as songs from “Dames at Sea” and, of course, “Titanic.”

But as Harter’s script shifts focus between oceans and rivers, the show yields some unexpected gems. The charismatic Keshana Cook handles the Johnny Mercer/Henry Mancini classic “Moon River” as well as “If You Ever See Me Talking to a Sailor” from Sting’s musical “The Last Ship.” T. Eric Morris scores with a “Breeze Off the River,” a surprisingly poignant song from the “The Full Monty.”

Clark delivers an arresting rendition of Otis Redding’s classic “Sittin’ on the Dock of the Bay.” Kimberly Horner serves up classy performances of “Just a Little Girl From Little Rock” from the musical “Gentlemen Prefer Blondes” and “By the Sea” from “Sweeney Todd.” Chelcie Ambercrombie delivers a memorable version of the comic “Star Tar” from “Dames at Sea.”

Bob Wearing, backed up by the other company members, takes on “I’m Not a Loser” by the pop band They Might Be Giants,” which was part of the score for “Spongebob Squarepants the Musical.”

While the material chosen by Harter overflows with wit and artistry, this production gradually acquires what I might call a secular spiritual aura. Many of these songs reflect our mystical connection to rivers and the sea and their ability to evoke feelings we struggle to articulate.

As the show draws to a close, we hear “River in the Rain” one of Roger Miller’s most affecting tunes from his Huck Finn musical “Big River,” performed with a sensitive touch by Clark and Morris. The song describes a love-hate passion for the Mississippi and concludes with the poignant line, “I’ve never seen the sea.”

As Harter bids us adieu, he leaves us with a simple wish: “Here’s to better days hopefully, just around the bend.” And that leads to the finale — a moving rendition of “Down to the River to Pray,” performed by the entire company. The 19th-century hymn, popularized by the film “O Brother, Where Art Thou,” suggests a simple path to a spiritual life to be found in the river’s healing water.

Edwards at the keyboards anchors the impeccable band — guitarist Cindy Egger, percussionist Tod Barnard and bassist Joey Panella. The audio engineering by Jon Robertson produces crystal-clear sound and careful mixes, while production designer Mark A. Exline has transformed the aquarium into an intoxicating environment for this show.

Shooting with multiple cameras, Scott again shows himself to be a deft cinematographer, cutting from medium shots to super closeups while moving his principal camera fluidly. The result is a polished PBS-quality film.

“On the Ocean, Beyond the Sea” will be available for purchase through Nov. 1. It is viewable on a smart TV, desk computer, tablet or smart phone. Visit hmusicaltheaterheritage.com/portfolios/on-the-ocean