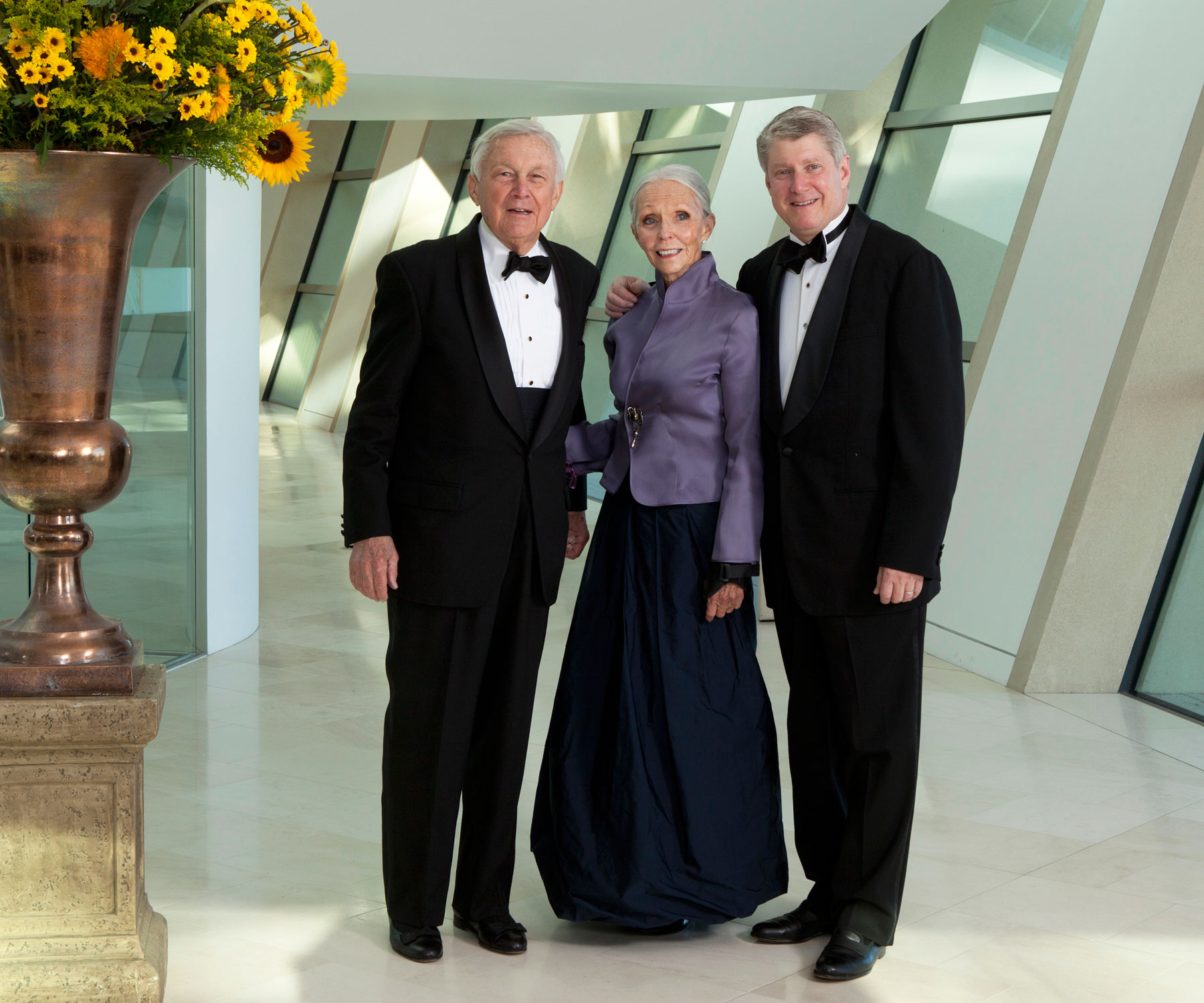 Since his death on December 28, 2015, much has been written about Landon Rowland’s meteoric career and tireless work for the benefit of our city.  But there is another story to be told, of a man for whom the arts and letters were a life force. All that Landon meant to the arts in Kansas City stemmed from that.

Possessed of a keen intellect and unbridled curiosity, Landon sought to make every day of his life a learning experience. A love of words led him to study English literature at Dartmouth College and to a lifetime of vast literary consumption.

Landon’s uncanny insight and recall of all he read—he could summon and accurately quote the best of others’ words in order to illuminate a discussion or to make a case—were bolstered by his spirit of fun.

When drafted for a Dartmouth Players production of Waiting for Godot, his character’s scripted physical collapse at the end of a particularly long and exhausting monologue was an achievement!  Thus it was that, from stage, to courtroom, to corporate and nonprofit boardrooms, his facility for extemporaneous public speaking charmed and served his causes well.

It was also at Dartmouth that Landon met Sarah Fidler, an English literature student at Smith College. They married in 1959 and settled in an attic apartment in Summerville, so tiny that much of the floor space was taken by a television they were given as a gift. It was an enormous piece of furniture with a tiny screen that didn’t work, but the radio component it contained ignited in Landon a lifelong love of opera. Der Rosenkavalier and Acis and Galatea were among his favorites. While fluent in classical music, he also loved the classic epic films of the 1960s and would stop everything for some Dave Brubeck jazz!

There was a discernible line of evolution from Landon’s college days, when he was particularly taken by 19th- and early 20th-century poetry, including Joyce, Eliot and Yeats, to a keen interest in American history of that period. Landon was also intrigued by the way American literature depicted the era in works such as Melville’s Moby Dick and James Fenimore Cooper’s The Leatherstocking Tales, on which he wrote his senior paper.

Landon’s curiosity about that historical milieu undoubtedly foreshadowed his appreciation of early American art and music. He was thrilled with the historic Hale Woodruff murals recently displayed at the Nelson-Atkins Museum of Art and was a lifelong fan of the legendary Carter Family of American folk musicians. It was a “natural” for him to fall in love with the farmhouse built in 1832 in the American Italianate style, which he and Sarah meticulously restored and made their home in 1987.

Fortunately for Kansas City, Landon was endlessly enthralled with what he considered the power of the arts to heal the human spirit and to better society. What caught his curiosity benefited from his generosity and his ideas for betterment.

Over many years, Landon and Sarah provided leadership and support to the Kansas City Symphony, the Kansas City Ballet, the Lyric Opera, Friends of Chamber Music, the Harriman-Jewell series, the Nelson-Atkins Museum of Art and Friends of Chamber Music.  Together, they provided major funding for construction of Centennial Hall, a theatre, gallery and arts learning center on the Pembroke Hill School campus. Their Ever Glades Fund for American Art makes possible acquisitions for the Nelson-Atkins Museum, where the museum’s American wing was named in their honor.

No one delighted more in a stirring performance than Landon, who wouldn’t hesitate to give praise for even the smallest role. When on the receiving end of compliments, however, he deflected them with self-deprecation and the argument that his accomplishments in business and philanthropy were primarily made possible by the momentum of his predecessors. When once referred to as a “gentleman and a scholar,” he corrected the speaker with good humor on both counts; “I’m nothing but a scoundrel and a ruffian,” he said.

While Sarah will continue to provide outstanding leadership to the Rowlands’ civic commitments, sadly, Kansas City has lost in Landon one of its all-time, most effective forces for good. These lines from John Updike’s Perfection Wasted capture the depth of our loss:

“The ceasing of your own brand of magic, which took a whole life to develop and market…The jokes over the phone.  The memories packed in the rapid-access file. The whole act. Who will do it again?”

Susan Schmelzer is a community activist who has served in leadership roles on several boards, currently including the Executive Committee of Missourians Citizens for the Arts, which advocates for state arts funding. Her devotion to the arts began as a vocal music major, while her professional background spans careers in higher education and nonprofit consulting.