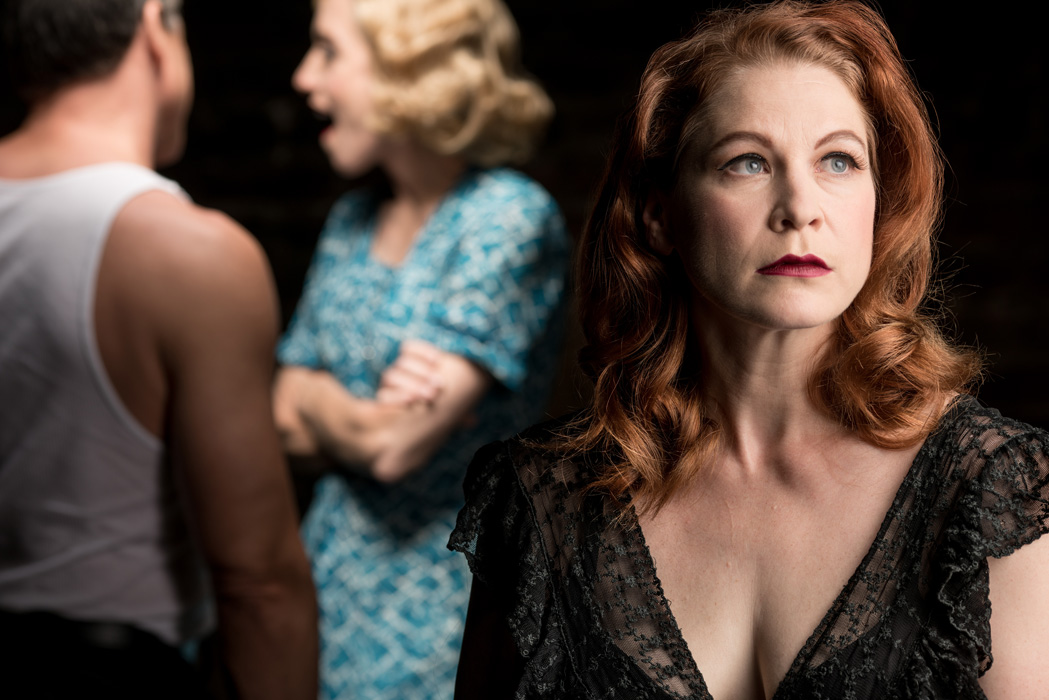 Assessing a theater season before it starts is tricky business because the best you can do is draw conclusions based on what looks good on paper.

There’s also the question of just where theater companies are in the planning process. Most theaters have their 2017-2018 seasons in place, but at press time the Living Room, which is dedicated to producing work by local artists, had two shows in place for the fall but nothing to announce for the spring.

Overall, however, Kansas City’s professional theaters have put together a promising lineup for the coming year. And one trend dominates: In theaters small and large, few artistic directors are relying on familiar titles. The Living Room has committed to developing and producing work by Kansas City writers. And if you look at the seasons put together by Kansas City Rep, the Unicorn, Metropolitan Ensemble Theatre, Kansas City Actors Theatre, Spinning Tree, KC Melting Pot and the Fishtank, most of the shows fall into three categories: world premieres, established plays and musicals new to Kansas City audiences and classics unseen on local stages for decades.

Kansas City Repertory Theatre, which in recent years has taken to offering at least two musicals per season, will kick off the 2017-18 production year with a world premiere that could make its way to Broadway.

“Between the Lines,” based on the young-adult novel by award-winning writer Jodi Picoult and her daughter, Samantha van Leer, tells the story of an outcast ’tween whose obsession with a fairytale book leads to a life-altering intersection of fiction and reality. The adaptation is by veteran writer Timothy Allen McDonald and the composing team of Elyssa Samsel and Kate Anderson. The show runs Sept. 8-Oct. 1.

As part of its annual New Works Festival, the Rep will produce two world-premieres: “Brother Toad” by resident playwright Nathan Louis Jackson and “Welcome to Fear City” by Kara Lee Corthron. The shows will run in repertory April 27-May 27.

And the Rep will, of course, stage its annual holiday production of “A Christmas Carol” (Nov. 16-Dec. 24). Gary Neal Johnson is on tap to reprise his performance as Scrooge and the show will no doubt have the familiar look and feel audiences have become accustomed to. But this year the show will use a brand-new adaptation by Rep artistic director Eric Rosen. Rosen is no slouch as a playwright so it will be interesting to see his take on the Charles Dickens classic.

You can learn more about the Rep season at www.kcrep.org.

Of most interest at the Unicorn Theatre is its second show of the season: Pakistani-American playwright Ayad Akhtar’s Pulitzer Prize-winning “Disgraced” (Oct. 18-Nov. 12). Theatergoers have seen Akhtar’s work in KC Rep productions of “The Who & the What” and “The Invisible Hand,” but “Disgraced,” his first play, is what put him on the map. The show, which runs about 90 minutes, is set at an Upper East Side dinner party in which a discussion of identity politics and religion leads to searing revelations and brutal honesty.

By the time you read this, Kansas City Actors Theatre will have already inaugurated its season with an August production of Agatha Christie’s “And Then There Were None.”

The KCAT season also includes a major classical undertaking: William Shakespeare’s “King Lear,” starring Ted Swetz in the title role and directed by Ed Stern, former artistic director of the Tony Award-winning Cincinnati Playhouse in the Park. The show, a co-production with UMKC Theatre, runs Oct. 13-22 at the Spencer Theatre on the UMKC campus.

Metropolitan Ensemble Theatre continues its rehabilitation of the old Warwick Theatre but for the coming season will remain in its current home at 3614 Main St. And that season, at least on paper, is one of its strongest in years.

It kicks off with Jean Anouihl’s adaptation of “Antigone,” the Sophoclean tragedy set in the wake of a civil war in ancient Thebes (Sept. 14-30), followed by William Shakespeare’s rarely staged “Cymbeline,” a comedy/romance set in ancient Britain, Nov. 9-26. Local audiences haven’t seen professional productions of either of these plays in decades.

In addition, the MET is offering two shows apart from the regular season: Irish playwright Conor McPherson’s “The Weir” in October and “It’s a Wonderful Life” in December. www.metkc.org.

Spinning Tree Theatre has been one of the town’s nomadic theater companies since its inception, but this season all four productions will be at Just Off Broadway Theatre in Penn Valley Park. The company plans a season of musicals and plays that gets started with the 1947 Broadway hit “Finian’s Rainbow,” with music by Burton Lane and lyrics by Yip Harburg, Sept. 1-17. The season continues with the local premiere of Harvey Fierstein’s hit comedy “Casa Valentina,” with Victor Raider-Wexler, John Rensenhouse and Jan Rogge, Oct. 27-Nov. 12; “Full Gallop” by Mark Hampton and Mary Louise Wilson, starring Cheryl Weaver as Diana Vreeland in a one-woman show, Jan. 26-Feb. 11; and “Once On This Island,” the Caribbean folk-tale musical by Lynn Ahrens and Stephen Flaherty, April 20-May 6. www.spinningtreetheatre.com.

KC Melting Pot will present an eclectic lineup at Just Off Broadway Theatre, beginning with co-founder Harvey Williams’ “2121,” inspired by his experiences teaching GED students. The show runs Sept. 29-Oct 14. Also on the season: “Sunset Baby” by Dominique Morisseau, Dec. 1-16; “Single Black Female” by Lisa B. Thompson, Feb. 23-March 10 and “No Such Thing as Midnight Black” by Lewis J. Morrow, May 25-June 9. kcmeltingpot.com.

Heidi Van, curator of the Fishtank Theatre, is managing the company’s transition to semi-nomadic status after vacating its former home, a tiny performance space with picture windows near 18th and Wyandotte. Coming up in November will be a show at the Living Room titled “The Insubordinates.” The production will consist of six short adaptations of classic dystopian novels — George Orwell’s “1984,” Aldous Huxley’s “Brave New World,” Ray Bradbury’s “Farenheit 451,” Shirley Jackson’s “The Lottery” and Lois Lowry’s “The Giver” and its companion novel, “Gathering Blue.”

Van is adapting “1984” and Vanessa Severo is writing the script based on “The Lottery.” Other writers are to be announced. The show is a co-production with UMKC Theatre.

In December Van will produce the Fishtank’s annual “12 Plays of Christmas” by local writers at the Buffalo Room, the music-and-theater venue at the rear of Westport Flea Market. fishtanktheater.blogspot.com.

The Black Repertory Theatre of Kansas City, founded by actor/director Damron Russel Armstrong, will present a second season of plays and musicals, starting with Charles Fuller’s hard-hitting “A Soldier’s Play,” a 1981 drama that takes the form of a murder mystery set in an African-American military unit at a Louisiana camp in 1944. The show runs Sept 14-Oct. 8. Also on the season: George C. Wolfe’s “The Colored Museum,” a series of satrical vignettes focused on racial attitudes (dates to be announced); “Passing Strange,” a Broadway hit rock musical by the songwriter/bandleader Stew about a young African-American man’s journey of self-discovery (dates TBA); and another Broadway hit, “Memphis,” by David Bryan and Joe DiPietro, about the early days of rock & roll (dates TBA). All shows will be at the Arts Asylum, 1000 E. 9th St. www.brtkc.org.