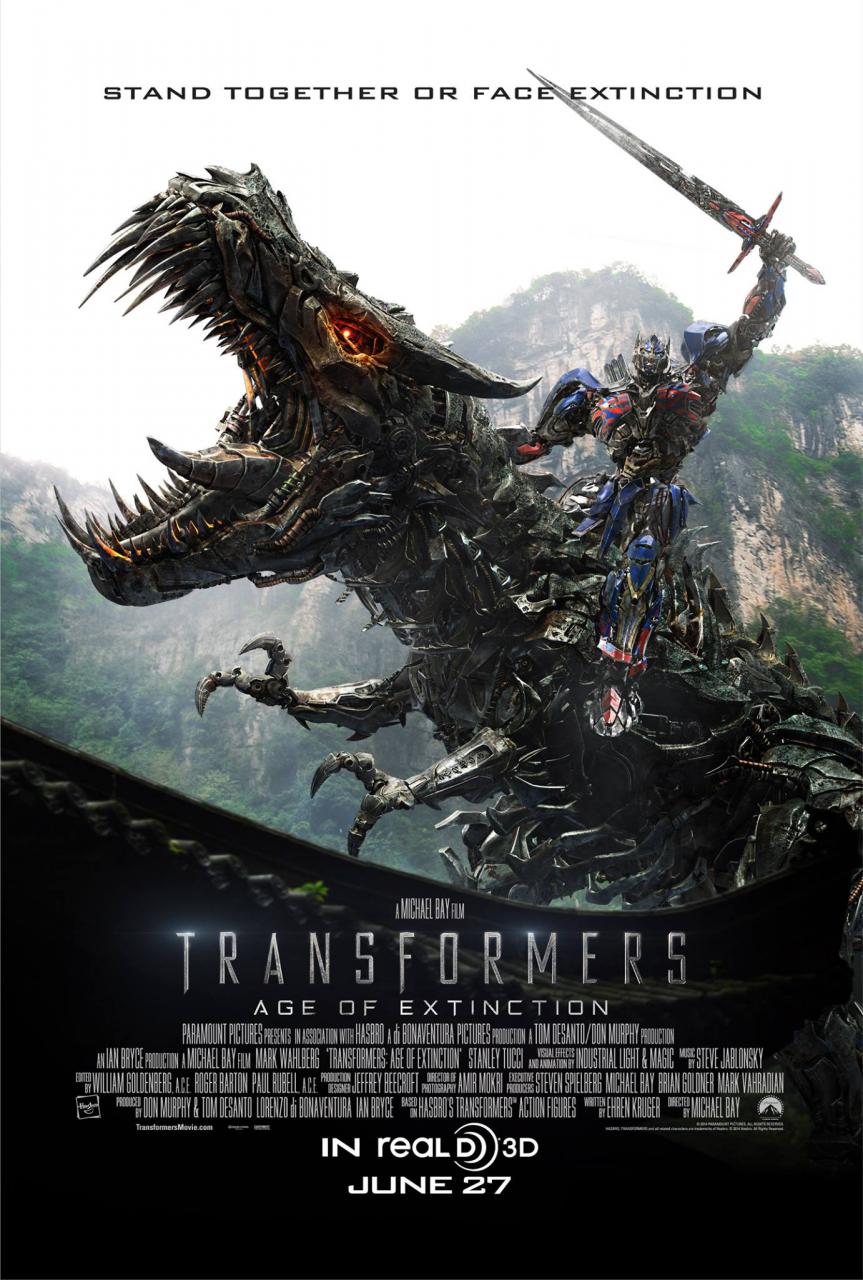 Well … that happened. All 165 minutes of it. All two hours and forty five minutes of low quality special effects, horrific dialogue, zero story and ridiculously lame characters of it.

To say Transformers: Age of Extinction is a colossal waste of money, resources and time, is an extreme understatement.

To be fair, I did spend quite a bit of time trying to write a review that would attempt to constructively critique this film. However, with no redeeming qualities, I can’t. Even with films that I find overall unappealing, I can usually describe aspects that I could see people enjoying – but not here. This is bad. Real bad … and not in the “Hey, let’s get together and make fun of it,” kind-of-bad. This is the kind of bad that makes you wonder “what were they thinking?” Showcasing an unbelievably large amount of product placement with a throwaway plot (if you can call it that) that, when finished, you realize has been nothing but fodder to set up another sequel. This film represents everything that is wrong with the big business of making movies. It is taking advantage of consumers. It hangs it’s hat on the nostalgia of adults and the premise of huge robots riding robot dinosaurs and it barely delivers.

This is a failure in storytelling at the highest level.

Everyone involved should be ashamed of themselves. This is not entertainment. This is not even interesting. This is trash. The cost of this film could have educated countries or fed American children for years. The time it took to develop this film could have produced beautiful, inspiring works of man-made ingenuity. The wages the cast and crew earned could have been a paycheck worth being proud of it. But it isn’t. It is not. Under the leadership of director Michael Bay, this is a travesty.

Have I ever made a film? No. Is it difficult? For sure. But this. This should never have been made. Anyone and everyone who signed off on designs, script and/or direction needs to be fired and made to refund audience members for sitting through this drivel.

Do I sound angry? You bet I am. I get to watch movies and tell people what I think as part of my job and the idea of audiences supporting this digital puke has sent me into a downward spiral that clearly puts me the category of internet troll.

I do not care. Transformers: Age of Extinction is the definition of being without quality.

This film is a mess. A horrible unappealing mess. Where the first film was a decent attempt to really make something interesting, something that tried to capture the spirit of the Transformers franchise, this film is the complete opposite. Soulless and uninspired, this film is just not good.

Set after the events of part three, the Transformers are in hiding and being hunted by a special ops division of the CIA. Why? We are told because they are all considered as hostiles after the destruction of Chicago. However, even that premise is up in the air as, at one point, the Chief of Staff requests to have a photoshoot with the President and Optimus Prime. If all the Transformers are hostile – why is the President wanting meet and greet? Who knows. Moving on, just like the subsequent films, this film chooses to stupidly focus on a collection of humans that do not matter. Spouting lines of dialogue that induce mad fits of cringe, this collection of actors and actresses are underdeveloped, cliché and worst of all completely boring. All new to the franchise, they add nothing new and, at times, are nothing but carbon copies of characters seen in prior films. Poorly directed, they spend more times repeating themselves and smacking us in the face with their reasons to be in the film that, by the middle, it becomes laughable. Mark Wahlberg’s character, Cade Yeager (a not too subtle attempt at pulling the Pacific Rim fans – Yeager/Jaeger) states that he is an “inventor” so many times that either he or the writers were in denial and were trying so hard to make it true that had to keep repeating it over and over and over again. The only “fun” character that audiences would even consider caring about is T.J. Miller’s Lucas and he gets thrown away in the first act. I won’t even get into Nicola Peltz’s lame daughter/hot chick character and how obsessed this film is with trying to make her a damsel in distress. Infuriatingly disgusting.

Notice how I’ve barely mentioned the overall story yet? Yeah because it sucks. Amidst all this heavy-handed, tough-guy crap of hunting Transformers, we are made to try and relate to these garbage humans.

I don’t want to waste your time any more, but let’s just say in includes a decapitated Megatron’s evil plot to set off a bomb/tool called “The Seed,” a ton of explosions, more stupid human tricks, bad special effects, very poor editing, disturbingly bad Autobots and possibly one of the biggest product promise let downs in recent history – the Dinobots.

They couldn’t even deliver on that.

Seriously, I want to try and be more constructive but I’ve already wasted enough of my time and yours.

You should not see this movie. You should not wait for it go on DVD or digital download. You should not pay your hard earned money nor should you use your energy to sit through this over-saturated pile of rubbish. Every copy needs to be burned with a public apology issued by Michael Bay.

This film is a failure and under Bay’s leadership this film franchise has been diminished to nothing more than ephemeral idiocy.

I apologize to anyone reading for this review being nothing more than a simple rant. However, this film deserves nothing more.