KC Studio Magazine continues finding treasures around the metropolitan community. Take a look at these four selections that could inspire an outing to the neighborhood museum or nearby art gallery. Enjoy the discovery! 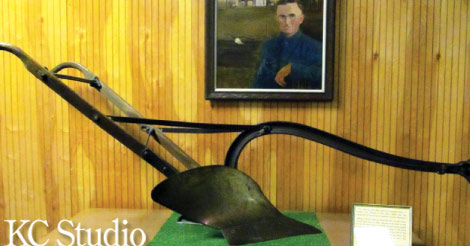 This walking plow was used by President
Harry S. Truman, who farmed in the early part of the century near the community of Grandview in Jackson County, Mo. Being a farmer was an essential part of who Harry Truman was, and he often referred to his time on the farm as the best years of his life. He was once quoted as saying, “Plowing a field with a mule is the most satisfying thing a man can do. And at the end of the day,
looking over what you’ve done, you can feel a rare sense of accomplishment, and that’s a very rare thing.” This plow was donated to The National Agricultural Center and Hall of Fame by the
Truman family in 1965. The center operates mid-April through mid-November.
Image courtesy The National Agricultural Center and Hall of Fame, 1965.1.1 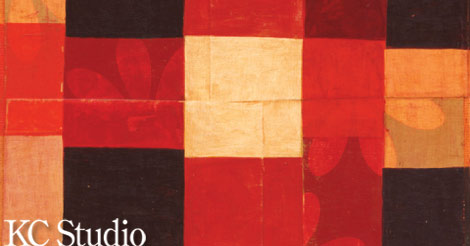 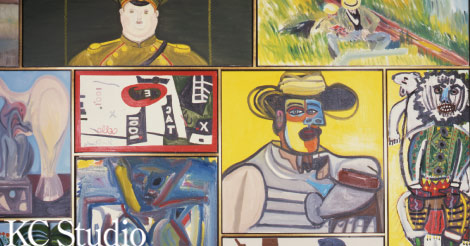 With the passing of Frederick James Brown in 2012, it’s an apt time to look at the artists’ body of work, particularly his monumental painting The History of Art (1994/2000). Created specifically for the Kemper Museum of Contemporary Art, Brown was originally commissioned to execute one work of art; keeping with his usual ambitions, he returned with this one work comprised of 110 individual canvases. Brown’s influence was so great that the museum Museum’s restaurant Café Sebastienne is named after the artist’s daughter. From floor to ceiling, the work of art lines the interior walls of Café Sebastienne and represents important movements and figures in art throughout the ages. One will see his renditions of seminal paintings by Leonardo daVinci, Botticelli, Vincent van Gogh, and his mentor Willem de Kooning, among others. His work is also deeply influenced by his love of jazz and blues. The artist is known for his series of some three hundred jazz and blues performers. This work of art is just one of the many in the Kemper Museum’s permanent collection, including They Had the Right to Sing the Blues (1995) and Knock and the Door Shall Open (1996). 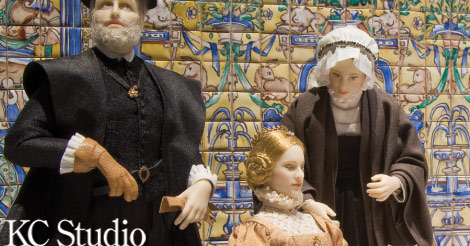 Isabella of Portugal, the Holy Roman Empress, is the serene center of this tableau commissioned by museum founder Barbara Marshall. Artist María José Santos of Spain created the three dimensional porcelain trio in 1:12 scale after a ceiling fresco by artist Julius Berger at the Kunsthistorisches Museum in Vienna. Isabella is seated with her feet propped on a cushion as she peruses a sheaf of papers undoubtedly detailing an artistic commission. Her maid hovers over her while her husband, the lantern-jawed Emperor Charles V, raises his eyes to the future. The tiled backdrop commemorates the virtues of Charles and Isabella whose political marriage became a love match. German artists Rita and Horst Kruger modeled the wall after the Sala de Fiestas (Hall of Celebrations) in the Reales Alcázares de Sevilla (Royal Palace of Seville) and it is composed of 1152 individually hand-painted tiles.  Embedded in the tile work is Charles’ motto, “Plvsltra,” which is Latin for “further beyond”— a fitting
sentiment for the Toy & Miniature Museum’s 30th anniversary.