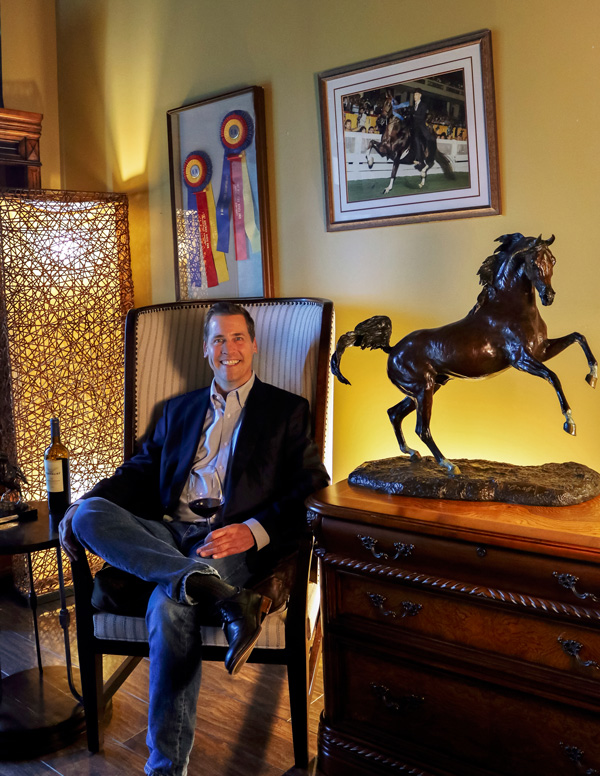 Known for his spirit and sometimes difficult nature, most who have met him and dealt with him will say he “knows when to turn it on and off.” The “fire,” however, is inherited and cannot be simply switched off. Most would associate these characteristics with an elite athlete, accomplished musician or titan of industry who is unwilling to contemplate defeat, despises imperfection, is never satisfied and is driven by one thing only — being the best.

When he passed away in 1979 from colic, the horse known simply as “*Bask” would be laid to rest as the most decorated Arabian horse ever and sire to over 200 champions.

In the summer of 1983, a 17-year-old kid from Salina, Kansas, with a “sometimes difficult nature,” stuck his boot in the stirrup and slung his leg over the back of the *Bask daughter Raya Royale. It would be the start of another winning tradition.

Two National Championships and one World’s Championship later, you’ll find Rex Vanier is that same “spirited” kid with a drive to be the best.

Today Rex is in his zone either flipping through blueprints or pining over spreadsheets with his partners at Overland Property Group, where they are just months away from opening a truly one-of-a-kind retirement community, The Fairways of Ironhorse in Leawood. This isn’t the first senior living development in the company’s 16-year history, but it will be the first “Boutique Retirement Club” anywhere in the country.

Designed as a live-in country club, The Fairways of Ironhorse boasts not only the highest-end amenities and concierge services of any community in the region, but will also offer an array of classes on history, politics, literature and the arts. Residents will be able to explore new ideas and interests or engage in discussions about their own area of expertise and past experiences. “I’ve always felt it’s important to exercise the mind as well as the body. Our residents are highly educated, active and have a thirst for knowledge. We want to offer a life experience,” said Vanier.

Keeping with the equestrian theme, the Starina Theater (named for World Grand Champion “Sultan’s Starina,” who was voted Three-Gaited Horse of the Century and ridden by Vanier), will be a top-notch setting for presentations by guest speakers, docent previews of upcoming cultural events, worship services, the monthly book review, lecture series, live entertainment and so much more.