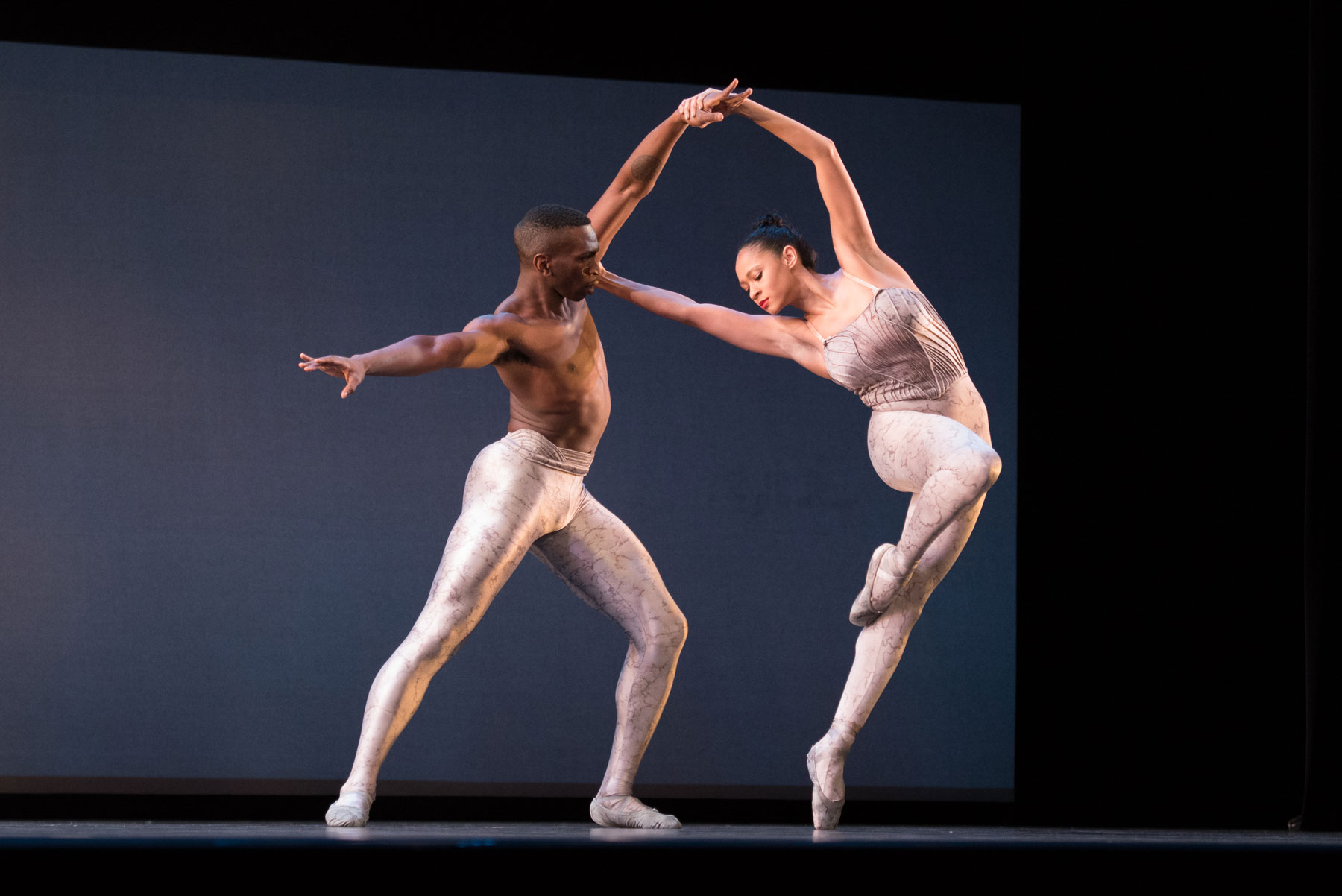 Breaking boundaries since its inception in 1969, Dance Theatre of Harlem returns to Kansas City Feb. 9 for a performance at the Muriel Kauffman Theatre.

Arthur Mitchell created Dance Theatre of Harlem in response to the assassination of Dr. Martin Luther King, Jr. Mitchell, the first African-American principal dancer in the New York City Ballet, grew up in Harlem. He returned there to found, with his teacher Karel Shook, a professional company and training school for classical ballet to provide inspiration and empowerment to his community amidst a period of racial strife.

This is the company’s fourth performance for the Harriman-Jewell Series. Clark Morris, executive and artistic director for the Series, worked with the company for their two previous Series appearances in 2001 and 2013 (the troupe’s first Series performance was in 1981) and has visited their school and studios in New York several times. “I’m familiar with the organization and the important cultural impact they have, so it’s a thrill to bring them back to Kansas City.”

The repertoire is grounded in the neoclassical style of George Balanchine, who created pieces for Mitchell while he was with NYCB, including the controversial interracial pas de deux of “Agon” for Mitchell and Diana Adams in 1957. DTH’s performances also feature work from resident choreographer Robert Garland, as well as a diverse collection of artistic voices through the generations. The multi-ethnic company’s productions often explore racial or political themes while mixing classical and modern technique.

Along with the professional company, DTH is a ballet school and arts education center. The organization has recovered, for the most part, from the financial troubles that led to the cancellation of the 2004-2005 season and subsequent hiatus, and the reconstituted company is growing, now under the helm of artistic director Virginia Johnson, founding member and former principal dancer. “It’s continuing to be a vibrant and important company in America,” said Morris.

The Harriman-Jewell Series and the Kansas City community have long valued the work of African-American artists, with regular appearances of leading African-American ensembles, practicing traditional, classical and modern art forms. The community also supports the Kansas City Friends of Alvin Ailey, which hosts annual performances of the Alvin Ailey American Dance Theater and local dance education programs in the 18th & Vine District. (The then-named William Jewell College Fine Arts Program was the first to present AAADT locally, in 1968, and was integral to building appreciation for the company in KC.)

Dance Theatre of Harlem is a significant cultural force, not only in their local community, and not only for the African-American community, but as inspiration for us all. The performance takes place during Black History Month, too, but the timing is serendipitous. “The company is so strong artistically,” said Morris, “that we would have (presented) it any month of the year.”

The Harriman-Jewell Series presents Dance Theatre of Harlem at 7:30 p.m. Feb. 9 at the Kauffman Center. For more information and tickets, visit www.hjseries.org.