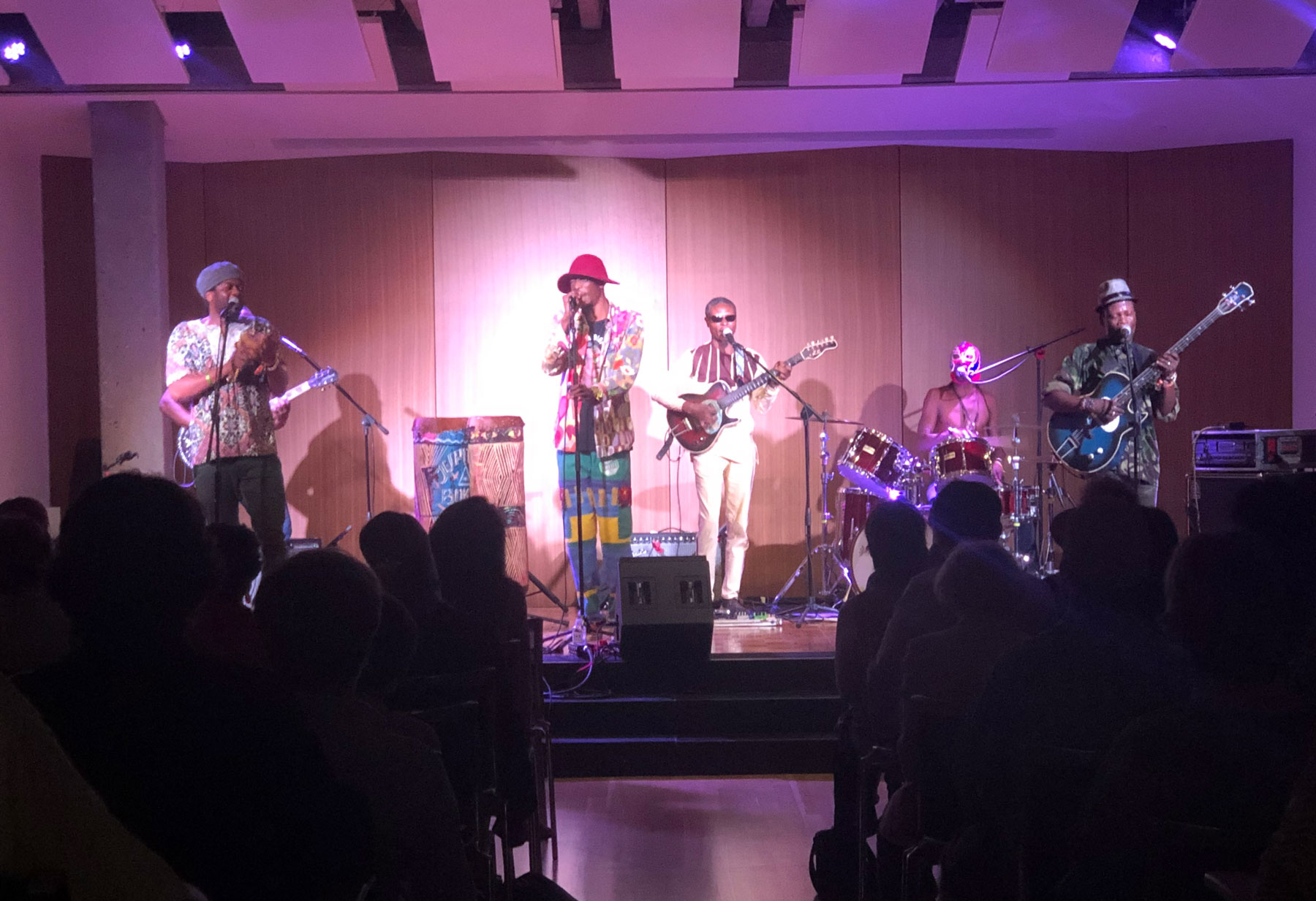 In August, the 1900 Building, a Karbank project, presented a rousing, electric performance by Jupiter & Okwess, an Afropop/funk band from Kinshasa, Congo, to an enthusiastic crowd. Steve Karbank, chairman of Karbank Real Estate Company, introduced the band and the 1900 Building’s plan for an upcoming series of world music concerts in conjunction with Kansas City’s new status as a UNESCO City of Music, part of the UNESCO Creative Cities Network of 180 cities worldwide “that have identified creativity as a strategic factor for sustainable urban development.”

Fields covered by the network include crafts and folk arts, media arts, film, design, gastronomy, literature and music. Kansas City, the only U.S. City of Music in the network (there are 31 in all), was awarded the designation Oct. 31, 2017, thanks to the efforts of Anita Dixon, principal of Sage Consulting, and Jacob Wagner, associate professor in the department of Architecture, Urban Planning and Design at UMKC.

The prestigious designation came roughly 18 months before Kansas City attained another cultural recognition benchmark: This past spring we became the first city in North America to get its own dedicated page on the Google Arts & Culture website.

The application to join the UNESCO Creative Cities Network was laborious and time-consuming. Utilizing extensive research by Wagner, Dixon, who felt a personal drive to honor local African-American musicians, past and present, began the process in early 2017. She turned in the application in June; three months later she learned it was successful. Although President Trump
has since withdrawn the U.S. from UNESCO, Kansas City’s status in the network is protected with a re-evaluation every four years.

In March 2018, the official press conference announcing Kansas City’s status as a City of Music in the UNESCO Creative Cities Network occurred at Union Station. In May, the Kansas City Jazz Orchestra and a delegation traveled to sister City Hannover, Germany, on a music tour.

The following June, the steering committee of Dixon, Wagner and Mayor Pro Tem Scott Wagner travelled to Krakow, Poland, to attend the Creative Cities annual gathering. They returned dedicated to the UNESCO mission. “We believe that creative arts and culture can be a driver for economic development, and our efforts will continually utilize our diverse cultures, talents, communities and economic resources to sustain and empower those who become a part of UNESCO’s plans.”

This past June, Dixon and Jacob Wagner presented an ambitious Kansas City proposal at Creative Cities’ annual gathering, this time in Fabriano, Italy. Their proposal, “Voyage of the Drum,” recognizes the drum as “the first cultivated musical instrument for most of humanity” and one that has always been “a cross-cultural form of human expression and cultural heritage.” For the United States, that represents 400 years of African-American history; for Kansas City, it represents our long heritage of jazz, blues and swing.

“Voyage of the Drum” was approved unanimously, with 10 countries signing on to participate. The program will be heralded at the UNESCO Cities of Music Festival in Bologna, Italy, in 2019, and at the annual general meeting in Santos, Brazil, in 2020.

Kansas City’s “Voyage of the Drum” citywide festival will run for three days in late August/early September 2021. It begins as Charlie Parker week ends. The grand finale will be a battle of the bands, “Swinging at the Station,” at Union Station, which will feature the music of Count Basie and Duke Ellington, as well as Art Blakey, Gene Krupa and Jo Jones.

Above: Afropop funk band Jupiter & Okwess from Kinshasa, Congo, performed at the 1900 Building in August in celebration of Kansas City’s new status as a UNESCO City of Music. (courtesy of 1900 Building)