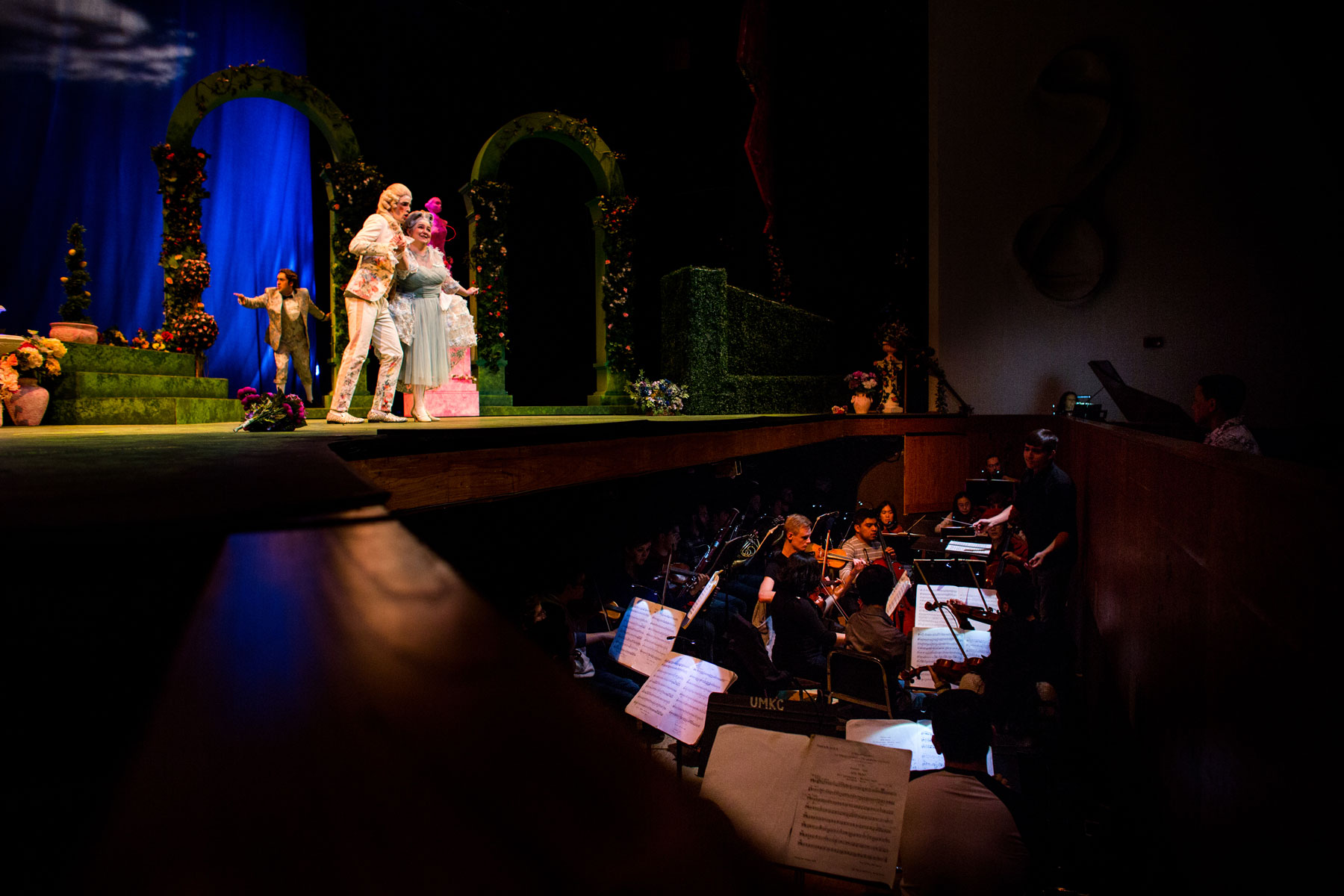 Effective July 1, 2019, the University of Missouri-Kansas City officially changed the name of its performing arts unit, formerly the Conservatory of Music and Dance, to the UMKC Conservatory.

For students and alums — I graduated from the UMKC Conservatory in 2006 with a master’s degree — it’s a welcome change. It’s also a significant public step forward, following a series of setbacks and rethinks in the past few years, as the university dealt with budget constraints, leadership changes and funding shortfalls, when a budget veto from Missouri’s then-Governor Eric Greitens sent the project spiraling.

In a message to the Conservatory community, Dean Diane Petrella stated the new name “is closely aligned with how we have always been known/referred to, and it emphasized our relationship with UMKC.”

The recent change was also due, in part, to the inclusion of the Department of Theatre in the Conservatory. UMKC was considering cutting the award-winning department in 2017, but grassroots advocacy helped leadership consider more creative solutions to necessary budget cuts and announced the proposed merger in the summer of 2018. Putting the department within the Conservatory allowed for different fiscal management and closer collaborative ties. Other significant changes include administrative restructuring as well as faculty retirements and new hires.

These changes reflect the evolving expectations for the Conservatory from the students, faculty and community.
Artistic endeavors which germinated in the Conservatory have left indelible imprints on the cultural make up of Kansas City: puppet theater programs, opera and theater companies, orchestras and chamber ensembles, an accordion orchestra, and the still-performing Mexican marimba quartet and Gamelan Genta Kasturi, to name a few.

A “world-class” arts campus was one of the Big 5 Ideas from the Kansas City Chamber of Commerce in 2011, and plans progressed to build a campus across the street from the Kauffman Center for the Performing Arts, going so far as to tear down the existing buildings on the site. But the Chamber board reframed that goal following the university funding cuts of 2017, maintaining the goal of building a “world-class” institution one way or another.

UMKC officials hope that the new building will be “a significant addition to an arts corridor,” a concept that has been tossed around for many decades as arts organizations built up the area along Brush Creek and extended beyond the Nelson-Atkins Museum of Art.

Next steps include reviewing the program needs for the different departments, estimating costs, choosing the professional teams and finalizing funding. UMKC Conservatory will need to have an operational plan in place by 2020 for the purposes of ongoing accreditation.

As the project continues to develop, it’s reassuring to note that it retains support from civic and state-level government to create a facility that that enhances the training and creative endeavors of the Conservatory community: students, faculty and alumni, throughout greater Kansas City and around the world.

Above: UMKC Conservatory and Theatre students perform together during the fall 2018 opera, “La Finta Giardiniera.” (photo by Brandon Parigo / University of Missouri-Kansas City)