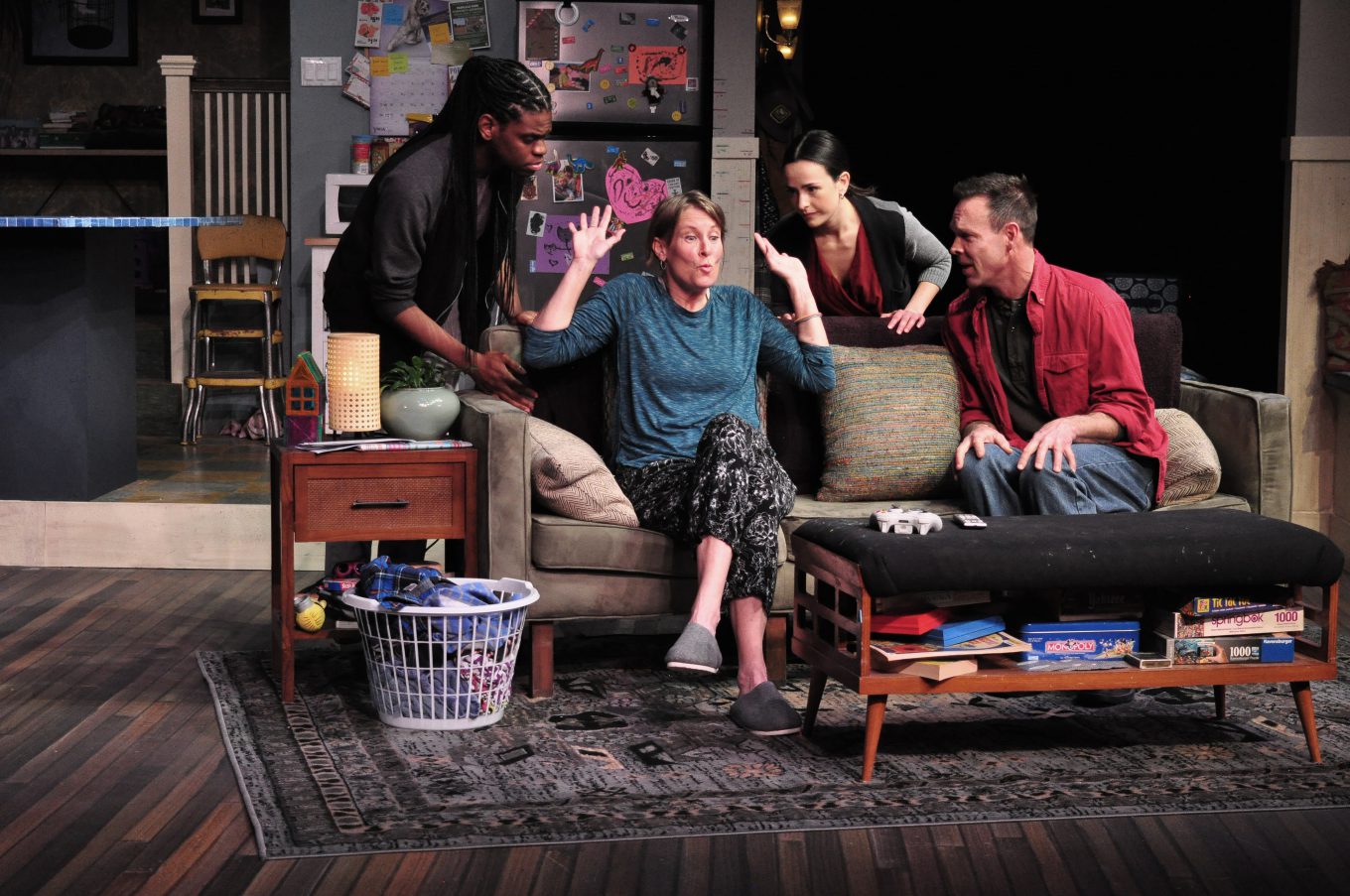 What might it feel like to actually listen to each other? To hear another’s story of love or loss or confusion or fear, and respond not by looking away or closing off, but by opening up? At the very least, it would make for a meaningful experiment—which is one way to think of Tiny Beautiful Things, an 80-minute exercise in empathy now playing in a tight yet graceful production on the Unicorn Theatre’s Levin Stage.

Before she came to be internationally known as the author of Wild—her bestselling memoir that inspired an Oscar-nominated film—Cheryl Strayed was anonymous. More specifically, she was the unidentified online advice columnist known to her readers only as Sugar. “Dear Sugar,” which appeared on the literary site The Rumpus from 2010 to 2012, is no “Dear Abby.” Petitioners dive right into explicit stories of betrayal, death, deprivation, psychological and sexual assault, and Sugar, in turn, challenges and soothes them with related life experiences of her own. Her open and vulnerable approach is, well, dramatically different.

So it makes sense that Nia Vardalos (of My Big Fat Greek Wedding fame), in collaboration with Thomas Kail (director of Hamilton) and journalist Marshall Heyman, adapted Sugar’s columns for the stage in 2016. This is the play’s first production in Kansas City.

Realized as a theatrical character—in a play set in her own private space—Sugar is not exactly anonymous to us. Before we even meet her, Ian R. Crawford’s expansive living-room/kitchen set and Eric Palmquist’s colorful props give us a sense of the creative, busy writer and mother—a bureau stacked haphazardly with journals, a refrigerator covered in children’s artwork, a coffee table stuffed with boardgames, a basket of unfolded laundry.

David Kiehl’s sound cues, primarily phone and email alerts signaling the incoming barrage of desperate pleas, provide a rhythm to the rolling encounters, evolving over the course of the play into comforting sounds of connection. The limited lighting effects, by Art Kent, shift almost unnoticeably with the mood.

In essence, the play is a straightforward, seamless series of vignettes that each begin with “Dear Sugar.” But surprises and delights await. Noack is eminently amiable and unshakeable as Sugar, whether comparing the object of a guilty husband’s wandering eye to “a motorcycle with no one on it—dazzling…and going nowhere,” or sharing explicit details of her own sexual abuse—by her grandfather, when she was only three.

The three actors in her orbit move gracefully between moments of charm, humor, and intensity, illuminating the passions of Sugar’s many questioners. Kennedy draws perhaps the most poignant assignment, a four-minute monologue as a father grappling with the death of his only child. The letter—a discombobulated list that attempts to catalog his grief—and Sugar’s similarly numbered response, prove to be the play’s climax.

Which is to say, there is a modest dramatic arc: through her own unburdening, Sugar embarks on something of a healing journey that ultimately enables Strayed to reveal her identity. But Tiny Beautiful Things is designed first to make us feel, and then to make us think.

When Vardalos’s stage adaptation debuted in late 2016, social distancing between neighbors was already a growing reality. In our increasingly trying and tribal times, the kind of empathy on display here is not just remarkable but “revolutionary,” in the word of resident dramaturg Hannah Taylor.

But if Sugar’s empathy is radical, it’s also simple, sincere, and direct. And perhaps if we strive for “anonymity”—that is, if we strip away the names and labels that we think define us, and each other—we can see one another for who we really are.

Victor Wishna is a Kansas City-based playwright, writer, author, editor, and commentator, among other things.