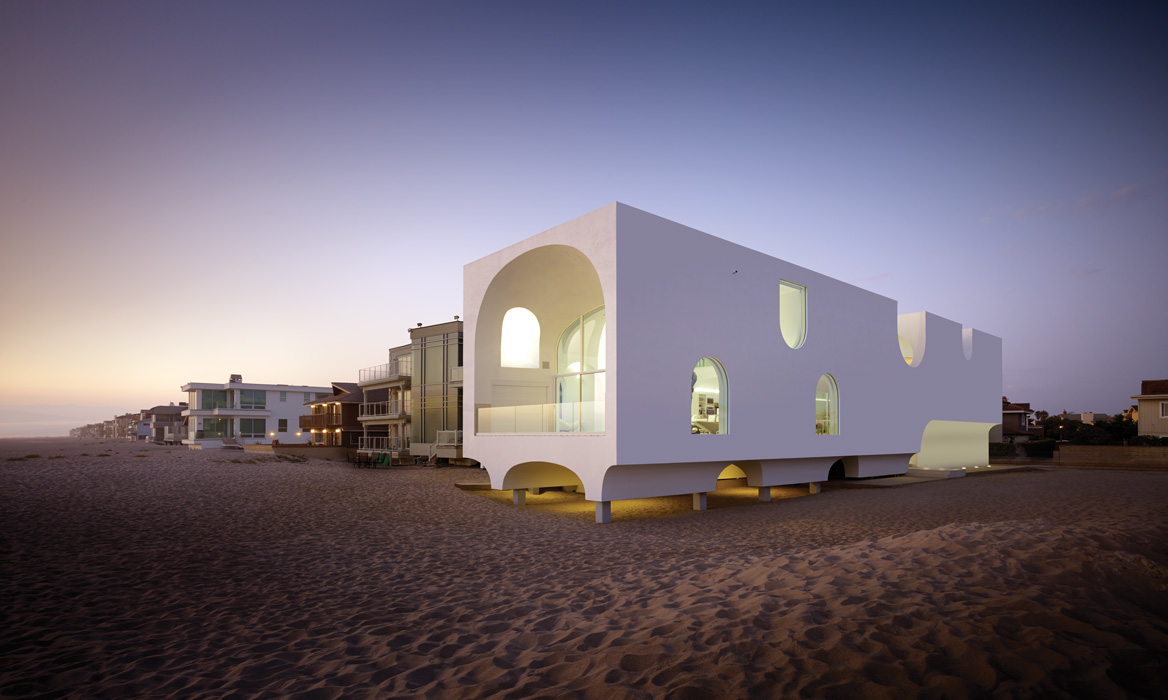 Since its founding in 1995, the Mary Atkins Lecture Series at the Nelson-Atkins Museum of Art has featured some of the most prominent figures in the arts, and, since the series refocused in 2011, it has brought in several of the most influential architects of our time. This year’s speakers fall well within that category.

Two years ago, in an article in “The New York Times,” architecture critic Reed Kroloff described Sharon Johnston and Mark Lee as “part of a bumper crop of designers whose sensibilities are bringing new depth to contemporary architecture around the world.”

Johnston and Lee founded their firm, Johnston Marklee, in 1998 and have since attracted national and international attention, winning more than 30 major awards. In 2017 they were chosen to serve as artistic directors for the prestigious Chicago Architectural Biennial, which showcased the work of more than 120 participants.

The firm has undertaken projects around the world, most recently including a major renovation of the Museum of Contemporary Art Chicago, the new UCLA Department of Art graduate students’ studios in Culver City, California, the new Dropbox global headquarters in San Francisco, and the permanent home of the Philadelphia Contemporary art museum.

The project that has made Johnston and Lee’s greatest mark in the architecture world thus far is the Menil Drawing Institute (MDI) in Houston, Texas, which houses more than 17,000 drawings collected over several decades by the museum’s founders, Dominique and John de Menil.

MDI is sensitively placed in the center of a park-like 30-acre campus, featuring the Philip Johnson-designed Menil home and Renzo Piano’s main collection building, all nestled in a residential neighborhood of low-slung historic bungalows.

MDI consists of a series of buildings, drawn together by a flat white steel plate roof, and three courtyards, designed by Michael Van Valkenburgh Associates to be an integral part of the Institute itself.
The box-like façade of steel, concrete and cedar features horizontal rows of windows and glass walls. The entrance leads to a large open space with an intricate, origami-like ceiling, which the architects acknowledge was informed by the nature of drawings on paper. Gable-like designs hover above doorways to the main gallery and administrative areas and beyond to what is often referred to as the “inner sanctum” — a cloister-like setting of a salon, library, study room and conservation lab.

In a telephone interview, Johnston and Lee described how they went about designing MDI. “We were thinking about the Drawing Institute as being a part of that family of buildings,” Lee said, to which Johnston added: “We hoped that when [it] was done, you wouldn’t be sure it came before Renzo’s building or after it, that it would feel suspended in time.” Lee added, “It’s like a chess game. Renzo made his move. We made our move. We’re curious what the next architects will do.”

In 2018 Johnston and Lee were named Professors in Practice at the Harvard Graduate School of Design. Lee was appointed Chair of the Harvard Architecture Department.

Johnston and Lee will speak at the Nelson-Atkins Museum of Art at 6 p.m. Oct. 10. For more information and tickets, visit www.nelson-atkins.org/event.