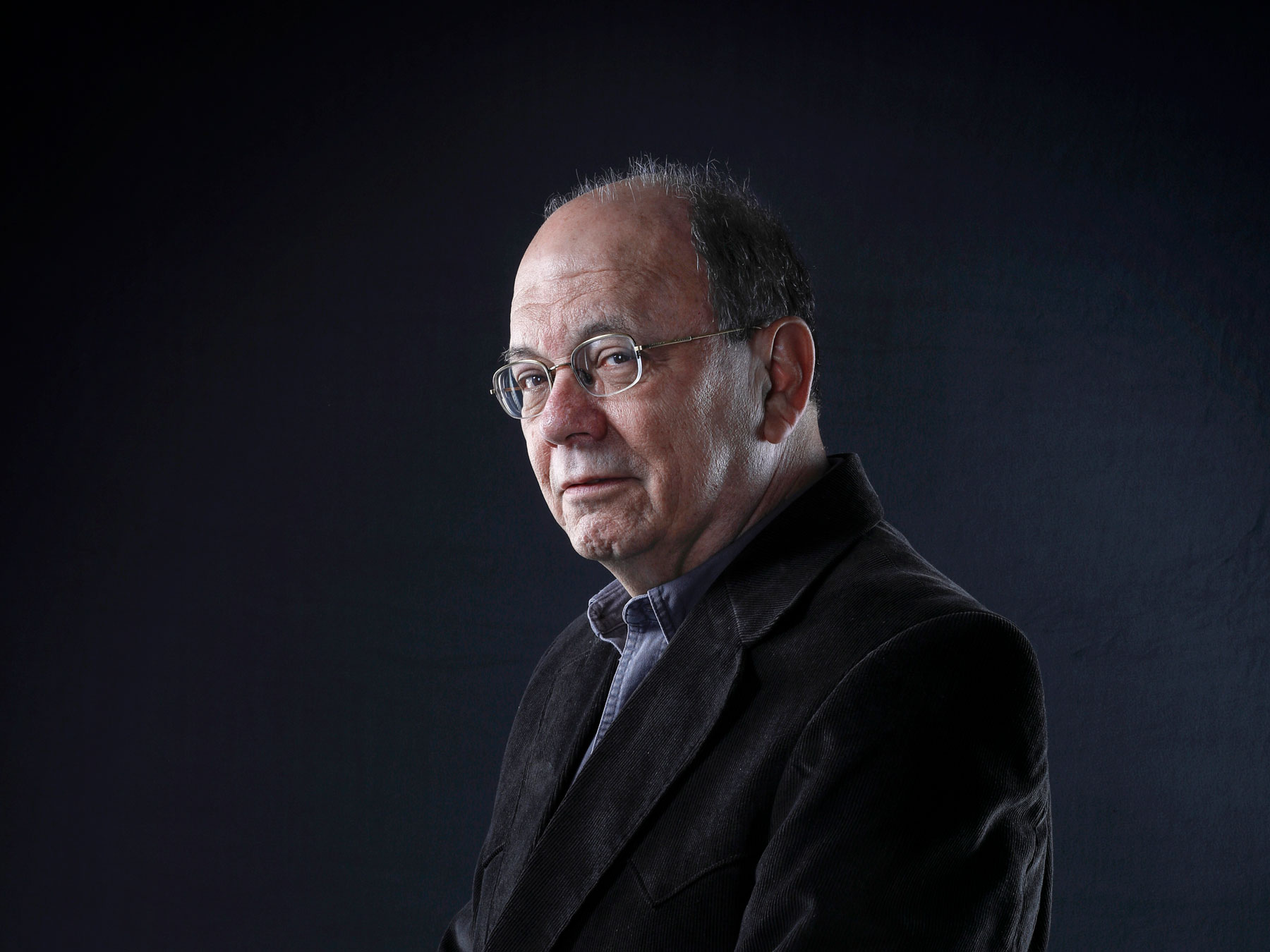 At the New Letters & BkMk Press offices on the campus of UMKC, we recycle plastics and cans almost exclusively at the direction of Angela Elam, producer and host of “New Letters on the Air” and undisputed cage-fighting champ of recycling. The University enforces paper recycling, but here, in our maze-like, three-story, century-old converted and recycled house, Angela manages the rest. She collects it and hauls it off to some unknown depository. Each new group of interns hears her lecture on what type of materials to put into her bins. She dazzles them and us with her fluency in plastic classifications, such as #3-PVC or #4-LDPE: The former cannot be recycled; the latter must be.

I have stubbornly declined to participate — to separate plastic caps from plastic bottles, bags from tubs — even though the process of reuse, recycling, and of making distinctions parallels my understanding of writing and art. In a 2009 talk, “The Power of Paying Attention,” poet Marie Ponsot observed that for writers, being attentive to small matters helps us live more intensely and stave off tedium. I should know that.

You likely know that trying to learn recycling codes or even trying to locate that little (and I mean little) “chasing-arrows” triangle encourages my brand of imprecision. Recycling contamination by people like me threatens the international recycling system, itself; yet this morning, I must have spent two or three minutes squinting at an empty coffee bag, trying to find the little (and I mean little) recycling symbol. Never did I find it; so, as they say on the sorting line, “When in doubt, throw it out.”

My studies of art and literature suggest to me, via many literary mentors, such as Janet Burroway, Colin Wilson, Helen White, John Gardner, Etheridge Knight, that personal integrity reflects itself in our writing, as well. As Etheridge would say, “We make it up.” The existential core of that position — where responsibility for the quality of our lives rests with us — turns up among all of my heroes, including Sister Joan Chittister, a Benedictine nun. “The way you speak the truth cannot be a condemnation of other people,” she said in a lecture I attended. “It has to be seen as your vision of the world as you want it to be.”

In literature, the symbol of the “chasing arrows” mimics the process of Elizabeth Bishop’s “One Art,” for example, where the line “the art of losing’s not too hard to master” chases itself down the poem to be reused over and over, but, crucially, to appear at the end — “Write it” —changed, changed utterly, to invoke Yeats, which is the point of growth in art and life, as Sister Joan tells us. Am I going in circles? Yes.

Black Elk’s circles of life within the larger circle of existence, the circles of prophetic spirituality, take us in the Bishop poem from minor losses — house keys, an hour badly spent — to the loss of love, itself. Bishop can toss aside keys, even houses, but arrives, through the process of close examination and rhythm, to the deeper meaning of her life.

Years ago, I heard Marvin Bell present a lecture on Richard Wilbur’s poem “The Writer,” where Bell pointed out how Wilbur’s initial use of the phrase, “I wish her lucky passage”— her being the speaker’s daughter, who is writing a story, and the wish being for her fulfillment as an artist — returns changed at the end of the poem, “I wish / what I wished before, but harder.”

Poems don’t forget about themselves, Bell said, making this larger point: While the phrasing is reused, the process of the poem moves the reader from clichéd and easy sentiment about life being a passage, to a more substantial understanding of insight that art demands, which is life or death, as Wilbur’s speaker says, “harder.”

You might think that the linkages I lay out here, between recycling and art, are as reckless as my past behavior. However, I am following but another mentor, Gaston Bachelard. “One must go beyond logic,” he has written, “in order to experience what is large in what is small.” In poetry, essays, and fiction, that which is given at the start returns later, bigger and in better health. Poets may rely on nuance and indirection to draw us in, but the great writers never get coy. Neither Wilbur nor Bishop, nor any spiritual leader relies on evasion. The rhythms are strong, the words clear.

Why, then, do people in charge of recycling allow such insipidly obscure little insignias to designate material that can be reused? Lay people often complain that poetry and art are too confusing, and so I toss that complaint back at them. At home, where Lisa and I keep our used, paper grocery bags, I recently pulled out an extra-large bag we had been saving, which came from our neighborhood Mexican restaurant, Salty Iguana—a regional chain — upon which had been printed in large letters down its side: “Recycle Me.”

That message will not accept my complacency. In a world of integrity, recycling emblems and messages on containers would be out in the open, as urgent and as large as the logos themselves. I am reminded of a series of haiku I once wrote based on the subject of trash.

Hurry winter.
The landfill is a mountain
needing snow.

We no longer should obscure our messages or our waste. When Angela lectures our editorial interns, she teaches them craft, structure, precision we need also in language and art. She teaches them this: If we were serious, our lives would be dedicated to understanding and remaking that which we have been given.

I glean from the message on that Salty Iguana bag and its headline-style assertiveness the same integrity of service I actually experience when ordering food there. Staff members on the phone speak clearly, record accurately; they are in complete control of their material. The greeter, the bartender, and waitress act like they own the place. When I go to that restaurant, I am aware that the people in charge have a vision of the world as they want it to be.