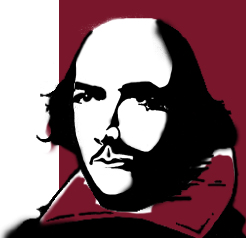 The 21st season of the Heart of America Shakespeare Festival will feature a production of As You Like It set in 1967’s Summer of Love.

The play will be performed from June 18 through July 7, 2013 in Southmoreland Park, Tuesday through Sunday evenings and Monday, July 2. No show on July 4. Admission to the Festival will continue to be free.

Executive Artistic Director Sidonie Garrett says the peals of laughter rolling through the park during the past summer’s performance of A Midsummer Night’s Dream, convinced her to select As You Like It for the upcoming season. She considered Shakespeare’s question, “Can one desire too much of a good thing?” (As You Like It, 4.1) and decided there can never be too much laughter.

Garrett says this cast of talented actors will bring the story of repression, freedom and the power of love to vivid life. The A professional production of As You Like It hasn’t been seen in Kansas City since the Festival presented the play in 2000. Garrett is enthusiastic about bringing back one of Shakespeare’s best-loved romantic comedies for a new generation of theatergoers.

Founded in 1991 by Tony-Award-winning Broadway-producer Marilyn Strauss, the Heart of America Shakespeare Festival launched its first season in 1993 in Southmoreland Park. Since then, over half a million theatergoers from 42 states and 11 countries have enjoyed the classical, professional productions the Festival presents each summer. More than 27,000 people attended during the 2012 season, an increase of 28 percent over the previous year.

Support for the Heart of America Shakespeare Festival is provided by the Missouri Arts Council, Kansas City, Missouri Parks and Recreation, the ArtsKC Fund a host of leading foundations and corporations and hundreds of generous individuals. However, Garrett cautions the Festival does not have an endowment and must raise its entire budget every year. “We need the on-going support of all our donors and fans to keep the Festival strong,” she says.

Information on making donations to the Heart of America Shakespeare Festival and details on the 2013 season can be found on the Festival’s website at www.kcshakes.org or by calling 816.531.7728.