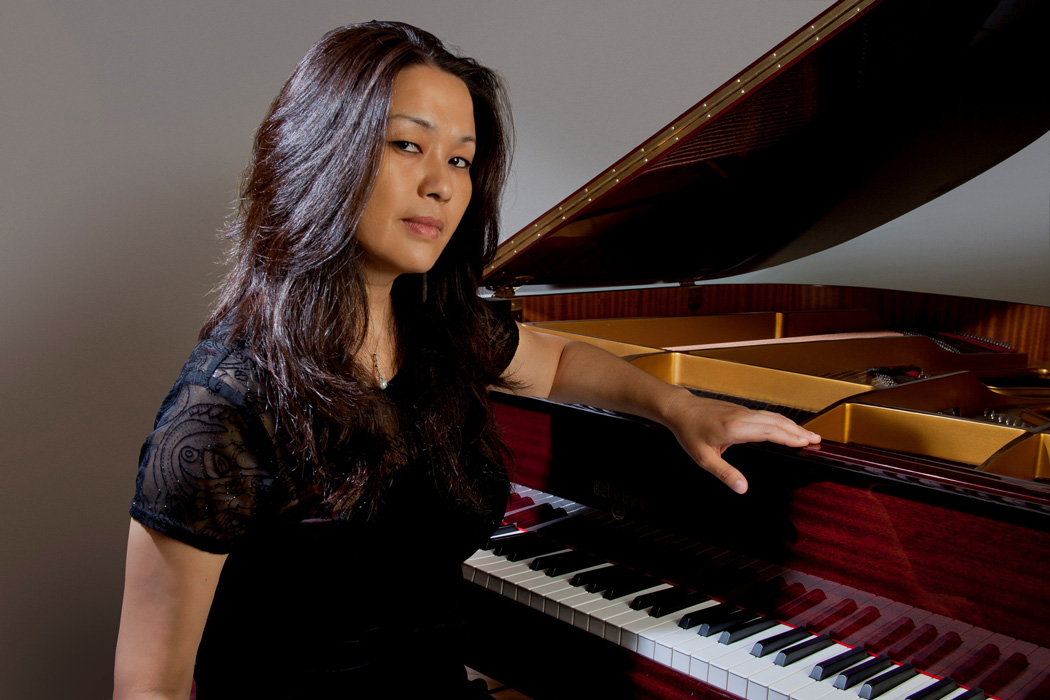 Johann Sebastian Bach’s monumental “Goldberg Variations” is at once staggeringly difficult and uniquely beautiful, challenging and enamoring musicians for centuries. Kansas City’s Owen/Cox Dance Group will display these compatible contrasts in their final performance of the season, in collaboration with pianist Kairy Koshoeva.

This is the second presentation of the work for Koshoeva and the company, which they premiered in June of 2013.

At the time, critic Paul Horsley in “The Independent” called it “an inspired and at times whimsical piece…(demonstrating) great maturity, patience and surety of purpose.” I too saw the 2013 performance and in my review for “The Kansas City Star,” I commended Koshoeva’s display of “warmth, versatility and a considerable understanding of the structure and demands of this presentation.”

Koshoeva, who is originally from Kyrgyzstan, worked on the “Goldberg Variations” as a student at the Conservatory of Music and Dance at the University of Missouri-Kansas City, where she received her DMA in piano performance in 2010. “It started to enchant me, coming alive,” she said, researching the piece while studying with Robert Weirich.

But Koshoeva’s relationship with the piece began long before, as an undergraduate at the Moscow State Conservatory, when she heard it for the first time in its entirety, performed by Ekaterina Derzhavina.

“It was my dream to play the whole thing, but of course it’s a hard thing to do,” said Koshoeva. “It’s a great masterpiece.”

The next year, her teacher, noted Bach specialist Vera Nossina, gifted her the score as she prepared for the Bach International Competition. “She gave it to me saying, ‘This is for you and I hope you will play it one day.’” Koshoeva recalled. “I still have the little note glued to the music. That’s how it started.”

After meeting Owen at a party, discovering they both spoke Russian and had a mutual friend from Moscow, Koshoeva approached her about creating movement to the music. Owen had previously choreographed sections for student pieces so she was familiar with the music, but never tackled the whole piece, which runs about an hour.

She approached the movement wholly new. “The choreography carefully reflects the structure of the music. Hopefully the audience can see the canon, the counterpoint, through the dance,” said Owen.

The 30 variations are based on the main aria (which also closes out the piece) and the intricately constructed work is an inventive masterpiece of contrapuntal know-how. And though a joy ride for the theoretically-minded, Bach’s work is infinitely listenable, whether you know your second species from your subdominant or not.

Though the piece was intended as a solo harpsichord piece, it was a common practice in the Baroque era to use dance forms in instrumental music, and Bach, too, used dance forms in some of the variations, starting with the opening aria as a sarabande, a Spanish style in triple meter. The use of the ternary structures the work, with every third variation in strict canon. Choreographers have drawn inspiration from these forms and constraints, as well as the lilting melodies and harmonic undercurrent, creating everything from highly structured works to completely improvised dance pieces.

Musical interpretation varies widely, too: tempo variances, emphasis in voicing, and opinions on taking repeats allow for a range of performance options.

While Owen’s choreography is abstract and doesn’t tell a story, she explained, “It was my intention for the dance to reflect the music’s inherent depth of emotion and expressiveness. Some of the variations are very playful, while others are more serious . . . the piece covers a wide range of emotions.”

Using recordings of Koshoeva’s interpretation, Owen choreographed during the summer of 2012. She presented a portion at the Kansas City Art Institute’s Art Sounds series that September, and continued to add sections throughout the year, culminating with the full presentation in UMKC’s White Hall. That slow and thoughtful progress matched Koshoeva’s approach, too. “It’s not like one day you wake up and play ‘Goldberg Variations.’ I’ve spent a bunch of time dreaming about it, thinking about it . . . it just kind of grows with you.”

At times, the piece took on certain dream-like aspects too, with jewel-toned costumes designed by Lily Walker and dusky shades in the lighting, designed by Rachael Shair. (An interesting and persistent myth about the “Goldberg Variations” is that the piece was written to induce sleep for an insomniac count, who employed the virtuoso keyboardist Johann Gottlieb Goldberg. Though research has proved the story unlikely — the title of the work is officially titled “Aria mit verschiedenen Veraenderungen” (Aria with Different Variations) — the name “Goldberg” is forever associated with the work.)

The resulting performance, at turns dreamy and comic, was a success. Owen said, “It was a wonderful collaboration. The music is exquisite and Kairy is such an incredible musician. She is very sensitive to the dancers’ needs … here is just a very narrow window of (tempo in which) dancers can do the choreography.”

She is excited to return to the piece. “When you revisit a work you can fine tune, enhance and change things you think can be stronger.” Being in the studio with dancers, further exploring the work’s potential, is akin to a sculptor working with clay. The dancers, a mix of OCDG regulars and Kansas City Ballet members, “bring the piece to life in a wonderful way,” Owen said.

Koshoeva, who is a faculty member at the New School for Music Study in New Jersey, will return to Kansas City to perform the work with the company, onstage, as she did before. “’Goldberg Variations’ is very rarely performed in its entirety as a musical concert. This performance is not just the music, but also an original dance piece set to it. It’s a rare opportunity for people to experience,” Owen said.

As well-beloved as the “Goldberg Variations” are, still inciting interpretative debate and intense analysis, and as well-received as the original performance was, it’s no wonder they are reprising the work. “When you love something, the appreciation just grows and gets deeper,” remarked Owen.