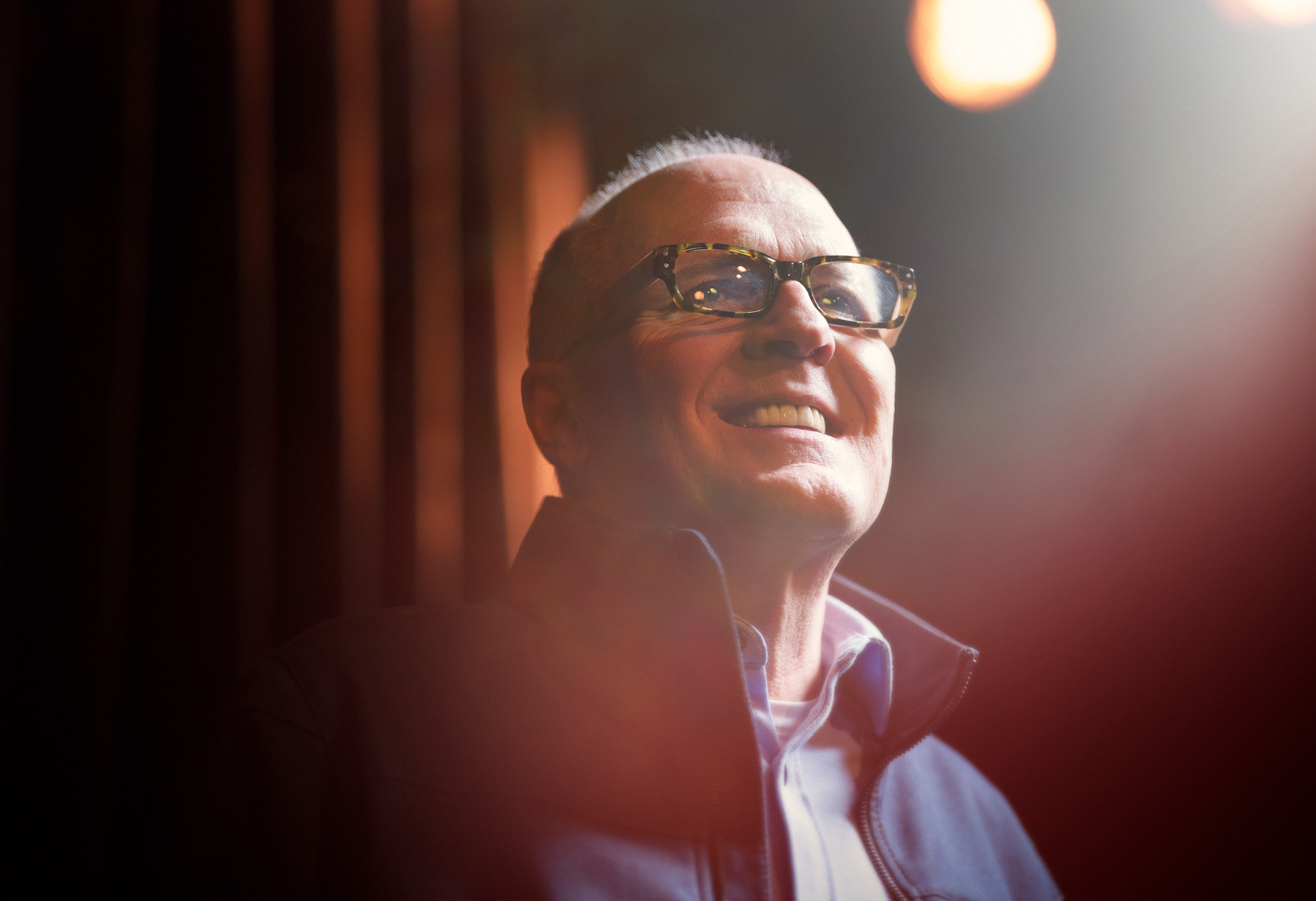 Jeff Church, artistic director of the Coterie Theatre for more than 30 years (photo by Jim Barcus)

Seems not so long ago that I wrote up my first interview with Jeff Church.

But in fact, it was 30-plus years ago, just after Church had stepped into the role of artistic director of the Coterie Theatre. In those days he was a brash young theater professional, full of ideas and strong opinions as he tried to chart a new course for what we used to call children’s theater. Under Church, the Coterie became a “young audiences theater” that produced material that alternated between holiday shows for little kids and thematically mature material that could engage middle-school and high-school teens and pre-teens.

Church, a native of the small town of La Junta, Colorado, came to Kansas City from the Kennedy Center, where he was a playwright in residence, “which meant I was really just doing seasonal contract work.” He also taught a play-writing class whose students included the young David Chappelle.

“I remember that I left Washington, D.C., and drove here in mid-December of 1990,” Church recalled. “So I drove across the country in a moving van. I think I was with my dad, and my dad drove the van and I drove my car. We got here late at night.”

Church ended up living in a building near Second and Wyandotte that had been renovated by developer Mel Mallin. Home for many years to the Kansas City Artists Coalition, it was called Mel’s ArtSpace.

“In 1990 there was not much going on in the River Market, just some pioneering artists who were down there,” Church said. “It was the Wild West.”

Church ended up living there for 10 years — a period in which he was working to redefine young-audiences theater and expand the scope of what theater for young people could do.

Church said that “talking about 30 years looking back on one’s career is personally loathsome, but it is fun to think about how many of us were back at ArtSpace.”

And the ’90s turned out to be a particularly lively era in Kansas City, when certain plays — such as the Unicorn’s production of “Angels in America”— became the talk of the town.

“Those were great days,” he said. “Those were the days of the AIDS crisis and ACT UP, and you’d see a lot of performances being done in bars and art galleries.”

“Joette (Pelster) and I both wanted to kind of age-up the Coterie so it wasn’t just for little kids. So eventually, over time and several theater renovations later, we became a theater for young audiences.”

Not Just for Little Kids

For most of his time at the Coterie, Church’s administrative partner has been Executive Director Joette Pelster. Pelster joined the organization in 1993 and has been there ever since, save for two years when she worked for the Gem Theater.

“Joette and I both wanted to kind of age-up the Coterie so it wasn’t just for little kids,” Church said. “So eventually, over time and several theater renovations later, we became a theater for young audiences.”

The Coterie occupies a space on the south end of the lower level of Crown Center. The performance area has been renovated more than once, but it’s always been an odd environment for theater, with its low ceilings and a seating area that places some viewers close to the action while others sit in a section that seems a bit like an afterthought.

But Church made the most of it and has produced and directed some memorable shows, including several iterations of the “Little House” books and other young-readers classics (“Winnie the Pooh,” “The Hobbit,” “The Little Prince,” “The Wind in the Willows”). But he also added a few horror classics (“Frankenstein,” “Dracula,” “The Strange Case of Dr. Jekyll and Mr. Hyde,” and, as part of a late-night series, “The Night of the Living Dead”) and adaptations of books and plays intended for adult readers and viewers — “Our Town,” “The Giver,” “Of Mice and Men,” “Lord of the Flies.”

Church has also reached out to Broadway composers to allow him to rethink existing shows. One of those was “Lucky Duck,” by Bill Russell, Henry Krieger and Jeffrey Hatcher, a whimsical retelling of “The Ugly Duckling” that Church first staged in Kansas City and again on 42nd Street in New York. And he has introduced new material, such as “The Happy Elf,” by Harry Connick Jr.

The Coterie, it almost goes without saying, has always emphasized diversity, a commitment that has provided many roles for theater artists of color. Most remarkable, in my book, was a series of shows directed by Oscar-winning screenwriter and filmmaker Kevin Willmott — “Buffalo Hair” and “The Little Tommy Parker Celebrated Colored Minstrel Show,” both written by Carlyle Brown, and an all-Black adaptation of Tennessee Williams’ “The Glass Menagerie.” Later the Coterie staged Willmott’s play “Becoming Martin,” about the young Martin Luther King Jr.

Pelster said Church’s drive to make the Coterie something more than a standard-issue children’s theater seemed like a logical direction for the company.

“I think to me it just seemed normal,” Pelster said. “I didn’t come out of youth theater at all. So that made a lot of sense to me, that it should be broadened to include middle school and high school (audiences). It never made sense to me that you should have theater through the fourth grade and then suddenly it just drops. So the Coterie created a real niche that nobody else was doing.”

Pelster said Church kept up with theater technology and found ways to use the performance space to his advantage.

“It’s really a classic black box,” she said. “You know, you’re not going in there and just seeing a proscenium show. The exits were always different, and he came up with the idea of (actors) going through the crowd and using that to your advantage.”

One of the goals, she said, was to make it “a theater actors wanted to work in — Equity actors.”

And indeed it is. Many of the city’s most notable performers — Vanessa Severo, Heidi Van, Walter Coppage and Robert Gibby Brand, among others — have performed there. Soon after Church arrived, he struck a partnership with the UMKC graduate acting program, so that once a year the Coterie and UMKC co-produce a show utilizing student actors and designers. He also initiated a sex education program focusing on AIDS and STDs for high schools.

“We definitely were and still consider ourselves to be a place where, as an actor, you’ll be able to cut your teeth on a real run — not just a couple of weekends,” he said.

And Church has directed adult material for other theaters, particularly the Unicorn. Church, now 60, said he has no plans to leave Kansas City — at least, not right away.

“Who knows? My mom now lives nearby,” he said. “I would say that I feel with my mom here — she’s doing well, and she drives and she’s active — I don’t see any reason to disrupt that in the immediate future. But I don’t have a crystal ball.”