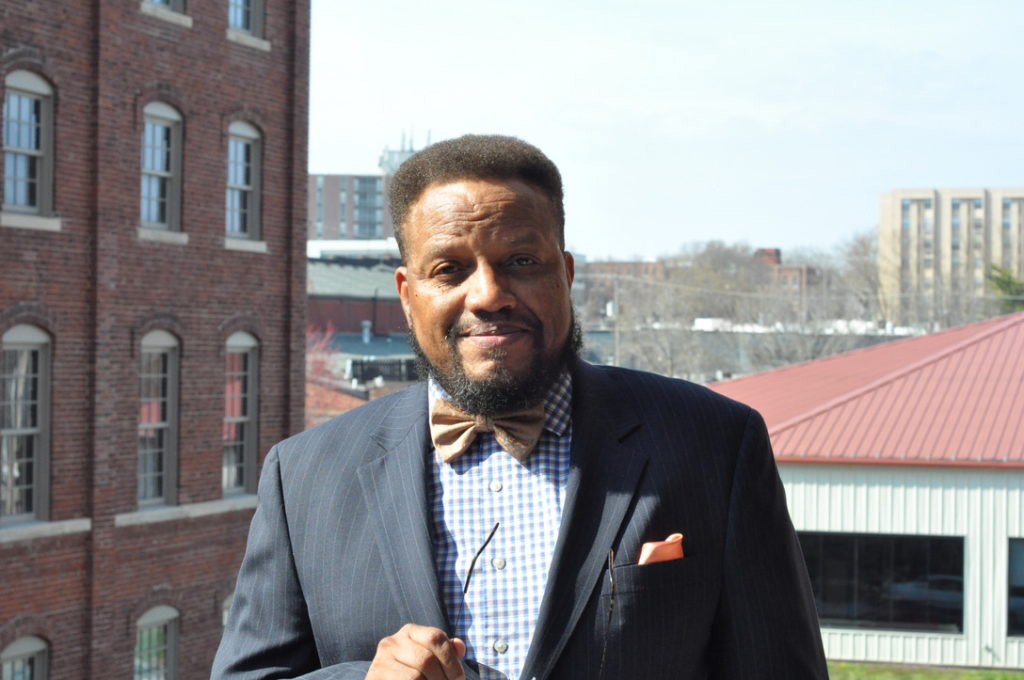 Vibration is everything!” jazz saxophonist Chris Burnett exclaims. “What we see and touch is a vibration! Everything makes a sound. If I don’t play my instrument for a day, I get out of tune. Then I play, and my instrument makes me well.”

Chris Burnett has been in a dialogue with the vibration of everything all his life, building his career as a reed player, music educator and music producer. He composes prolifically and develops jazz ensembles in and around Kansas City. The basis of his wide-ranging successes, he tells me, lies in remembering the deep structure of sound and the deep history of musical composition.

Burnett began exploring jazz as a child, always curious about the structure of each musical piece he heard. He remembers trying to understand composition when he first heard a John Coltrane recording. “When I was a kid I dropped the needle on a Coltrane LP and I couldn’t stand all that new information. There were so many notes! I mean, less than 10 seconds and I had to take it off! I set the record player at a slower speed and listened to it again, just the first 10 seconds over and over, so I could understand it.”

For Burnett, compositional insight is essential for jazz. “The romantic, dramatic idea of inspired self-expression might be a lie,” he explains. The freedom in music comes through technical mastery and knowledge of one’s predecessors. Where structure meets improvisation, Burnett finds the place to express his own sound. The hinge of form and freedom is crucial to his musical project, and he knows he discovered it through a jazz legacy: Charlie Parker understood the chordal structure of the blues so deeply that he could open and expand it, making way for new voices. “When Parker first played,” Burnett points out, “the other guys said he was playing wrong notes . . . until his voice just took over.”

Parker’s transformation of the blues carried into the jazz recordings that filled Burnett’s childhood — Art Blakey, Charles Mingus, and especially Miles Davis, whom he credits as the key messenger of Parker’s understanding. “I am grounded in the aesthetic of modern jazz . . . 1959. ‘Kind of Blue,’ ‘Giant Steps.’ Mingus. That is the music that touches my soul. That’s where it started for me and it’s where I have a voice.”

Raised in a military family prior to his career leading military bands and orchestras, Burnett sees how the service supported him. It ensured both cultural integration and reliable social order. “The military offered me a relatively safe platform to grow, based on my merit. It didn’t matter that I was a kid from Paola, Kansas, and some other kid was from New York.”

What mattered as he grew was getting the technical ground from which his own voice could grow and flourish. He found that ground in the post-bop tradition. To add to it meaningfully, Burnett has searched the possibilities of songwriting and arranging. “The idea,” he tells me, “is to mature enough to tell your own story in your own way. Being a composer sets you at a different level in that work: You know the DNA of music.” So, while grounded in late ’50s jazz, Burnett’s knowledge lets him reach into new genres and find in each that place where his own message makes sense. “In my new work you might hear contemporary classical or straight up 1950s jazz, bluesy soul or fusion or avant-garde.”

Burnett’s career allowed him to travel, and he hears how different cultures respond to the reality of sound in their own ways. “What it takes to live differs from place to place, but the laws of music are those of science, and they’re the same everywhere.” That sense of universality results in a thoughtful optimism that rings through his latest album, Echoes of Europe. To inspire its contemplative musical conversations, Burnett formed a quintet comprising himself, Italian pianist Dino Massa and a wonderfully expressive Kansas City rhythm section.

Chris Burnett, after a 22-year active duty career with military bands, operated a music store for some years and then came to his native Kansas City in 2001 to work as a jazz creative. He plays, writes, makes gracefully balanced ensembles and teaches young jazz artists. His muse, he says, is everyday life, “like when my granddaughter hands me a daisy while we’re taking a walk” — whatever emits a unique sound in the essential vibration, “that essence of music, in everything.”