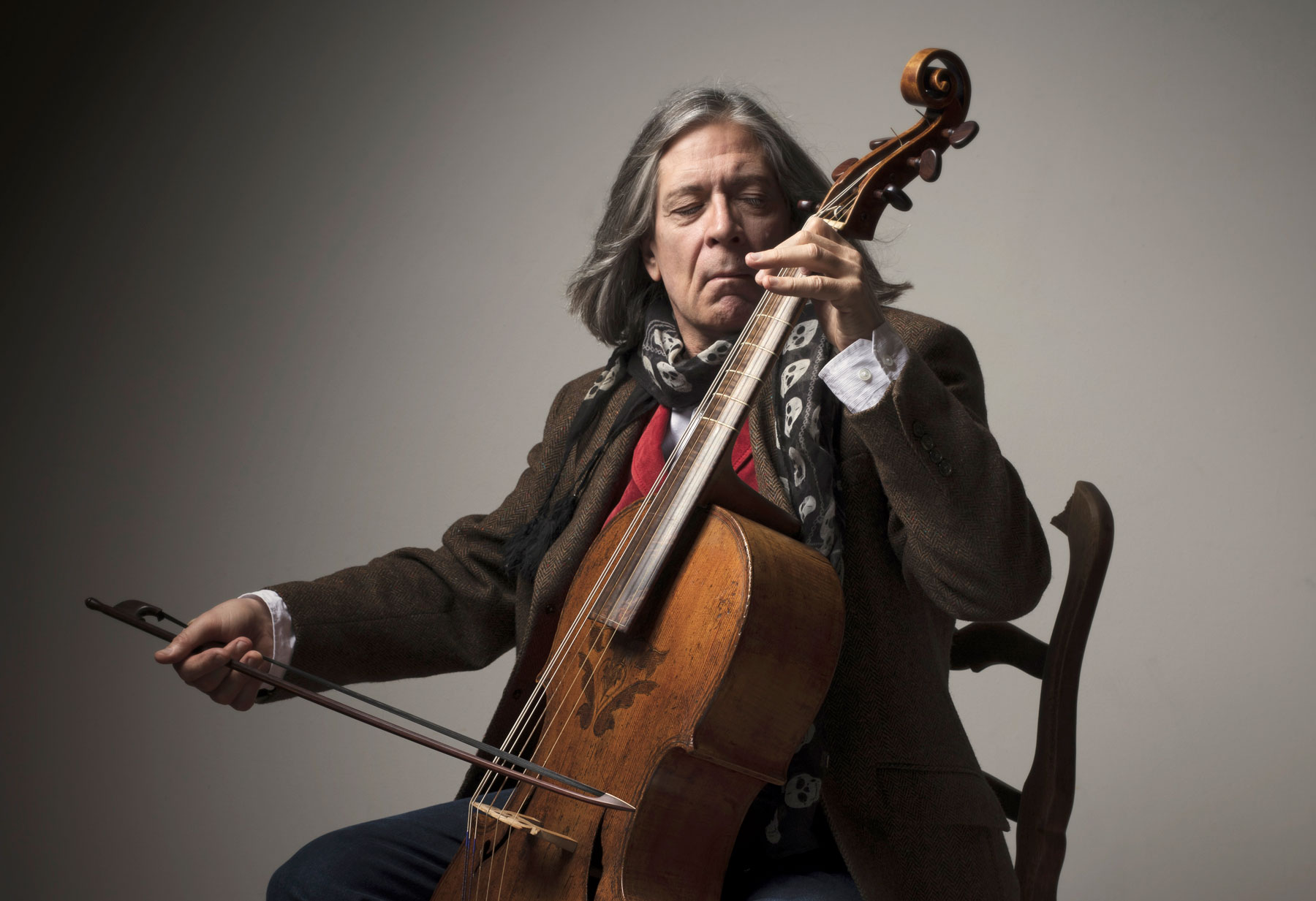 The KC Musician, a Modern Ambassador for Ancient Instruments, Will Perform July 20 at the Rime Buddhist Center

To listen to Gerald Trimble on viola da gamba is to whirl through the centuries, a cascade of cultures, countries and influences coalescing into a unique sound with ancient roots.

Trimble is a wizard, weaving spells on the knee fiddle. Or perhaps an alchemist, mixing the improvisatory styles of Celtic, Turkish and Indian traditions with 17th-century English baroque and American jazz.

Then again, maybe dervish is most apt, his energetic performances providing conduit to a heightened spiritual path.

“What I play has ancient roots, with a lineage and a tradition, and yet is not limited to that in any way, because I am also contemporary, trying to create a music that reflects our diversity of cultures today and its historical connection,” Trimble said.

“Music like this really is timeless. It is about expressing something that is sacred and primal and ancient and connects us all.”

The viola da gamba (literally: viol for the leg) developed in Moorish Spain, Europe’s conduit for knowledge of the ancient world that came with the Islamic and Jewish diasporas.

Trimble began playing the viola da gamba 25 years ago and now specializes in original instruments from the 17th and 18th centuries. For his upcoming record, he performs on a 6-string division viol, c. 1690, as well as a French quinton de viole (a small 5-string viola da gamba in a violin shape). Both fretted, bowed instruments are hybrids of the viol, violin and violoncello, producing a more powerful sound than the traditional viola da gamba.

“In a way, everything I do is a hybridization . . . what I’m trying to do is create a comprehensive sound that draws on those roots.”

A native of north Kansas City, Trimble was raised in the traditions of Western classical and African-American music. His father was a music critic for “The Kansas City Star,” his mother a founding member of the Lyric Opera of Kansas City, his grandmother a piano teacher. “I had this classical background from my family, but I had no interest at all in playing what was expected.”

At seven, when he saw the Beatles, he wanted to be a rock star. As a teenager, he became interested in jazz, studying music theory with esteemed music teacher John Elliot. At 20, interested in English folk music, he traveled to the UK: “I didn’t know anything, I was just wandering around with my guitar searching for the magic I knew was there.” By happenstance, he ran into a Scottish man who introduced him to — and into — the traditional music scene at the legendary Sandy Bell’s Forrest Hill Pub. “I opened the door and a threshold opened. I walked into this place and my life changed from that moment.”

Returning to Kansas City, Trimble started the radio show “Ballads, Bards & Bagpipes” with co-host Dave Brown, opening up KC to the world of traditional music. “I did everything I could to get good at this and to learn my craft. And also to move it on, to put my own fashion in it, through the instrument,” he said.

Lure of the East

The show lasted for 10 years, but in his 30s Trimble turned away from Celtic music. He moved to the East Coast and began studying classical Indian music with renowned Indian musician Roop Verma. Verma had a vision: that Trimble would combine Celtic and Indian styles and create a new music. Trimble then moved back to KC and studied traditional Indian singing with Hema Sharma.

“What you might call my classical music training came from classical Indian music and the Scottish classical tradition. I didn’t have any formal conservatory training,” Trimble said. While he studied written music, he also learned by rote, describing himself as an improvising, intuitive musician. “It’s all stored in my head, my tunes are all in my head, thousands of reels and jigs and many other forms.”

He moved from guitar to cittern to all manner of plucked lutes from the Middle East and Central Asia. Trimble picked up a kamanche in Istanbul, which was his introduction to bowed instruments, and traveled through Turkey as a touring musician.

“I went to learn about Sufis, the dervishes, the mysticism. I was seeking something deeper in the music, what I originally found in Celtic music, that spirit of connection with the ancient and transcendent, that I think much of our modern world ignores.”

But when he saw the viola da gamba in the film “Tous les matins du monde,” played by the Spanish early music master Jordi Savall, it captivated him. As if by fate, he was offered a set of viols a week later.

“This instrument took me on a whole new journey. It’s led me to a lot of stuff of the heart, a lot of deep sad, and good, things.”

“I have worked very, very hard, attempting to make it a complete instrument,” he said. Trimble developed his own tuning systems and his own way of playing the instrument. His distinctive style is shaped by his eclectic tutelage.

“All these people who have given me this knowledge and then the people in the ether, from the 17th century in those books that I read . . . I spend time with written music that is so old it’s like magical treatises,” Trimble said. “I love trying to get in psychically, because there’s no teacher there to tell you what it was like.”

He explores one such collection, John Playford’s “The Division Violin,” in his forthcoming album. “I was always interested in improvised music, whether it was jazz or Indian classical music, and I learned early on about this very special English baroque music.”

In “division music,” musicians divide the notes into smaller and smaller units, improvising complicated rhythms over a repetitive chord progression.

“Apparently, the English were the virtuosi of this in the 17th century. They were like the jazz musicians of the day.”

“It’s funny, my music is about unity and I play ‘divisions.’”

This is his third album on the viola da gamba (his sixth album overall). Trimble’s 2014 release “Uncharted” was considered for a Grammy Award and his other albums are valued as collector’s items.

“To make music that stands is a really special goal for me. In performance, I’m completely a dervish. It’s in the moment: it’s there and it’s gone. But the goal of the recording is to make something that will last . . . so how to make it spontaneous and golden?”

“The way I look at it is, you gotta have enthusiasm. You’ve got to feel like you want to share it with people.”

In August, Jambaroque performs on period instruments at the Festival de Musique Ancienne, Arques-la-Battaile in Normandy. They’ll preview the performance, including works from the latest recording project, at a benefit performance at the Rime Buddhist Center on July 20. They are back in KC for Irish Fest, August 31- September 2, with performances Saturday and Sunday on the Atrium Stage.