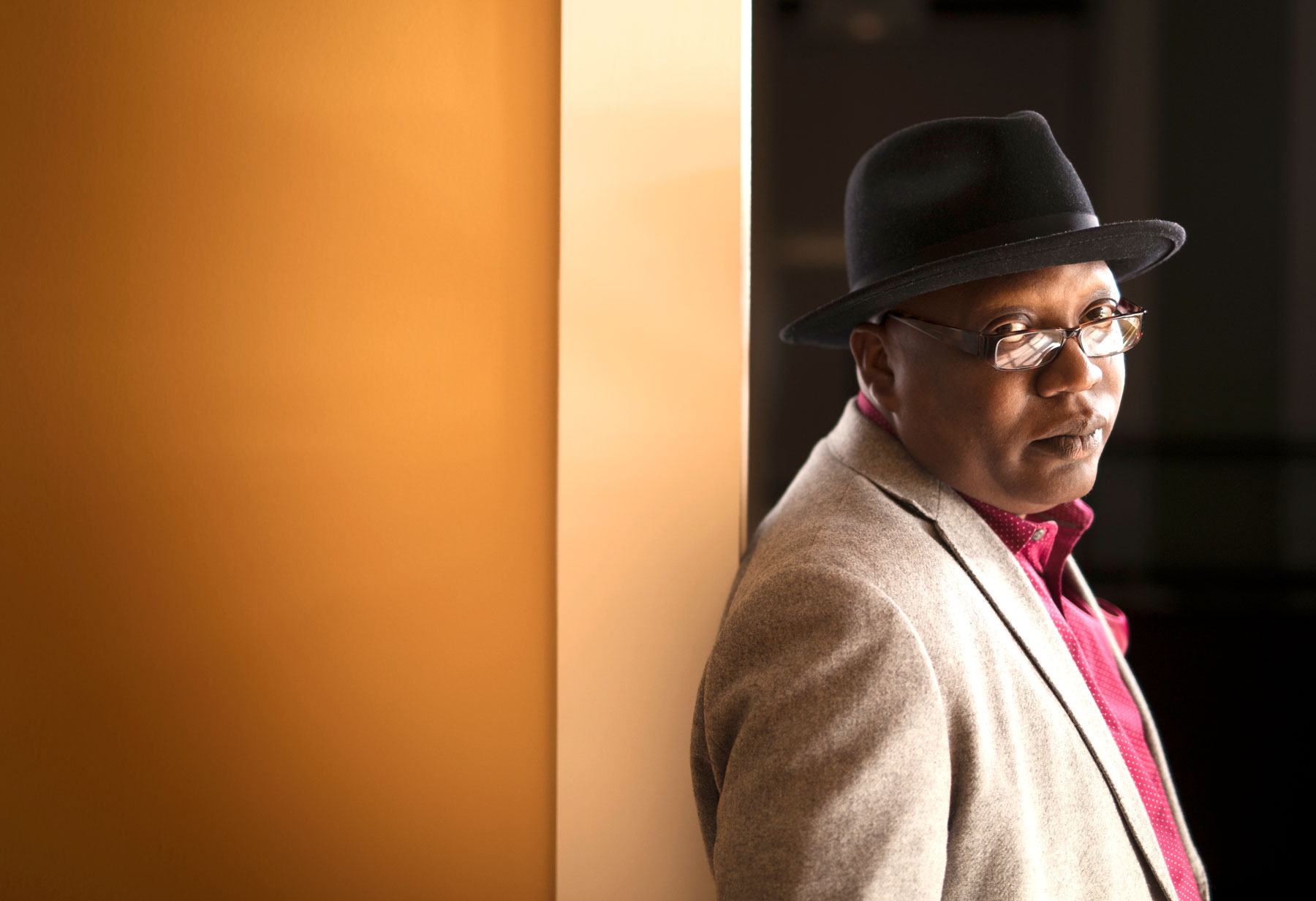 Artists have often explored connections across disciplines, resulting in work that can be as surprising as it is provocative — from theater director Julie Taymor and U2 bandmates Bono and The Edge collaborating on the troubled but intriguing musical “Spider-Man: Turn Off the Dark” to actress Tilda Swinton reclining in a glass box as part of an exhibition at New York’s Museum of Modern Art. And of course, Beat poet Jack Kerouac rhapsodizing to the rhythms of bebop combos is legendary.

So, it’s not a stretch for a Kansas City wordsmith to take to the stage or respond to visual art — strategies that have inspired poet Glenn North to create some of his best and most engaging work.

North, who was named the first poet laureate of the 18th and Vine Historic District in 2016, has had his work published in journals including “Kansas City Voices” and the “African American Review.” But he is also known for his spoken-word performances and for his collaborations with quite a few visual artists, including Ada Koch and Sonié Joi Thompson-Ruffin.

In the latter capacity, North creates — get out your dictionary or find one online — “ekphrastic poetry.”

“It just means that you’re writing poetry in response to a visual image,” said North, 51, who is director of education and public programs at the Black Archives of Mid-America. “It could be the colors that intrigue me, or the story that’s being told with the particular piece of work.”

In 2011, North lent his poetry to painter Harold Smith’s “Colors of Jazz” exhibition at the American Jazz Museum. (Smith recently celebrated North in a documentary film, “The Gospel According to Glenn North.”) Last year, the poet renewed his ongoing artistic relationship with painter Koch for “Love, Loss & Violence: A Visual Dialogue on War” at the Kansas City Artists Coalition. Also in 2017, North was part of the exhibition “Revolutionary Awakening” at KCAI Crossroads Gallery, in which his poetry complemented works by textile artist Sonié Joi Thompson-Ruffin.

Inspired by one of Koch’s “Love, Loss & Violence” paintings, North’s poem “How to Mourn a Brown Boy” reads in part: “Tell the boy to pull up his pants/ to walk with purpose, pursue greatness/ but know that it won’t protect him./ . . . If it has been 48 hours/ since your last phone conversation/ strengthen your index finger/ for numerous redials.”

Koch recalls hearing North recite “How to Mourn a Brown Boy” as “a pretty powerful moment in my life.” Thompson-Ruffin calls North “an extraordinary poet. He delves into the personal and the spiritual at the same time.”

North’s transition from strictly print-oriented poet to performer began when he was living in Washington, D.C., from 1994 to 1997.

“While I was there, I got introduced to spoken word,” North said. “I’d never even heard that phrase before, but there was a scene in D.C. — all these different spots that you could go to on any given night and perform. U Street was where things were happening, and the first time that I shared a poem, at a place called State of the Union, I got a standing ovation. It was just an incredible moment.”

The experience was a “turning point” that transformed him from “somebody who wrote poems and gave them to girls that I had crushes on” to “actually writing with the idea of sharing poems with an audience.”

Upon his return to Kansas City in 1997, North found that the spoken-word scene hadn’t yet caught on.

“There were, of course, the academic poetry readings,” he said. “But there weren’t many places where you could see that performative aspect of poetry taking place.” So North began to host a monthly open-mic event called “Verbal Attack” at Club Mardi Gras.

“It’s no longer around, but it was at 19th and Vine,” North said. “And back in ’97, I knew that there was all this excitement about bringing the 18th and Vine district back to life. I felt like that would be a great place for us to have poetry readings.

“People came out each month, and I met some incredible poets. Then I started to get invitations to write poems for different events, and I started to get asked to do workshops where I would teach poetry writing and performance.” North has also served as poet in residence at the American Jazz Museum.

The Path to Poetry

“My grandmother Louise gave me a copy of the poem ‘If,’ by Rudyard Kipling, for my eighth birthday,” he said. “And she challenged me to memorize it.” Among the British Nobel laureate’s most famous works, “If,” written in 1895, is an ode to perseverance in the face of life’s choices and obstacles.

“First, I was a little upset — because my grandmother had typically always given me really cool toys for my birthday, or clothes, or things that you would typically get when you’re six, seven or eight years old,” North said. “But once I got over having received a poem instead of a toy, I went on ahead and memorized it. And although I didn’t fully understand the poem at that time, I was really excited to be able to recite it to her.”

Shortly thereafter, he said, he began to write poems of his own. North cites poets associated with the Harlem Renaissance of the 1920s and the Black Arts Movement of the 1960s and ’70s as key influences.

“Langston Hughes, Countee Cullen and Claude McKay of the Harlem Renaissance,” he said, “and Amiri Baraka, Sonia Sanchez and Etheridge Knight of the Black Arts Movement. And if we’re talking about contemporary poets, I’m really inspired by the work of Terrance Hayes, Tyehimba Jess (winner of the 2017 Pulitzer Prize for poetry) and John Murillo.”

In composing his poems, North said, he tends to reflect on what’s going on in the world — particularly the black experience.

“Typically, an idea will strike me, or something may happen,” he said. “Say, for instance, the murder of Michael Brown or Trayvon Martin. Those kinds of things seem to continually appear in my work.

“Once I have an idea, I write down thoughts and phrases,” North said. “But very seldom am I able to compose a poem in one sitting. It’s usually over the course of a couple of days.” Often, he said, “there’s an overarching metaphor, or some kind of scaffolding, that I work the poem around.”

His approach to constructing a poem is decidedly old school.

“I don’t often compose at the computer,” North said. “I generally use a legal pad. There’s something about writing a poem by hand that works better for me. I do sometimes figure out what the last line will be, and then figure out how to earn that last line. It’s kind of like putting a puzzle together.”

In his work, North said, he’s most interested in “where art and activism intersect.

“These are not times for happy poems,” he said. “It is important to confront the truth, no matter how ugly it is. But I’m always excited about the possibility for change.”

The Nelson-Atkins Museum of Art will screen Harold Smith’s film, “The Gospel According to Glenn North,” at 6:30 p.m. April 13. Following the film, North will do a brief reading and Q & A. Admission is free. For more information about upcoming North readings and workshops, visit glennnorthpoetry.com