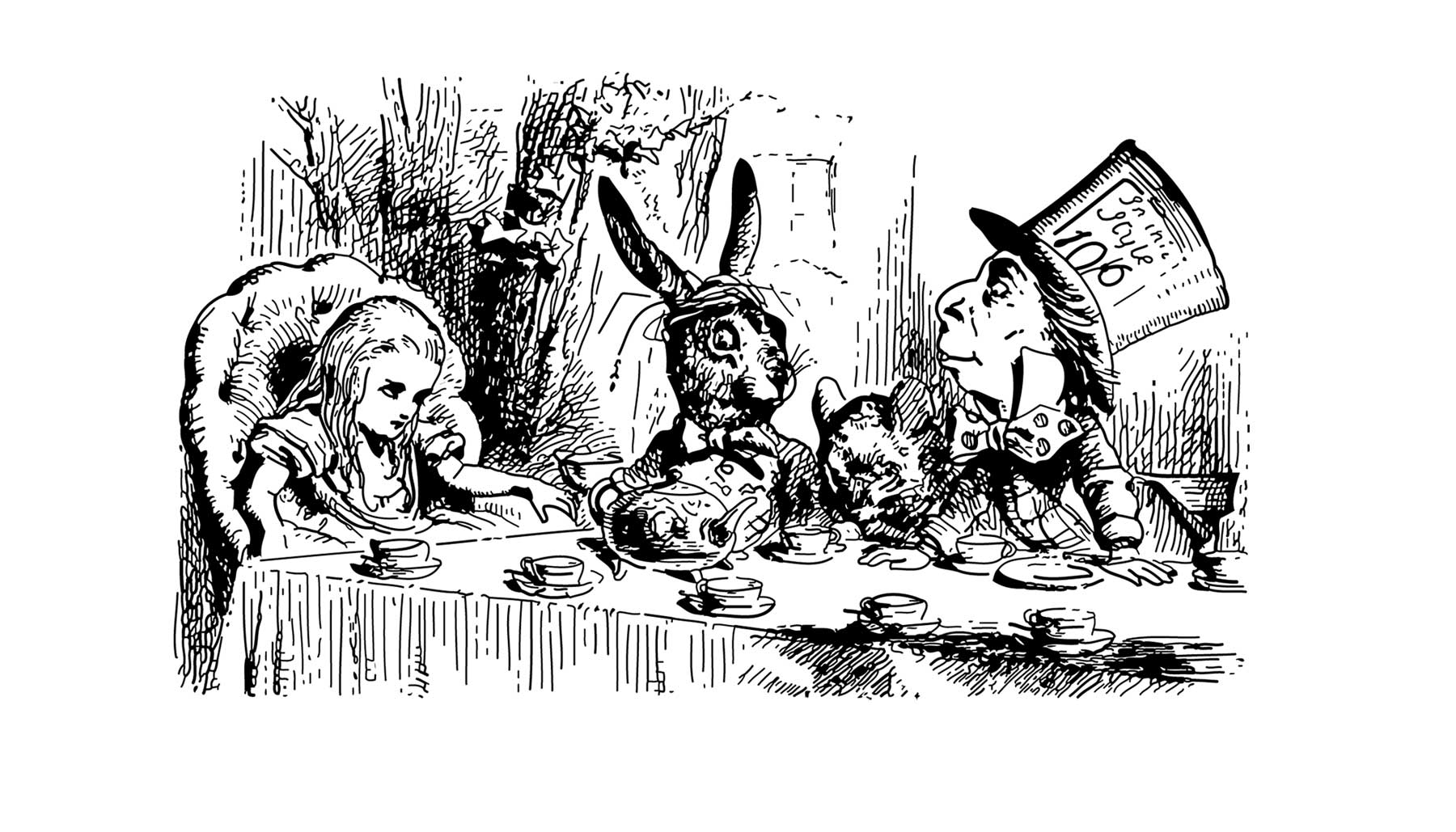 Lewis Carroll’s Alice’s Adventures in Wonderland – the tale of a precocious young girl and her subterranean encounters with the White Rabbit, Cheshire Cat, Mad Hatter, and a menagerie of other curious characters – has been translated into some 175 languages and never gone out of print. You also can take your pick from close to two dozen movie and television adaptations.

The Great City|Great Read celebration commemorates the 150th anniversary of the book’s release in 1865, joining a litany of observances worldwide.

Mark Burstein, president emeritus of the Lewis Carroll Society of North America, leads off with two discussions of Alice’s enduring impact on literary and popular culture. What is it that has inspired so many artists to reimagine Carroll’s classic? Why is it unfailingly embraced by generation after generation?

The Kansas City Public Library is steeped in this type of sweeping reading program, designed to immerse residents across the city in the same book. It has staged five in the past nine years as Big Reads underwritten by the National Endowment for the Arts. Each was successively larger in scope and popularity, with the participation count hitting a record 17,421 for the 2013 Big Read revolving around the Western novel True Grit.

A sixth community-wide initiative in the late summer and fall of 2014 commemorated the centennial of World War I, spotlighting Erich Maria Remarque’s All Quiet on the Western Front and Barbara W. Tuchman’s Pulitzer Prize-winning The Guns of August.

“Every other Big Read title we’ve selected was aimed primarily at adults. But Alice can capture the imagination and delight of readers of all ages,” says Kaite Stover, Kansas City Public Library’s director of readers’ services and program manager for the Alice initiative.

“Children are drawn to a story that features talking animals and a little girl running away from a boring afternoon … and they like Alice relying on her own wits in navigating this very strange place. Teens adore the darker nature of Alice in her new world, which makes sense because they’re just dipping their toes into their own new world. It might be frightening, but it’s frightening in a positive way, in a growing way. Adults love the witty wordplay and the sly commentary that Lewis Carroll was making on the politics of his time.”

The book is well worth another read by adults, says the Mid-Continent Public Library’s community program manager, Paul Smith. “Many of those comic and nonsensical characters that made us laugh and inspired us to keep reading when we were younger,” he says, “suggest a hidden depth when revisited later in life.”

The collaboration by the two systems – the Kansas City Public Library and its 10 locations, the Mid-Continent Public Library and its 31 branches spread across three counties – is notable. Both are recipients of the prestigious National Medal for Museum and Library Service. They have longstanding reciprocal agreements that allow area residents to use Kansas City Public Library cards at MCPL locations and vice versa, and they work to complement each other’s offerings. But this is the first time since 2009 that they’ve partnered in a reading program of this scope.

That’s atop discussions by book groups, story time and other youth activities, and a Saturday film series, among other events.

“As we were chatting,” Stover says, recalling the day the Alice idea was hatched, “we realized that there are so many interesting things you can do with the book. With music. With art. With movies.”

With an entire city.