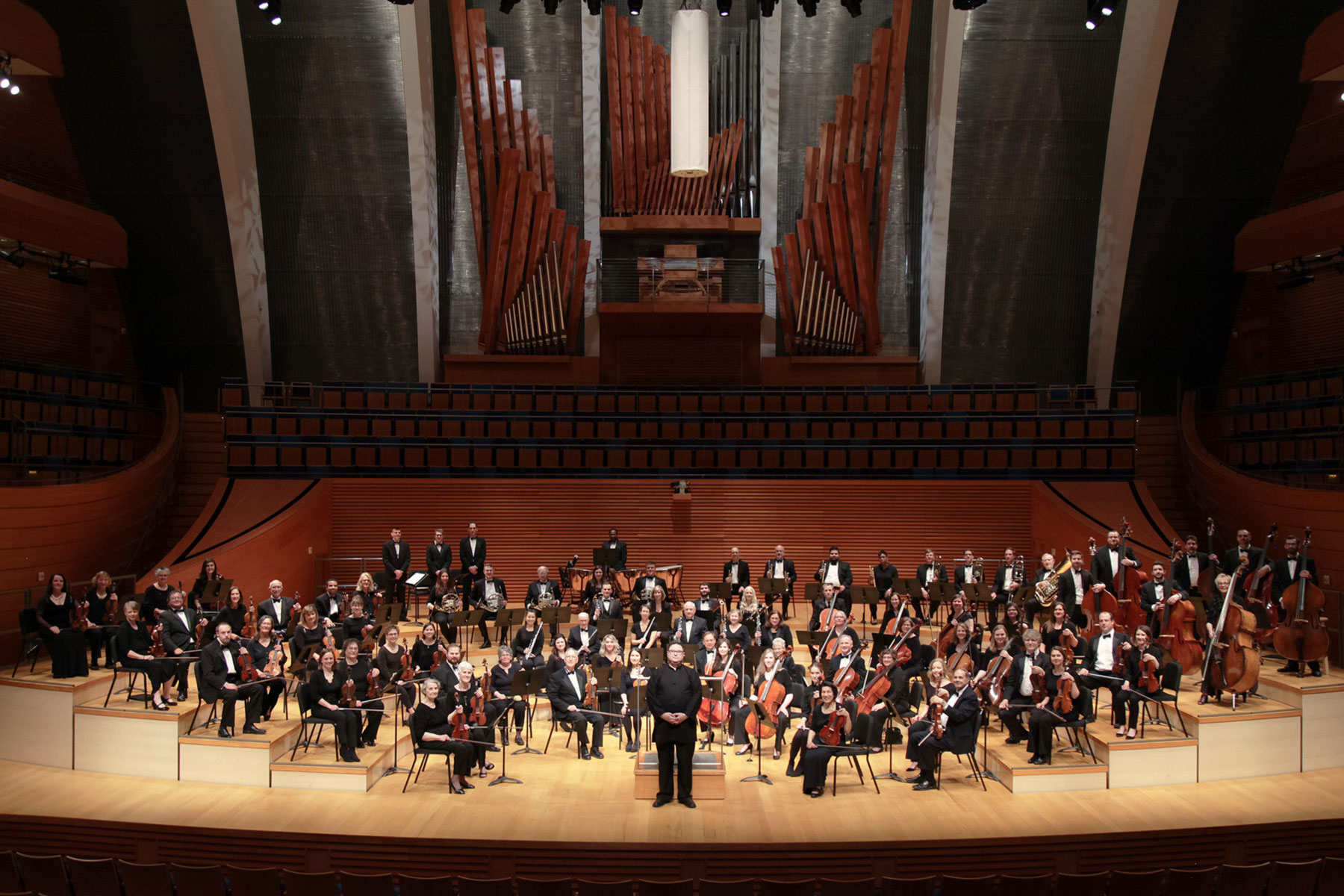 Last year, Civic Orchestra performed in Helzberg Hall for the first time. Such was the excitement and energy for the event, that three days after tickets were released, they were gone.

“The musicians, after last year’s performance, were just on cloud nine, and why not? They deserve to give a performance in a world-class venue,” said Christopher Kelts, music director. Civic is composed of both amateur and professional musicians. The ensemble continually produces high-quality performances, especially given that it is a volunteer ensemble that rehearses once a week.

“Every community orchestra is working toward the same goal: to provide an artistic outlet for its community,” said Kelts. “Not only does the mission go outward to the community, but the orchestra itself is sort of its own community.”

For this celebratory concert, they’ll perform, quite fittingly, the Festive Overture by Dmitri Shostakovich, the first movement of Jean Sibelius’ Violin Concerto, and Johannes Brahms’ Symphony No. 1.

“Playing in Helzberg Hall just makes sense. It not only beefs up our artistry from a physical aspect, but it excites us mentally,” said Kelts. “I think that’s important for people who participate in a community orchestra. This music is difficult, and they come together every Tuesday night after long days. To work toward a Helzberg concert keeps the fire inside burning.”

In keeping with Civic’s mission to provide musical experiences for the community, most concerts are free. The 60th anniversary concert is an exception, serving as a fundraising opportunity for the organization’s outreach programs, like the youth concerto competition and instrument petting zoo.

“It is important that we are extremely affordable to anyone in the community,” said Kelts. “This is the first time the orchestra has ticketed a concert since November 2009, when we had Mark O’Connor, and that was our 50th celebration concert.”

Kelts has been with the orchestra, on and off, since that 50th anniversary season, part of a long line of passionate maestros. Civic’s founder, Hugo Vianello, was 33 when he started the ensemble. He was then assistant conductor with the Kansas City Philharmonic. Vianello died last year, after a distinguished career in Kansas City and Columbia, Missouri, raising the artistic standards of those communities.

Last year also marked the passing of concertmasters Carol Chatelain and Dale Bryan. Bryan, the orchestra’s first
concertmaster, had the post from 1959 to 1966. Chatelain
joined Civic in 1972 under Jay Decker and served as concertmaster since 1975.

“Last May, of course, was her last concert,” said Kelts, who spoke fondly of Chatelain and her straightforward commitment to excellence. “It was quite fitting her last public performance would be in Helzberg Hall, because she had always wanted to play with this orchestra in that venue. It was kind of a bucket-list goal for her.”

In her honor, they renamed the youth concerto competition the Carol Chatelain Young Artist Competition. Violinist Allen Zhang, from Manhattan, Kansas, is the 2019 winner. “He played every passage with intent . . . like he knew where every note and phrase was leading,” Kelts said. “It was quite impressive.”

Identifying exceptional young musicians is one way that Civic continues to enhance the region’s cultural landscape and is an important part of its longevity. At the start of this season, violinist Keith Stanfield was designated as Civic’s new concertmaster. “His professionalism mixed with his excitement to be a part of a community orchestra is carrying on Carol’s legacy,” said Kelts.

The Kansas City Civic Orchestra “Celebrating 60 Years!” concert will be held at 3 p.m. May 4 in Helzberg Hall at the Kauffman Center for the Performing Arts. Tickets cost $20 (including fees) through the Kauffman Center box office. For more information, www.kccivic.org.