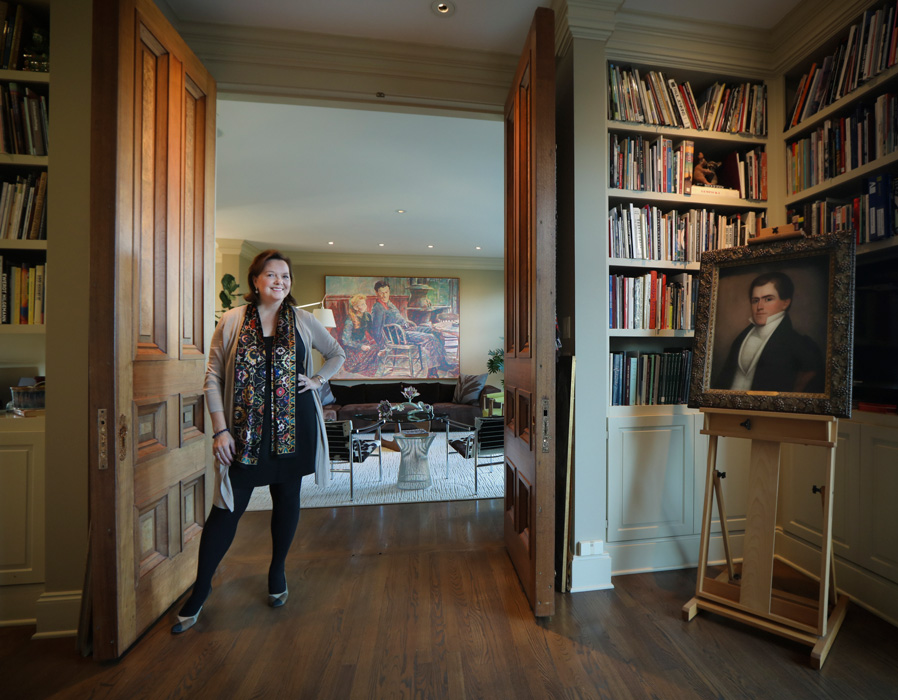 Except for the few collectors among us, most people know little about the work of fine art appraisers and the prominence in the profession of Kansas City’s Rachael Blackburn Cozad.

Cozad, the daughter of two artists, the holder of bachelor’s and master’s degrees in art history, and with nearly 30 years of experience in the fine arts, has been prominent in Kansas City art circles since her arrival in 2001 to begin an 11-year tenure as executive director of the Kemper Museum of Contemporary Art.

Prior to 2001 she was executive director and chief curator of the Cantor Foundation and curated or oversaw exhibitions and related publications at major museums nationally and internationally. Currently Cozad is leading an update of the George Caleb Bingham Catalog Raisonné, originally publishedin 1986.

In May 2012, Cozad announced that she was leaving the Kemper Museum to launch two new arts-related businesses, one of which was Madison Group Fine Art Appraisals. During a delightful couple of hours spent at her lovely Union Hill home and office filled with art, Cozad explained what an appraiser does, and why it is important.

In brief, an appraiser of fine art determines the value of fine art, antiques and the like. Appraisals are available for insurance purposes, to value charitable donations, for estate division and equitable distribution, or just to satisfy client curiosity. S/he establishes fair market value, replacement value, marketable cash value and more, each of which can be quite different. When for fun I mentioned “Antiques Road Show,” Cozad spoke to both the benefits and limitations of the show. On the one hand, the popular program has attracted thousands of individuals to the business, providing collectors the opportunity to “discover that they can turn trash into treasures.”

Although not quarreling with the publicity or the credentials of the appraisers, Cozad points out that the program has “clouded viewers perception” as to what to expect when they approach an appraiser with what they believe is a genuine Grandma Moses, discovered while cleaning out their grandmother’s belongings in the attic.

Cozad pointed out that the process of appraising a piece of art can take weeks of painstaking research and result in a lengthy report on just about every aspect of the work and artist. It is a process that she clearly loves — describing herself as an appraisal “geek.”

That began to change in 2008, when the sub-prime mortgage crisis, often the result of bogus appraisals, forced not only changes in real estate appraisals, but also personal property appraisals. Today, in an effort to standardize and more closely regulate the field, professional appraisers like Cozad, after presenting appropriate credentials and passing specialized exams, are certified in the field.

Cozad is a certified member of the Appraisers Association of America, whose members adhere to the Congressionally recognized Uniform Standards of Professional Appraisal Practice and its Code of Ethics.

The most important result of certification is that her appraisals are legal documents, accepted in courts of law and by the Internal Revenue Service. Appraisals by certified appraisers are now standardized, and the appraisal process transparent.

As Cozad made clear, appraisal work requires “connoisseurship” and access to market data, both of which come only from years of study and experience in the art world.

When preparing to depart, I asked Cozad about her most enjoyable projects as an appraiser. She spoke of work on private and corporate collections, but she was especially excited about her current project: appraising the dozens of public art projects completed under Kansas City’s One Percent for Art Program, begun in 1986.