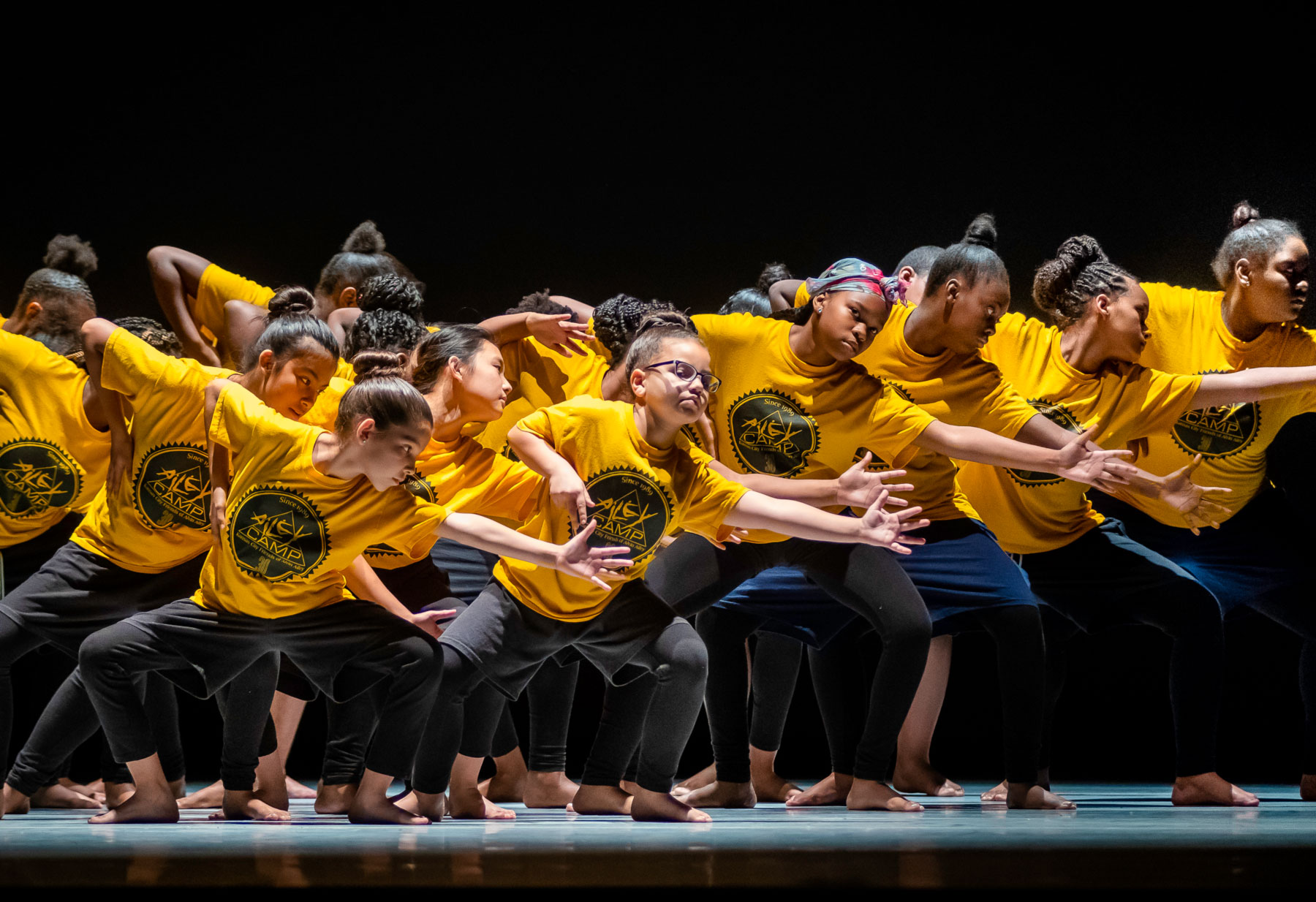 The organization was formed to support the mission of the Alvin Ailey American Dance Theater “at a time that was crucial to their survival, when Alvin came to Kansas City in 1984 to explore Kansas City jazz,” said Tyrone Aiken, chief artistic officer of KCFAA.

That was 35 years ago, but the relationship goes back to 1968, with the excitement stimulated by the first performance of Ailey’s groundbreaking dance work, “Revelations.” The connection between Kansas City and Ailey’s legacy has continued to develop and strengthen.

“The first ballet that he made after we established Kansas City Friends of Alvin Ailey as the second home was ‘For Bird With Love.’ Also, the last ballet Mr. Ailey actually created, which was ‘Opus McShann,’ in 1987, was a tribute to Jay McShann and Kansas City jazz.”

“We are proud of the fact that we are rooted in the historic 18th & Vine Jazz District, offering free classes to over 140 students each week,” said Aiken. “Those classes are made available to underserved youth because of the generosity of the Kansas City philanthropic community.”

That community comes together for the annual gala. This year’s celebration, on May 4, includes special appearances by AAADT’s artistic director emeritus Judith Jamison, who took over leadership after Ailey’s death, and current artistic director Robert Battle, whom Jamison selected to expand this legacy.

The event also includes a performance by AAADT’s Ailey II company. Presenting the Ailey dancers is an essential component of the Kansas City organization’s mission. Last fall, the Ailey Trio came to KC for 16 performances throughout the community.

“We celebrate the fact that we have been innovative in creating arts education dance programming, which isn’t in many schools, so many people may be introduced to dance through Kansas City Friends of Alvin Ailey,” said Aiken.

The mission of dance education and presentation extends far beyond teaching steps and styles. Students also learn life skills and creative thinking. In fact, one of Ailey’s last and lasting contributions is the annual AileyCamps.

“Mr. Ailey created AileyCamp in 1989 with the Kansas City Friends of Alvin Ailey. It started here in Kansas City and it is still replicated across the nation, currently in 10 cities across America,” Aiken said. These award-winning summer camps serve 1,000 children annually.

KCFAA’s multi-faceted mission also creates learning opportunities for adults, starting with the annual Symposium on Race, Place and Diversity in 2015. Though the original intent was to do the program for five years, they will continue the symposium into 2020 and beyond. “I think those conversations are helping our artist community but also the community at large, to understand the importance of tackling issues of race and inclusion,” said Aiken.

Along with a full roster of weekly classes and performances throughout the year, such as the annual “Setting the Stage” performance, which traces the history of African American dance, KCFAA started hosting free hip-hop classes on First Fridays, another way of bringing people into the district for fun, family-oriented programming for all ages and skill levels.

The best dance partnerships are built on resiliency and trust. Kansas City Friends of Alvin Ailey’s partnership with the community includes the resilience to maintain a legacy while moving it forward and trust that dance experience can contribute to social good.

Above: Participants in Ailey Camp, an award-winning summer camp program started in Kansas City, show off their moves in 2018. (photo by Mike Strong)