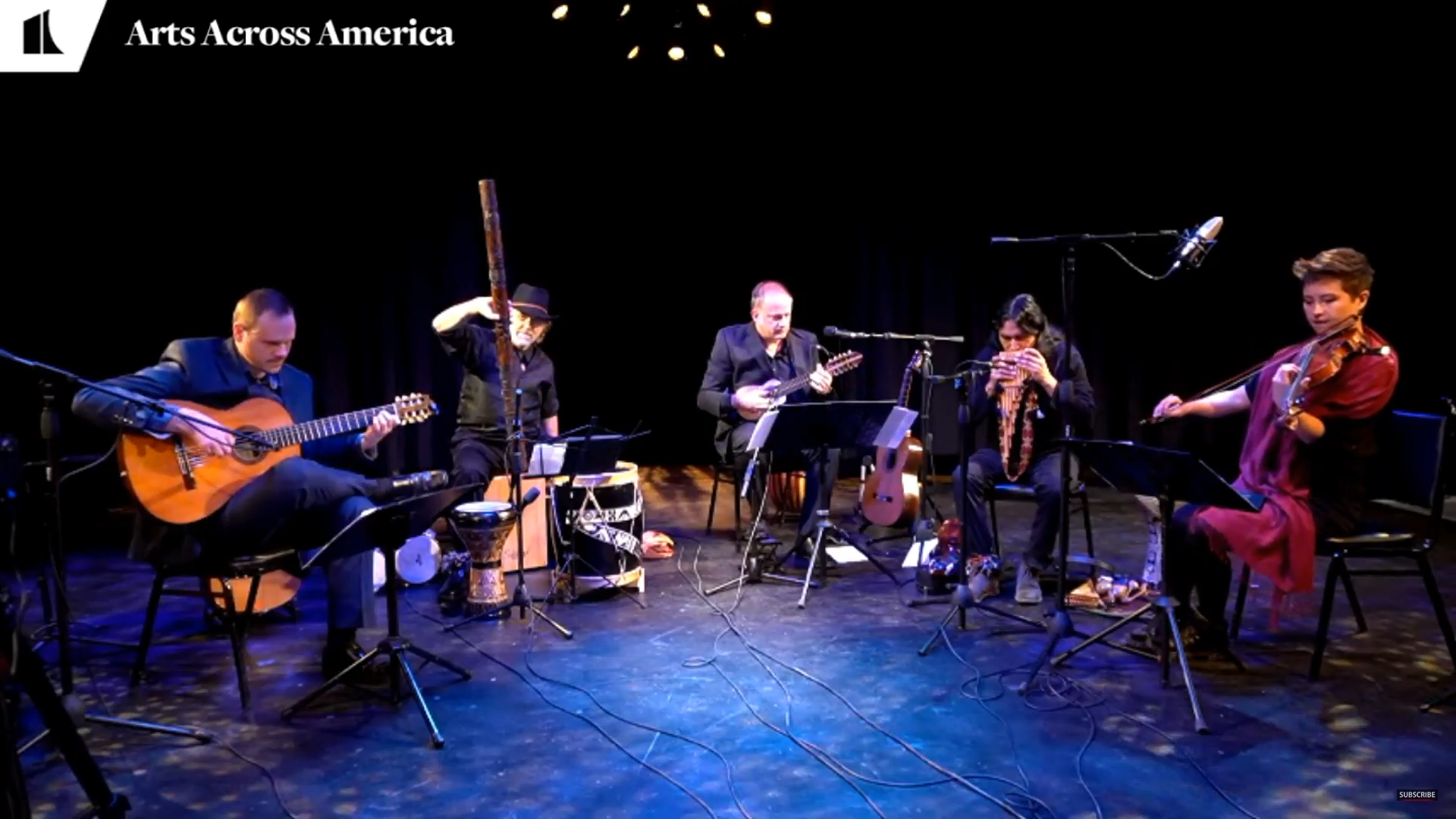 Just like everyone, everywhere, the venues and arts organizations in our nation’s capital are not immune to the effects of the pandemic. To reach beyond its darkened curtains, The John F. Kennedy Center for the Performing Arts opened up its Digital Stage to feature a legion of artists in the series “Arts Across America,” sponsored by Facebook.

For 20 weeks, live, one-hour sets each weekday share the music, dance, theater, and poetry of a community with a world-wide audience. By the end of the series, in December, 200 performances, 200 hours of the country’s finest regional artists from our states and territories, will be available for viewing, sharing, and exploring.

In our region, The Kennedy Center partnered with the Mid-America Arts Alliance, selecting groups from Missouri, Kansas, Nebraska, Texas, Arkansas, and Oklahoma. The series features artists from the Midwest on Tuesdays.

So far, Kansas City has provided two performances, proud representations of the diversity of expression—both homegrown and imported—available in our community: African American artists Glenn North and Eddie Moore and the multi-culturally-influenced Ensemble Ibérica.

For the first volley of performances, on August 4th, poet Glenn North and keyboardist/bandleader Eddie Moore collaborated on “Black Tide Rising: Poetry in Pursuit of Social Justice,” combining spoken word and music, broadcast from the Bruce R. Watkins Cultural Heritage Center with the help of One Kansas City Radio and its founder, Gunard Polite.

Bold paintings from artist Harold Smith, and an enlarged photograph of saxophonist Charlie Parker (born in Kansas City, Kansas; buried in Kansas City, Missouri), set the backdrop for an expression of African American history in Kansas City and the continuing quest for racial justice. North, executive director of the center and poet laureate of the Historic 18th & Vine district, advocate, educator and cultural guardian, serves as guide through the performance, explaining the genesis of his work and significance of his influences.

“I don’t write a lot of happy poems, but these are not happy times,” North said.

“How to Mourn a Brown Boy” hit especially hard, as though talking to a mother who must prepare for a seemingly inevitable premature death of a son, even in utero.

Moore (who performed masked) is one of the most innovative players in Kansas City right now, with an eye on each coast, and a recent album release with his group We The People. He contributed a trio of solo pieces to the performance.

However, their message is ultimately one of hope, the demand for equity, this “Black Tide,” even as they acknowledge those who have been sacrificed to racial injustice.

It’s a powerful performance, especially considering its 826 views, more than could be expected for any in-person performance right now, given the limitations on venues, spaces and travel.

On October 27, Ensemble Ibérica presented “Cruzando,” crossings, bringing together music from pre- and post-European colonization of what became the Americas, generating 1,218 views. They were broadcast from the MTH theater, with technology run by Matthew Dunehoo and Neil Battrum in a multicamera setup.

Ibérica strives for authentic performance practices from all over the world, presented by versatile multi-instrumentalists and featuring, here, music from Bolivia, Chile, Cuba, Spain, Ireland, Turkey.

It’s a nimble, uplifting set, moving quickly from piece to piece, with minimal commentary, though there are gaps, of course, from the missing exchange of applause and recognition that traditional performance incorporates.

For this show, they selected music from some of their more recent programs, revealing a “sampling” of styles, said founder and artistic director Beau Bledsoe. Bledsoe plays guitars and oud, with Michael McClintock on guitar, Cuban tres and palmas, percussionist John Currey, multi-instrumentalist Amada Espinoza on sicus, charango, palmas and percussion, and violinist Coleen Dieker.

While each piece was a delightful interpretation of a particular style, “Carmina Viejo” from Chile and “Hicaz Mandira” from Turkey, stood out.

No one in the ensemble wore masks for this performance, though most of them could have with no detriment to their musicianship. In an email exchange after the performance, Ensemble Ibérica confirmed that the decision was not made lightly, and that they wore masks for load in and out, as did the crew, and only took them off once seated. Bledsoe has been in conversation about safe performance with artists all over the world, as well as those in Kansas City, to determine safety and comfort level as they continue to provide opportunities for live performance.

It’s the big question as we enter the cold months here in the Midwest when outdoor performances are impractical. How will artists and audiences interact safely? What is our obligation to communicate these choices and what is our understanding, as audience, to recognize that decisions within a small group do not represent or undercut that obligation to society at large? There is no one answer, but throughout these “Arts Across America” performances, 60 so far, there’s a variety of approaches to observe.

Part of the Kennedy Center’s goal was to “uplift & showcase artists” and as such, scrolling across each video the banner included payment information, for those who are able to support the artists they admired. Without face-to-face audiences, the comments section, too, serves to connect the dispersed audience with the artists, even over time, as performances are discovered, shared, and enjoyed.

“Arts Across America” continues until December 11, with live performances each weekday at 4 p.m. Eastern Time, available on Facebook Live, The Kennedy Center website and on YouTube, and archived afterward.