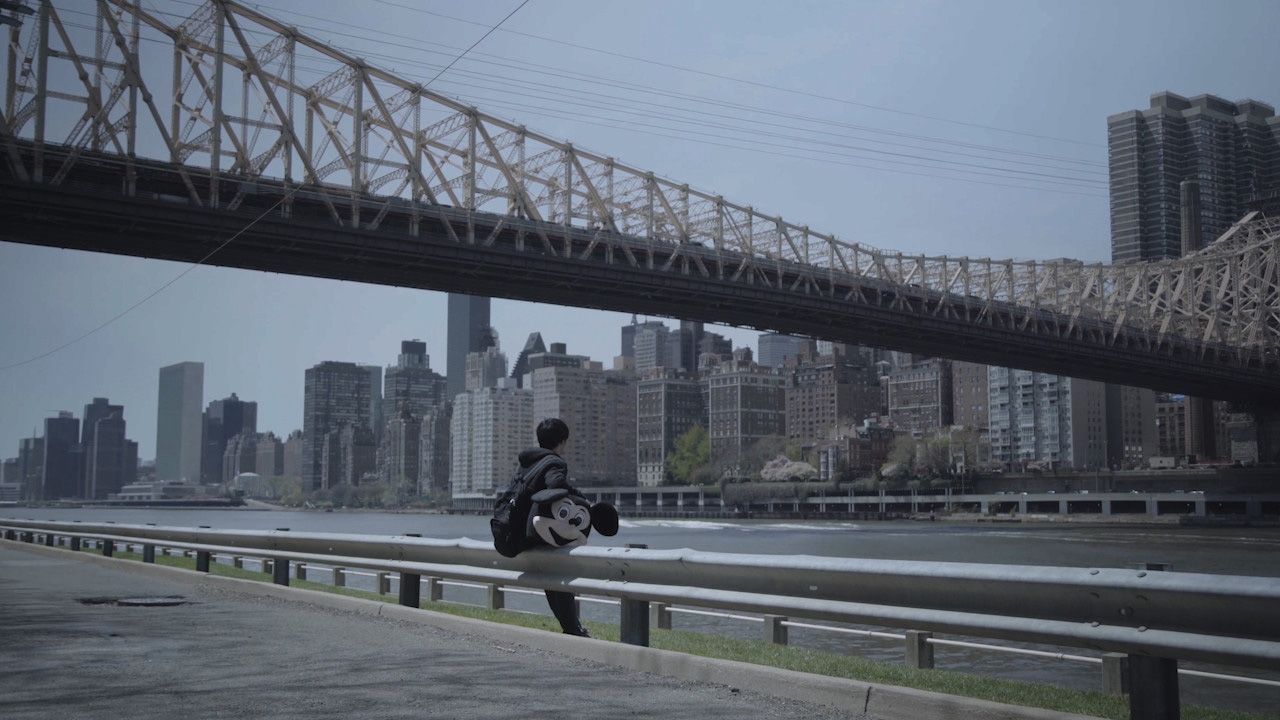 Director Juhyoung Ra’s “Atlantic City” tells the story of MK, a Korean teen who moved to the U.S. and ended up in a homeless shelter. (from the artist)

Showcasing Intensely Personal Visions from Filmmakers Around the World

That unusual opportunity will be presented to probing cinephiles at the inaugural Kansas City Underground Film Festival running March 12 – 22 at the Westport Coffeehouse Theatre.

“There are a lot of great movies that people don’t get to see,” said Willy Evans, the free festival’s 27-year-old director and co-founder. “The goal is to get movies to people and people to movies. Almost all of the films we are showing will be receiving their Kansas City debut.”

More than 700 independent filmmakers in more than 60 countries responded to the festival’s open call for submissions via the online platform FilmFreeway. Evans and festival cofounders Kari Bingham-Gutierrez and Courtney Bierman whittled their bounty down to 37 hours of programming comprised of more than 60 short, mid-length and feature films imbued with intensely personal visions.

“We have films that were not created with the intention of distributing the movie and making a profit,” Evans said. “Pretty much everything we’re screening was made with the mindset: ‘I have this idea,’ or ‘I’ve found this group of people, and there’s a story to tell, and I’m going to tell it.’

“It’s like Arthur Miller talking about writing ‘Death of a Salesman.’ He would wake up every day and see (the play’s title character) Willy Loman standing out on his lawn until it was finished. He just had to get it out of him.”

The festival’s “wide-open” approach to content will embrace a diversity of inventive takes on such standard genres as drama, comedy, romance and horror, “although it’s tough to put the stories that these filmmakers are trying to tell in a bucket,” Evans said.

An entire evening of the festival will be devoted to films from Iran, including “Passport,” about a passport photographer in Iran who isn’t allowed by authorities to travel out of the country; “Horse,” which follows a wandering man who might be homeless or simply out of a job; and the world premiere of “You Be the Judge,” a documentary detailing the filmmaker’s struggle in seeking justice for his father’s wrongful death in a traffic accident.

“One of the best ways to understand a culture is to understand its cinema,” Evans said. “And when you watch Iranian movies, you realize, ‘Oh, these people who are in the news and there’s all this tension around them, they’re people who have the same emotions and feelings as we do.’

“(Film critic) Roger Ebert said that movies are an empathy machine. And so, if you broaden the kinds of films that you see and especially the kinds of people who are making them, then you’re broadening how you are able to look at the world and empathize with other people’s perspectives.”

Because the festival features such low-to-no-profile films, Evans said, audiences can come at them fresh. That’s the opposite of mainstream movies, which are typically predigested in the media through systematic preview clips, stories and interviews.

“It’s very rare that you will get to go to a movie where you know little to nothing about it, and you don’t have somebody already giving you an opinion,” Evans said. “When you have to completely determine your own opinion about a movie, it really gives you a chance to examine why you feel that way. So even if you didn’t enjoy the movie, you have to come up with the reasons why you didn’t. That’s worthwhile.”