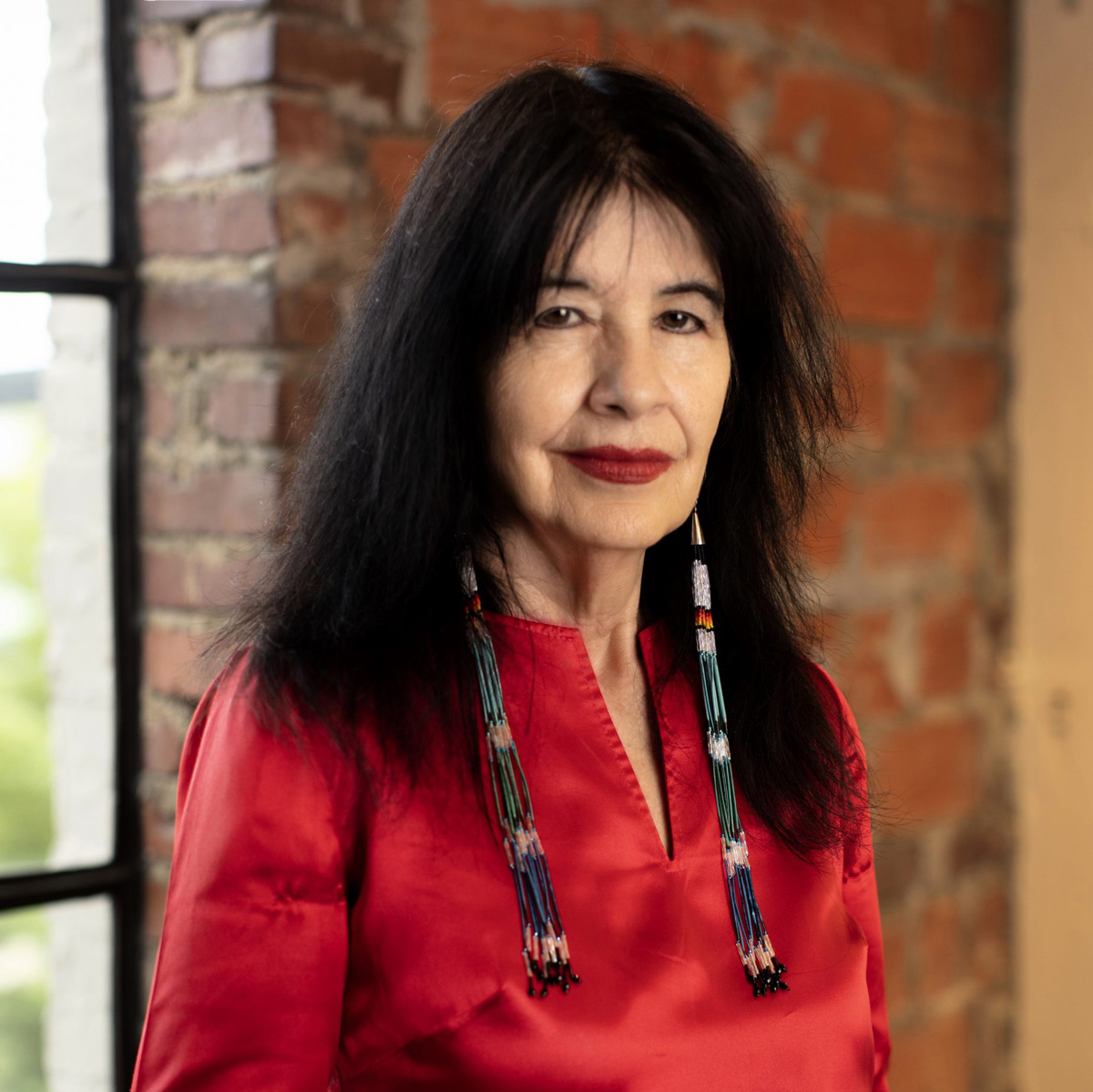 History will always find you, and wrap you In its thousand arms.

Joy Harjo makes the observation early in An American Sunrise, the acclaimed collection of poetry she released in 2019. America’s poet laureate speaks throughout the book to her Native American heritage and a history of a people that’s both rich in tradition and darkened by displacement and cultural decimation.

There is a quiet anger as she revisits the homeland from which her family was uprooted, by cruel law, nearly two centuries ago. There is immutable strength. There is beauty in the connections Harjo makes with her ancestors.

And there is a wider, deeper resonance — across cultures — that makes An American Sunrise a fitting centerpiece of the Kansas City Public Library’s latest community-wide Big Read.

The six-week initiative launches April 1 and runs through mid-May, featuring speaking presentations, film screenings and group discussions of Harjo’s book across the Library system and the Kansas City area. It’s KCPL’s seventh Big Read dating to 2007 and first since 2017, when it was one of six area libraries to spotlight Tim O’Brien’s seminal book about the Vietnam War, The Things They Carried.

The program is underwritten by the National Endowment for the Arts and its partner, the Minneapolis-based Arts Midwest.

“This time,” says Kaite Stover, KCPL’s director of readers’ services, “we’re asking everyone to read poetry, which is usually not among people’s top five genres. But we’re going to present poetry in a different way, as the shortest of short stories.

“Every poet is trying to tell you a story about an object, an event, or a feeling. They use language to try to make the reader feel exactly what they’re feeling as they’re writing the poem.”

Harjo sets the standard for that today. A member of the Muscogee (Creek) Nation who was born and still lives in Tulsa, Oklahoma, she became the first Native American to serve as U.S. poet laureate in 2019 and is only the second laureate to serve a third term. In a citation for the Academy of American Poets’ Wallace Stevens Award, presented to Harjo in 2015 for “outstanding and proven mastery in the art of poetry,” former New York State poet laureate Alicia Ostriker said her “visionary justice-seeking art transforms personal and collective bitterness to beauty, fragmentation to wholeness, and trauma
to healing.”

In addition to nine books of poetry, Harjo has written two memoirs, two award-winning children’s books and three plays and earned distinction as a musician who has produced seven albums.

“She has done more to raise Indigenous voices than any other poet,” Stover says.

Big Reads are designed to showcase a diverse range of voices, themes and perspectives and inspire community conversation and connection. This one is a celebration not only of poetry and reading — it falls during National Poetry Month in April — but also Native American literature and culture. Partnering with the Library are the Kansas City Indian Center, which will assist in book distribution, discussions and workshops at its youth camp, and Haskell Indian Nations University in Lawrence.

Haskell is front and center in an exhibition at the downtown Central Library featuring contemporary American Indian paintings, drawings, textiles and sculptures by current and former Haskell students. David Titterington, an adjunct professor of art at the university, curated the collection.

Harjo headlines the Big Read’s signature event. She’s scheduled to sit down at the Library for a reading and discussion of her work on April 14.

When approached to join the Library and Haskell in this Big Read, Kansas City Indian Center Executive Director Gaylene Crouser didn’t hesitate. “I said, ‘How can we help? What can we do? Where can be of the most assistance to bring this into the community?’” she recalls.

“I feel like a lot of times, when anything is brought into the public eye about the American Indian community, it is always in a past tense, in some kind of historical setting — like we don’t exist anymore in a contemporary society,” says Crouser, a member of the Standing Rock Sioux Tribe. “When someone like a Joy Harjo, an American Indian person or author, looks to the past, it’s with a tie to the present and how it’s connected and things are built upon.

“That’s the thing I love about Indigenous authors. They usually make that connection.”

The Kansas City Public Library is among 61 libraries, schools and arts organizations in 28 states greenlighted for Big Reads by the NEA and Arts Midwest in 2021-22. A little more than half, including KCPL, received maximum $20,000 grants.

The NEA gave applicants a choice of five titles. An American Sunrise was by far the most popular pick, by 28 of the 61 Big Read sponsors.

“When I look at a list of Big Read titles that are available, I’m not looking for a book I like or a book our CEO will like or one that the Library in general wants the whole city to read,” Stover says. “I’m looking for a book that our city of readers is interested in — and not just the readers I know but those I don’t, those I might see coming into the Library or those I don’t see.

“I’m thinking about the diversity of readers in our city, and I want a book that will appeal to as wide a swath of all those readers as possible.”