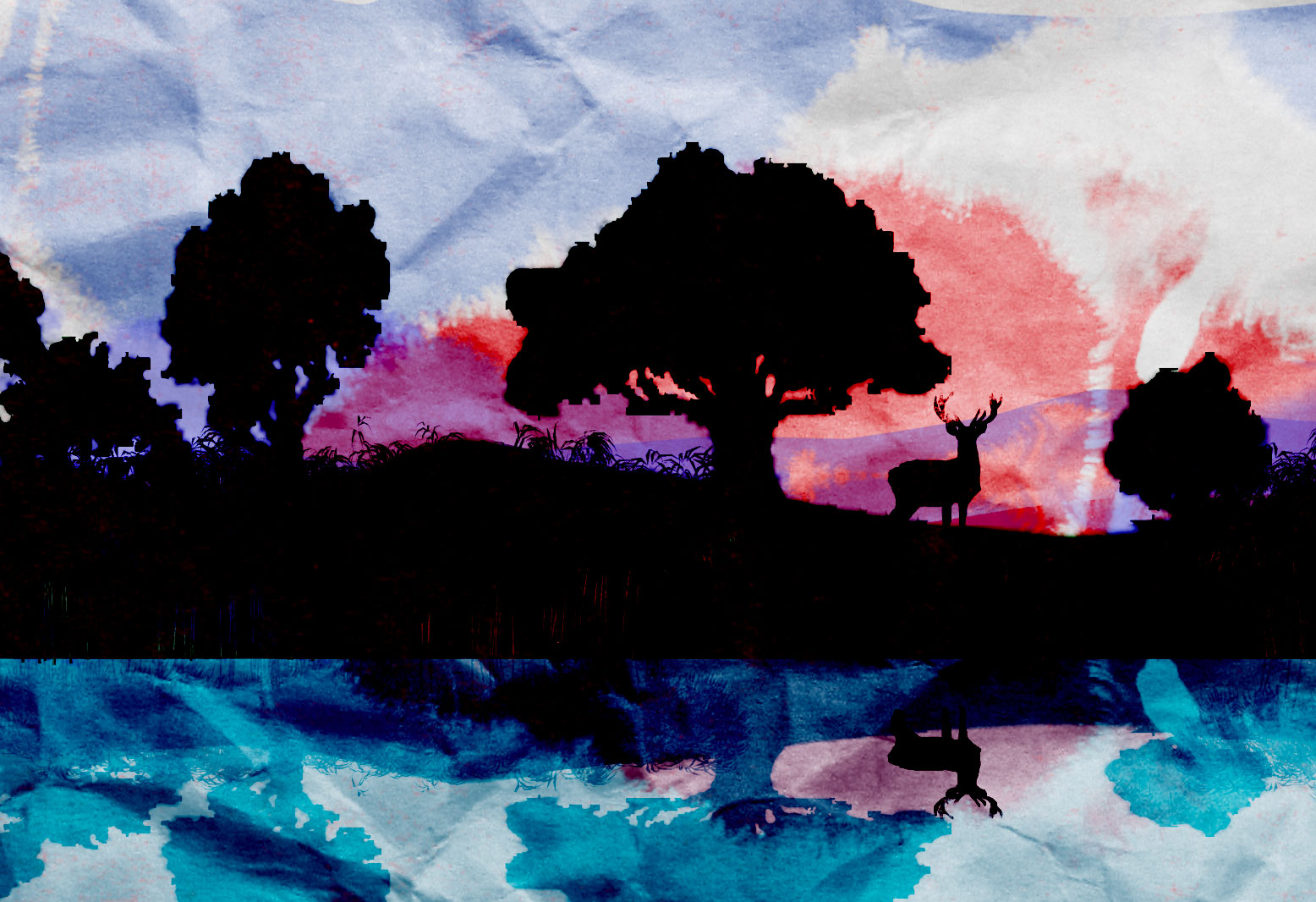 Contemporary American Indian art has become a regular part of Crossroads First Fridays thanks to Travois, a Crossroads-based consulting firm specializing in housing and economic development in Native American communities.

Last year the firm decided to expand the area’s art offerings by launching an exhibition program. It convened a panel of experts to select top American Indian artists from around the country for monthly shows.

The September First Fridays exhibit “ᎠᏍᎦᏯ ᎦᏅᎯᏓ (Long Men): the native streams and rivers of the land” by Joseph Erb (Cherokee) highlights an artist from the Kansas City region. Erb, an assistant professor in the Digital Storytelling Program and Department of Art at the University of Missouri, has participated in numerous exhibitions and film festivals. He also boasts many firsts. Erb created the first computer-animated film in a Native American language, and it is thanks to him that Apple, Microsoft, Facebook and Google all offer Cherokee language options. His exhibit title appears in Cherokee and English.

The Cherokee language is one passion: “I believe my role is to provide creative venues for my community members to take back ownership of their stories and express them in ways that are meaningful to them,” the artist says.

The environment is another: “Indigenous people face some of the worst disparities in the country in education, health and environmental safety,” says Erb. Among his current projects is a water quality animation for Cherokee Nation’s Environmental Resources Department.

Animation is also a primary vehicle of artistic expression for Erb. “In animation, everything is under the control of the creator,” he told MIZZOU magazine in 2016. “You’re seeing how someone sees the world. You get to see who they are.”

Erb’s exhibit at Travois includes his animation “First Medicine,” which he describes as “a look at some of the Cherokee cultural understandings of water.” “It deals with the causes of some of the causes,” he added, “and talks about some positive changes that can be made to help restore some of the health of our waters.”

The theme of water and its cultural importance also surfaces in other works in the show, which include sculpture, works on paper and jewelry.

Above: “Deer In Water” is a still from the animation “First Medicine,” part of Joseph Erb’s exhibit, “ᎠᏍᎦᏯ ᎦᏅᎯᏓ (Long Men): the native streams and rivers of the land.” (from the artist)