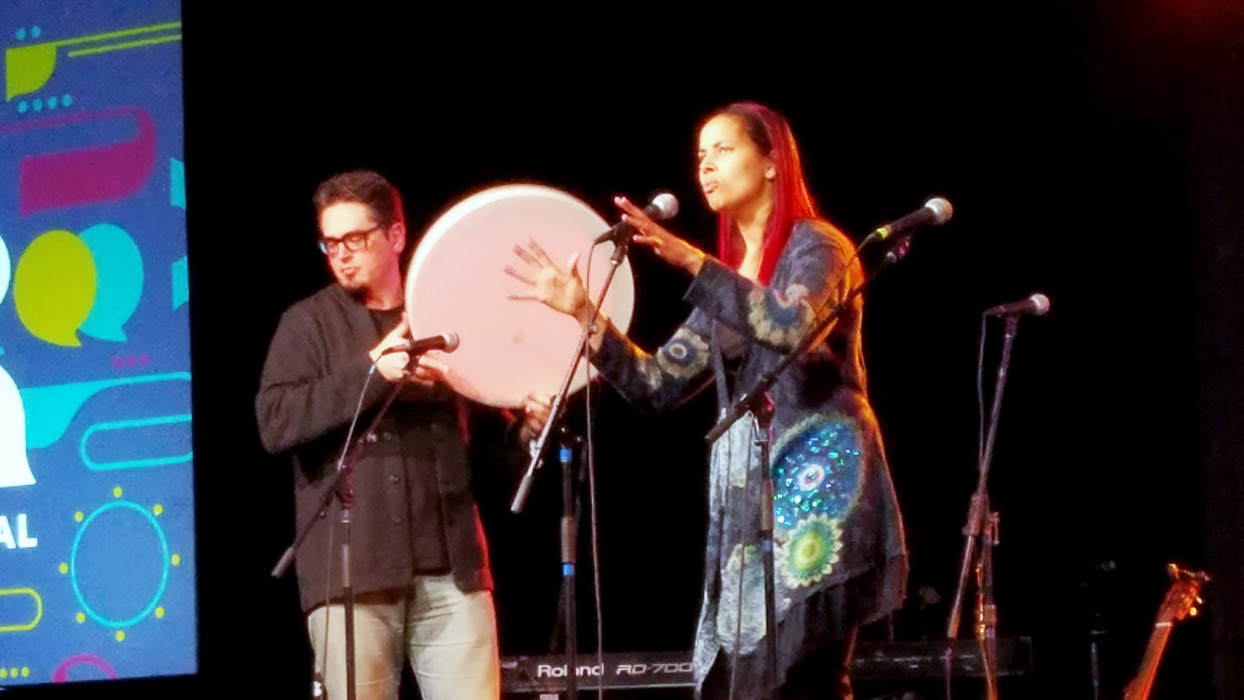 The lights were low, the cocktails exquisitely made in a cozy New Orleans hotel bar. This was a year ago. A singer I admired launched into one of those lyrical parlor tricks: Toss out some words and she’d improvise a song on the spot. The small audience complied. I don’t remember most of the words they offered, but it’s hard to forget the five-syllable ringer: “coronavirus.” The singer’s tune was jaunty.

At the time, the third week of January 2020, we knew that something dangerous might be in the air, but it wasn’t yet totally in focus. The virus caused a buzz throughout the annual gathering of Folk Alliance International, which was convening in a large hotel a block away from this relatively quiet bar. Some people were worried about the crowded convention-hotel elevators, but the conference kept up its energy for the rest of its week.

Oldtimers spent a few days reveling in the presence of folk stars Tom Rush, Maria Muldaur and Mavis Staples. But we could also catch the evolution in progress — folk music remains a wide variety of people’s music — starring such exhilarating talents as Rhiannon Giddens, Hawktail and Birds of Chicago. The songwriter Mary Gauthier underpinned the essence of folk when recounting her sorry beginnings (personally and musically) and the eventual self-realization that her job was not to get money or acclaim, but to give love.

Most of us then scattered to the winds, riding high on the power of song and sensitized to the social disaster that was only beginning to unfold.

And for Folk Alliance International, the Kansas City-based global music organization that brings these thousands of people together each year, the situation quickly became dire.

Plans were already in motion to host the next conference early this year in Kansas City, a return engagement after two years away. Scratch that. For the first time in its 32-year history, the conference and its musical offerings, scheduled for Feb. 22-25, will be all virtual.

When I got in touch with Aengus Finnan, FAI’s executive director, late in 2020 he said he hadn’t been in the office since last March 13. He was forced to lay off half his staff and remained buried in the run-up and the complicated logistics of staging this online global event, under the theme of “Folk Unlocked,” with its many simultaneous meetings, workshops, showcase concerts and much more.

Finnan was confident that after a successful series of webinars in 2020, the music industry is fully prepared to adapt to, if not embrace out of necessity, a streaming format. (For conference details: folk.org)

“Our members and industry are still recalibrating how they navigate their futures in music,” he said, “and online conferences are part of the mix.”

The upside is that while hotel capacity typically limited conference attendance to somewhere around 3,000, an online conference, especially one not requiring laborious travel, can attract many more attendees.

Still, he acknowledged, the “family reunion” aura of the annual conference will be wholly transformed. Folk Alliance typically serves to help maintain long-established friendships as well as create new ones. It’s a welcome respite from the typical touring grind.

“For many,” Finnan said, “to finally be together with friends and peers you may only see once that year, as opposed to being out on stage in front of public audiences, is a morale and energy boost that fills the well for another year in a field where careers rely on a lot of personal energy, resources and perseverance.”

The hope is that in-person feeling will return when Folk Alliance meets next, in 2022, right here again in Kansas City.

For locals, there is one happy consequence of the current disruption. After the forthcoming two meetings, Folk Alliance had been scheduled to move on again to other locales. Now, Finnan said, in negotiations with the Westin Crown Center hotel, the alliance has tacked on two more Kansas City conferences in 2023 and 2024.

As a musical hanger-on, I’ll look forward to resuming my listening duties and immersing myself in this overwhelming and inspiring musical feast.

So for now, as February’s conference stream approaches, tune up those devices and prepare to folk.