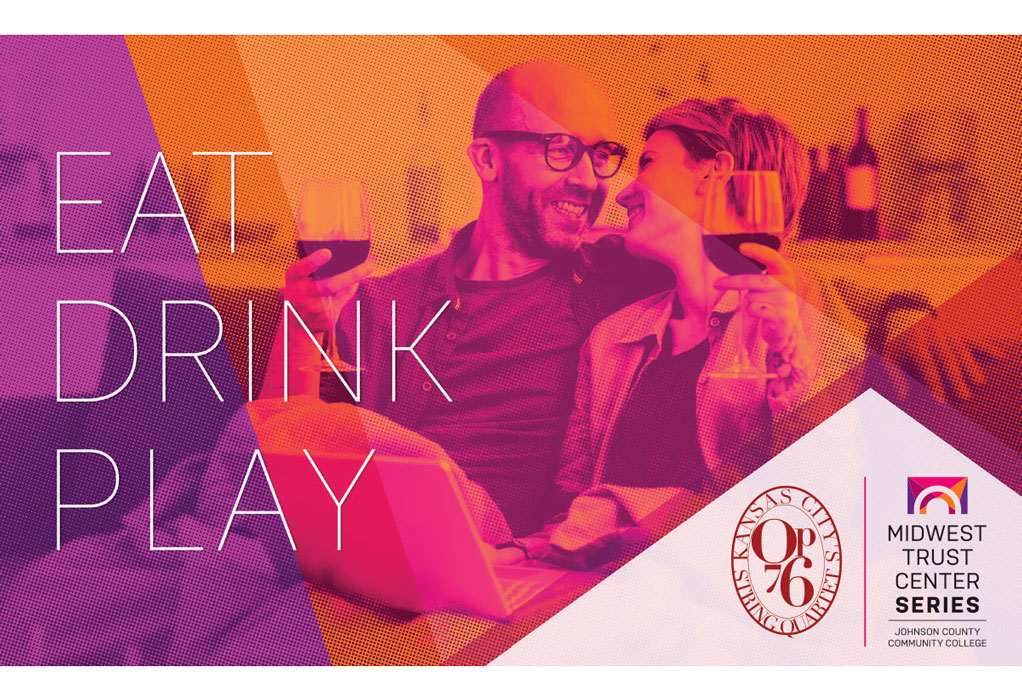 According to MTC General Manager Emily Behrmann, “This series has exclusive content only offered through our website to our audience. And the food and wine pairings from local chefs? It’s never been done in this type of format!”

Known for their entertaining and energetic interpretations of the classics, Opus 76 has been called “Kansas City’s gem of a quartet” by “The Kansas City Star.” The group has gained quite a following in the area in just two to three years. They have also continued to produce well-received concerts throughout the pandemic.

Keith Stanfield, founder of Opus 76 Quartet, said, “With our exciting new partnership at the Midwest Trust Center, we hope to truly change the culture around classical music in Kansas City — concert by concert, event by event, action by action. We can’t wait to get started and share these experiences with the audience!”

According to Stanfield, “My ambition with this series is that every single event is not simply just about watching a concert, but it’s to show people what’s interesting about the music and to relate it to things in our everyday life.”

Behrmann agrees. “We hope that pairing the chamber music with other interests like food and wine will show how classical music fits into a fun evening at home.”

To celebrate this inaugural series and Opus 76 Quartet’s Sunrise Program, the quartet has auditioned and assembled a youth string quartet to perform in two of the concerts (including June 17). This initiative provides four musicians — high school age or younger — with free coaching, mentoring and performance opportunities. More information about the Sunrise Program can be found at opus76.org/sunrise-program.

The Opus 76 Quartet was formed by Keith Stanfield, Zsolt Eder, Ashley Stanfield and Sascha Groschang. The ensemble is coached by recently retired founding member of the Takács Quartet, Károly Schranz, and performs more than 50 concerts each season across the nation. A European tour is scheduled for 2022.

During 2020, Opus 76 Quartet released a live recorded album, “Beethoven: The Complete String Quartets,” in celebration of the composer’s 250th anniversary. The album was recorded live in front of an in-person audience over six performances over six weeks and is available on iTunes.

Johnson County Community College has accepted a $1 million donation from Brad and Libby Bergman to provide an ongoing endowment that supports the College’s Midwest Trust Center Series. These funds also provide scholarships for students studying creative arts at JCCC. The Midwest Trust Center has been named after a local company founded by Brad Bergman. The Bergmans are longtime supporters of the College.