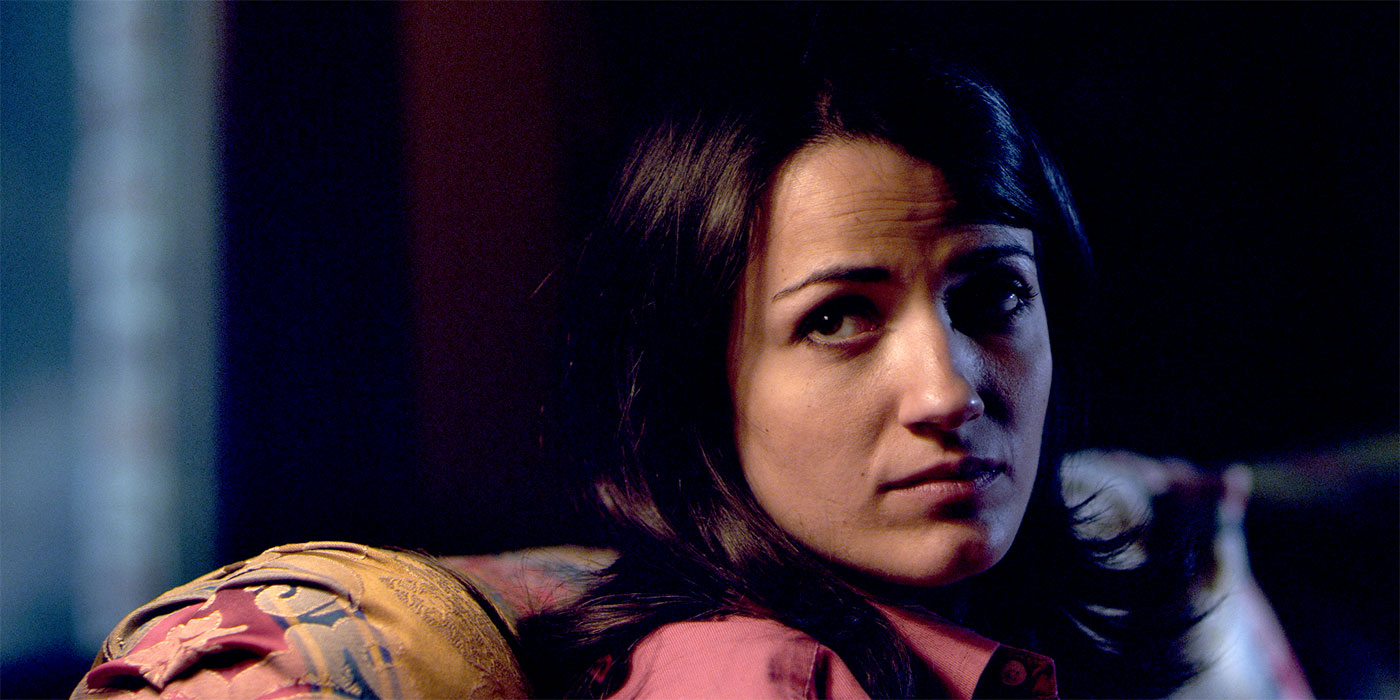 Money is his métier, but filmmaking is the true passion of UMKC economics professor, Stephen Pruitt.

Stephen Pruitt was circling one of the terminals at KCI awaiting the arrival of a friend’s flight.

“I saw a very attractive young lady sitting by herself outside on one of the concrete benches smoking a cigarette,” Pruitt, a professor of economics at UMKC, recalled. “On my last pass around, a jolt of electricity ran through my body. I actually convulsed so high in my seat that I hit my head on the roof of the car!  When I came down, I had almost the entire film in my head. Every significant character.  Every significant plot line.  It was the strangest single experience of my life. “

That film is Terminal, the second movie created by Pruitt, Arvin Gottlieb/Missouri Endowed Chair of Business Economics and Finance at the Henry W. Bloch School of Management and his wife, Mary Settle Pruitt.

Pruitt says he has to make movies. And he’s broken all sorts of rules to make that dream come true.

Neither he nor his wife had earlier filmmaking experience, but have poured upwards of $300,000 of their own money into two feature films shot in the Kansas City area.

The first, Works in Progress, centered on young artists living in the Crossroads Arts District. It’s a love story and a commentary on the art world’s star-making machinery. The film— beautiful-looking on a finger painting budget—was a minor hit on the fest circuit and was released on DVD in 2010.

By that time the Pruitts already were developing Terminal, a  story of a dying big-city prosecutor (local acting guru Andy Garrison), and the mysterious young woman (Talia Liccardello, operator of a Denver children’s theater), whom he picks up at an airport and takes into his home.

The film, exhibiting a visual professionalism light years beyond its meager budget, explores their unusual relationship as his illness progresses.  Is she playing him? What is she running away from?  And what’s in it for her ailing host, whose interest in her appears strictly platonic?

Shot off and on over four months in 2010 and in post-production for the last five years, Terminal is quiet, reflective, even meditative. Pruitt says he aspires to the psychologically observant work of director Whit Stillman (Metropolitan), but Terminal may more closely resemble the ethos of the French minimalist Robert Bresson.

In fact, Pruitt said, the couple’s obsession with foreign and art films provided a sort of template for their own efforts. Watching great films may not tell you how to make a great movie, he said, but it gives you an idea of what a great film should look like when it’s finished.

Pruitt says his plan was to “reverse engineer” the great movies he had enjoyed by studying the lessons classic cinema provided.

Terminal is very much a family affair.  The Pruitts share credits as producers, writers, casting agents and location scouts. He served as cinematographer, gaffer, co-editor and sound designer. She handled accounting, scheduling and location management.  Their daughter Rebecca, 32, was the assistant director and dealt with props, wardrobe and production design; daughter Barri, 29, constructed props and was employed so often as an extra that her father claims he could feature her in his own movie version of “Where’s Waldo?”

Post-production on Terminal has taken years because it was essentially a one-man operation. Pruitt shot the film under an ultra-low budget agreement with the Screen Actors Guild that limits production costs to $200,000.

By the time principal photography was completed, that threshold already had been met. Pruitt couldn’t spend any more, meaning he had to fill in as the editor, sound mixer, colorist and a dozen other positions without pay.

One of his few collaborators was area composer Paul Rudy, a specialist in found sounds who provided the musical score.

Mary Pruitt says her husband’s movie-making drive has generated its share of marital friction: “Even though our first film was a romantic comedy, there was nothing fun or romantic about making it. And if the title of that first film, Works in Progress, reflected the state of our marriage, then when Steve told me that our second film was going to be titled Terminal I was less than enthusiastic.”

The key to both making a film and maintaining their marriage, she says, is “to pretend as if the director is not my husband. I refer to Steve as ‘the director’ not for his glory but for my sanity.”

Pruitt acknowledges that Terminal is a hard sell. It’s an end-of-life love story with no sex, no real action.

And the running time is a daunting three hours (trimmed down from four), which Pruitt said is way too long for the festival circuit.

So how do you sell a movie like that?

Pruitt, who learned some valuable and expensive lessons with his first feature, will distribute Terminal exclusively on the Internet. He’s divided the film into six chapters, any one of which can be viewed for 99 cents.

He’s also toying with what he calls “the Millennial plan,” perfect for viewers with short attention spans. It divides the film into 5-minute segments.

“If it cuts in the middle of a word, well, that’s what happens,” he said.

Terminal should go online this fall, hopefully after a run at a local independent movie theater.

In the meantime, Pruitt and the Missus are working on the script for their third film. Because, he says, he has to.