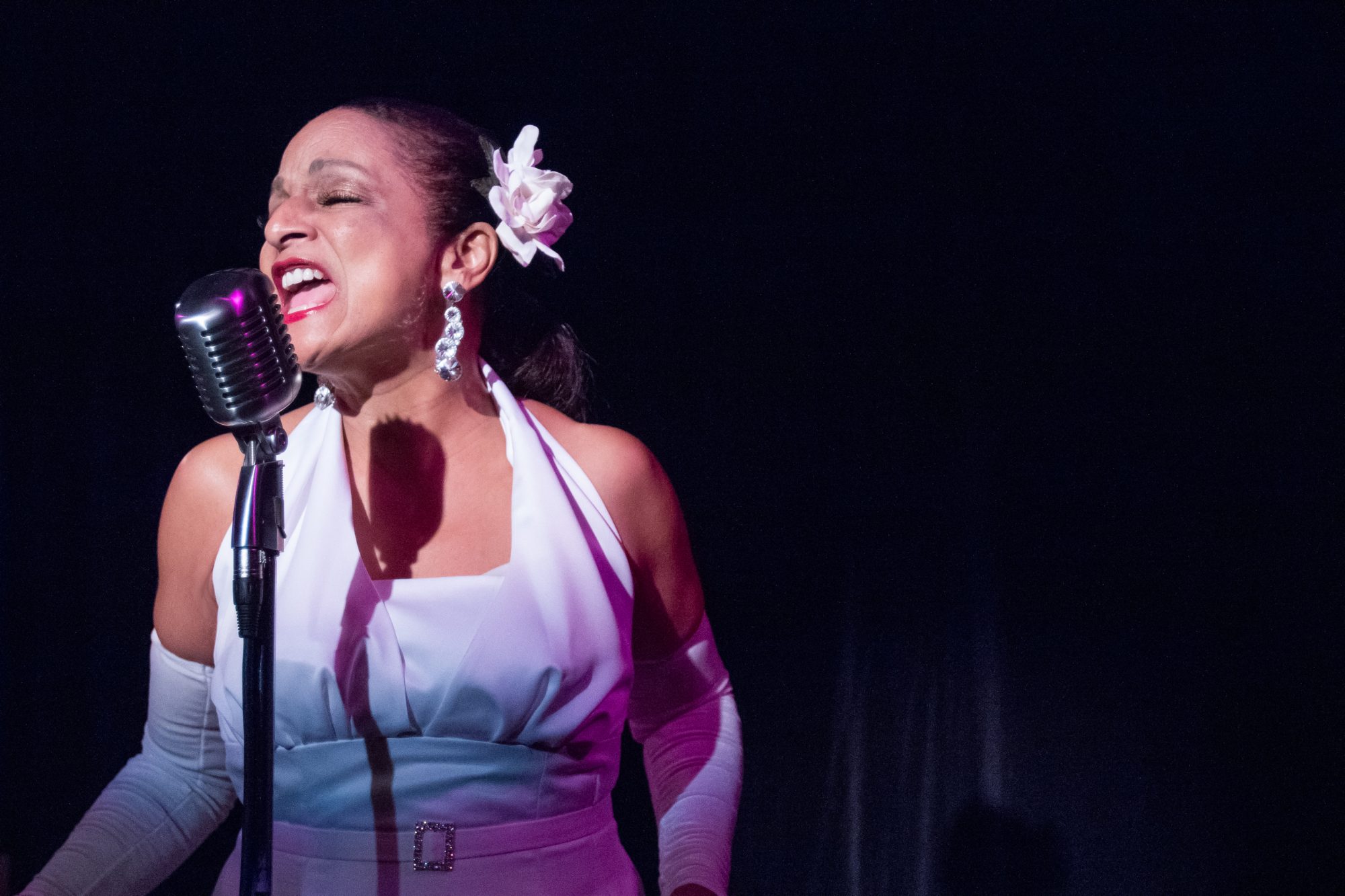 The history of American music is filled with the brilliant, the tragic and the doomed. But few artists embody all three, and fewer still endure with the transcendent grace of Billie Holiday.

Beyond the grim but compelling facts of her life, the reason Holiday still fascinates has to do with her collaborations with some of the greatest jazz musicians of the 20th century — Artie Shaw, Teddy Wilson, Count Basie and her close friend Lester Young.

But mainly it’s the voice. Holiday could turn music into poetry with her delicate, breathy delivery and precise phrasing. She was that rarity known as an honest singer.

Robertson’s conceit is as simple as it is refreshing (no artificial plot mechanics here). We, the theater audience, are cast as the crowd at a 1959 performance at Emerson’s, a small jazz club in Philadelphia where Holiday often performed and always felt at home. Much of the underlying tension stems from our awareness that she is only months away from her death in New York City at 44.

The show features 14 songs, including the expected classics Strange Fruit, God Bless the Child and Ain’t Nobody’s Business. But within the tight set list, we experience Holiday indulging in reveries, fond reminiscences and bitter memories.

Dixon’s portrayal of Holiday shows her to be charming, disarming and always wavering between musical discipline and a dream state fueled by alcohol and drugs. Dixon captures all of that. This is a nuanced performance, full of small details, smart choices and broad strokes. The effect is riveting.

The current version, directed by Andrew Parkhurst, could use some burnishing. Regrettably, the technical execution stumbles. At times the sound mix buries Dixon’s impressive vocals beneath musical director Gary Green’s upright piano. The Living Room’s downstairs performance space has the virtue of a club-like feel, but balanced sound shouldn’t have been a huge challenge in such an intimate room.

There’s a difference between a theatrical musical director and a jazz pianist, and in this production, the difference — well, makes a difference. You really need a jazz player to infuse Holiday’s classics with the right feel. Green’s playing is more workmanlike than fluid. Bassist Julie Danielson is good, but she seems out of place. Female bassists did exist in the 1950s, but her presence feels incongruous and perhaps works at odds with the narrative. Holiday was a woman who survived, flourished, triumphed and eventually succumbed in a male-dominated world, and we have never forgotten her.

The show’s not perfect. But my complaints in no way diminish the quality of Dixon’s performance. She’s a powerhouse.