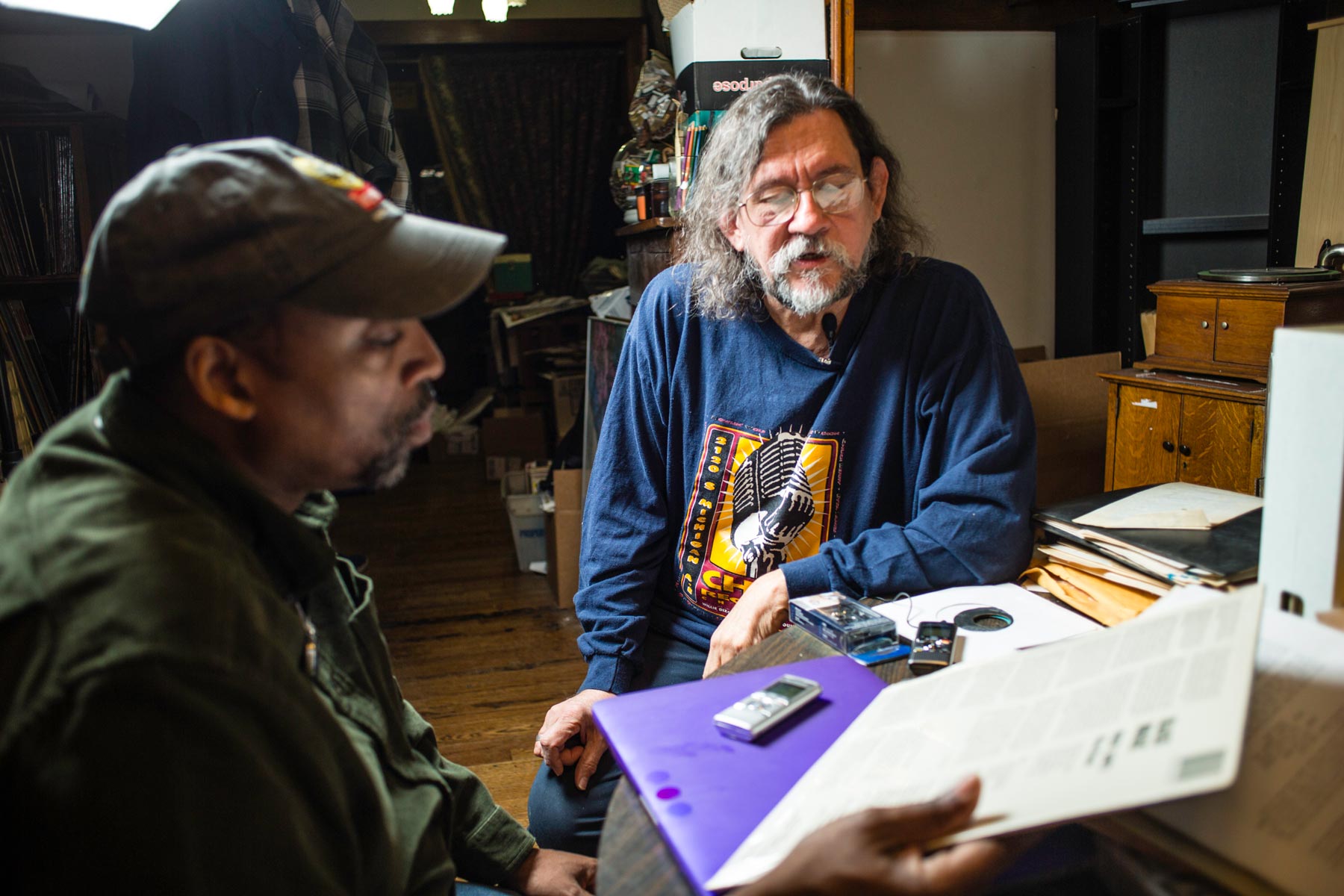 Any true blues fan can tell that the music is as much about telling stories as about rocking the house. The blues gets to the essence of life — its delights and disappointments, its tragedies and triumphs. And for more than four decades, Living Blues magazine has told the stories of the personalities and passions that go into making the music for which it’s named.

Given the scope and influence of America’s first blues magazine, which is known around the world and is something of a bible of the blues, it’s surprising that its own story hasn’t been the subject of a book. But that oversight is soon to be remedied.

Wayne Goins and Spencer Wood are hard at work on a biography of Living Blues co-founder and Kansas City resident Jim O’Neal. Goins is director of jazz studies at Kansas State University and author of the book Blues All Day Long: The Jimmy Rogers Story. Wood is an associate professor of sociology at Kansas State.

“Living Blues is a magazine I’ve been reading for decades,” Goins said of the publication established in his hometown, Chicago, in 1970. “That magazine was pretty much dedicated to the people I grew up listening to,” including “Muddy Waters and Little Walter and Howlin’ Wolf — all of those legendary people.”

The magazine, Goins said, “was born out of necessity. It was the first blues magazine in the country — not just in Chicago, but in the country.” Although magazines dedicated to the blues were published in other countries, such as Blues Unlimited in England, America was out of the loop. “So, Jim and a couple of other people figured, ‘Man, we need to be doing this.’ ”

O’Neal said he had considered doing a book about Living Blues himself, but was impressed with Goins’s work on Blues All Day Long.

“I had written a history of Living Blues in a series of articles for a Japanese blues magazine,” said former Chicagoan O’Neal, who has been living in Kansas City since 1998. “And there are various interviews that I had on file that had been done. So he’s got all that material to work with.”

Living Blues was an essential resource in researching his book on Chicago bluesman Rogers, Goins said. During work on Blues All Day Long, he met O’Neal, whom he calls “a fountain of knowledge.” That led to his interest in writing a book about O’Neal and the rise and continuing importance of Living Blues.

“His story needs to be told, because he is a living legend,” Goins said. “Jim O’Neal has basically put blues on the map globally, and is one of its strongest advocates.”

The biography will cover “Jim’s life, from birth till the present day. But inside that is everything that led up to the magazine being born, and the various ups and downs of the magazine — the successes and failures.” Since 1983, the magazine has been published by the Center for the Study of Southern Culture at the University of Mississippi.

The as-yet-untitled book will be published by the University of Illinois Press, Goins said — the same press that released Blues All Day Long. No publication date has been set.