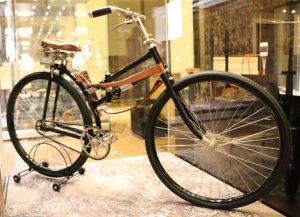 A rallying cry is, by definition, “a word or phrase that is used to make people join together to support an idea, cause, etc.” Somewhere along the line, the impact of such phrases seems to have diminished and become almost a caricature of their actual intent. Recent examples that come to mind include “Just Do It” or “15 Minutes Could Save You 15 Percent or More on Car Insurance.” Rallying cries and advertising catch phrases have meshed into one category, the differentiation of which has become lost through oversaturation and supposed self-importance.

“On ne passe pas,” or “They Shall Not Pass,” takes us back to a point in history where the gravity of such a phrase took on actual meaning and genuinely sparked action and desire within a collective group of people to fight and suffer for a cause they believed in, all while knowing death was likely their imminent fate. French General Robert Nivelle first used the phrase at the Battle of Verdun in 1916, in one of the largest battles on the Western Front between German and French armies. It was used as motivation for French forces to defend their position against the enemy and became a part of French propaganda during the Great War.

The newest special exhibition at the National World War I Museum and Memorial, aptly titled “They Shall Not Pass | 1916,” highlights the scope of Verdun, as well as the Battle of the Somme, another pivotal conflict that took place on French soil during 1916, and addresses other theaters of war. The loss of life at these conflicts was staggering, but the will to challenge the prospect of defeat for both the Allies and the Central Powers spoke to the character of those fighting as well as the impact of the rallying cry for the French.

Pieces on exhibit include a British Vickers machine gun, a Verdun commemorative flag, German uniforms from regiments at both battles and a French infantry folding bicycle. Nearly all of the objects and documents are being exhibited for the first time in the Museum’s history. The exhibition also includes personal tales of military personnel that were witness to the battles, and what it was like to experience them firsthand.

The inevitable loss of life brought upon by war will always be an unsettling reality. The Battles of the Somme and Verdun certainly illuminate that. However, the meaning within a rallying cry, if it sparks just one soldier to fight more bravely, or with greater courage, yields a ripple effect felt throughout history by changing the outcome of a battle, and thus shifting the entire tide of a war.