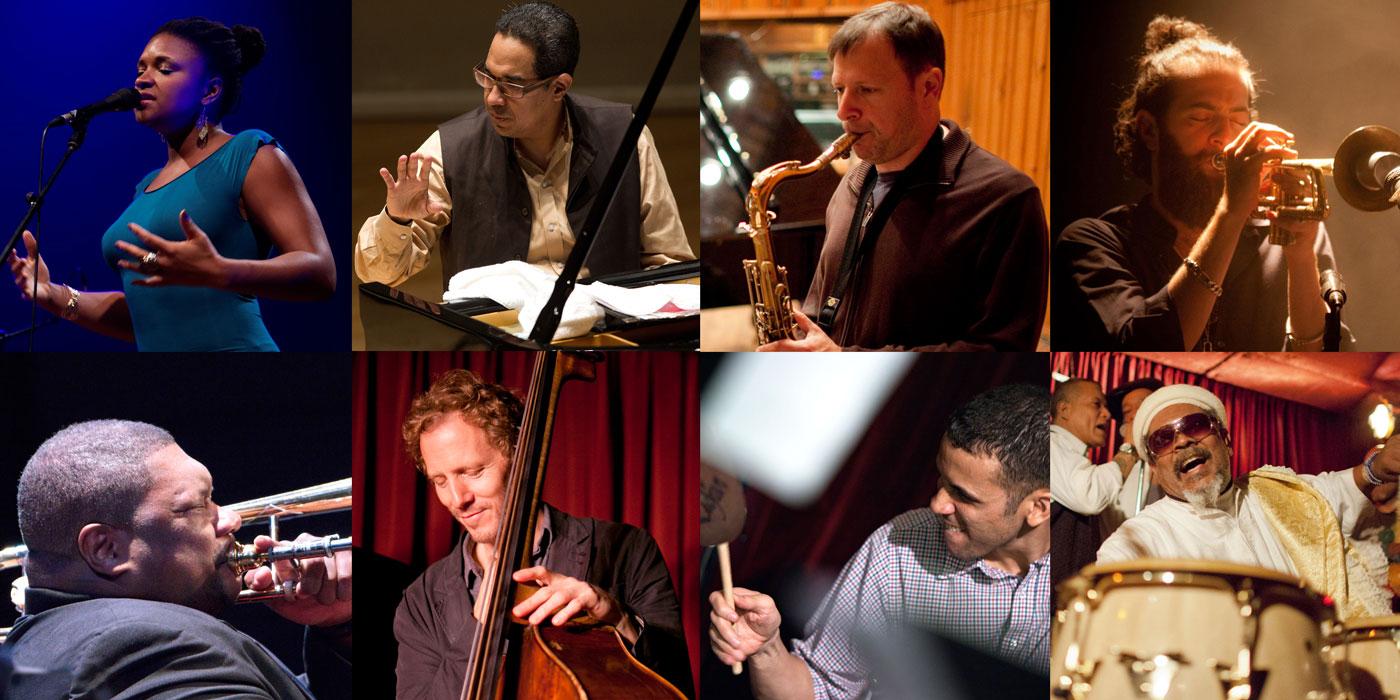 Jazz fans often lament that so many of the music’s legends have moved on to that jam session in the sky. And indeed, there’ll never be another Thelonious Monk, Dizzy Gillespie, Mongo Santamaria or Ella Fitzgerald.

But the spirit of those performers lives on. And by a serendipitous coincidence, each of them — iconoclastic pianist Monk, globetrotting trumpeter Gillespie, innovative percussionist Santamaria and mellifluous vocalist Fitzgerald — was born in 1917.

The project was assembled by Perez, who played alongside Gillespie for four years and also cherishes the legacies of Monk, Santamaria and Fitzgerald.

“To learn Monk’s music has been a life-changing experience for me,” Perez said. “And I had the pleasure to collaborate with Mongo at the Blue Note (a New York jazz club) when I was with (saxophonist) Paquito D’Rivera’s group.” These days, Perez is perhaps best known as the pianist in saxophonist Wayne Shorter’s acclaimed quartet.

In putting together the Jazz 100 combo — which also includes Ben Street on bass, Adam Cruz on drums and Ramon Diaz on percussion —  Perez said he “wanted to create a family vibe” so that the musicians who hadn’t worked together before could “get to know each other.” That included open rehearsals in front of student audiences at the Berklee College of Music in Boston.

“We spent time together with no rush, and nothing distracting us,” he said. “And then we went on the road. Everybody brought their ideas, so it was truly a collaboration of all of us. That’s the best part.”

“Jazz 100” promises to reflect the musical contributions of Fitzgerald, Gillespie, Monk and Santamaria while showcasing the talents of artists who are making their own statements in jazz. The program will include vocal numbers in the spirit of Fitzgerald, and instrumentals that range from the bebop that Gillespie helped pioneer, to the Afro-Cuban jazz on which Santamaria left his mark, to selections from the Monk songbook.

The ensemble should be more than up to the task of delivering the kind of excitement that the music demands. Saxophonist Potter has performed in the company of jazz luminaries including trumpeter Dave Douglas and bassist Dave Holland. Trombonist Gordon is a longtime sideman to trumpeter Wynton Marsalis. Trumpeter Cohen has earned critical acclaim as leader of his trio, Triveni. And singer Wright had been praised for her contemporary sensibility.

At Yardley Hall, Perez said, listeners will hear a band that’s road-tested and fired up.

“It’s already cooking,” he said. “It will be very tasty by the time we get there.”