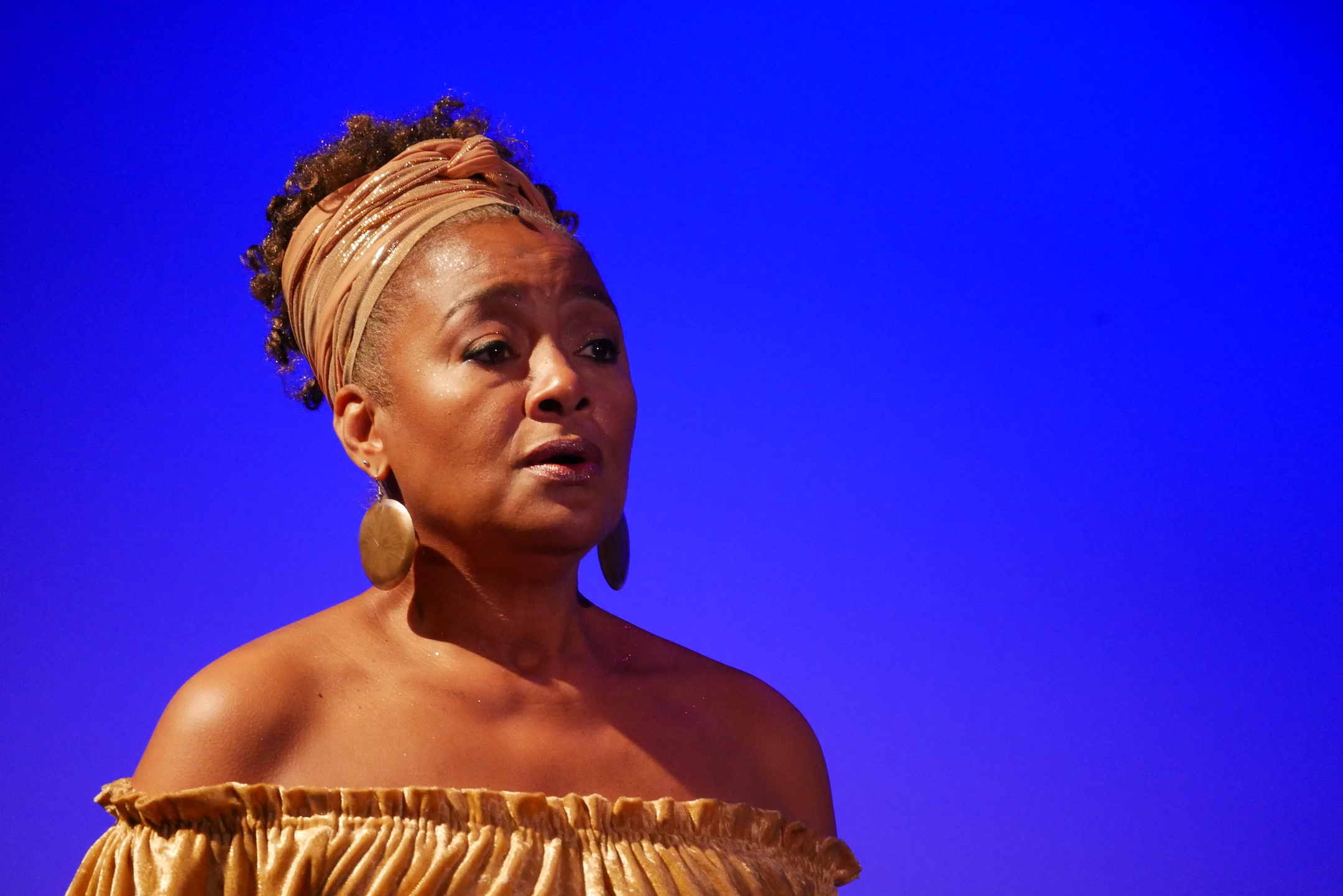 Kudos to Spinning Tree Theatre for staging the first Kansas City-area production of “Caroline, or Change,” a challenging, innovative musical from Tony Kushner (book and lyrics) and Jeannine Tesori (music) that places intimate human relationships against a sprawling social and political backdrop.

As usual with Spinning Tree, the production raises an obvious question: How is it that no other local company staged this unique work before now?

Set in Lake Charles, Louisiana in 1963, the show directly reflects Kushner’s own childhood. His alter-ego is 8-year-old Noah Gellman, an only child with an emotionally distant father and a new step-mom who tries too hard to win his approval. Still grieving from the death of his mother, Noah finds solace in his relationship with Caroline Thibodeaux, the Gellmans’ housemaid, whose simmering anger is always close to the surface as she toils away in the basement laundry room. Noah loves her, although as Caroline says at one point: “Why do you like me? I am never nice to you.”

Kushner’s mordant wit drives the show, as well as his ability to simultaneously create an over-arching sense of the tragic. This material is richly comic, poignant and sobering. Equally crucial is Tesori’s rich score, which incorporates elements of soul, Motown and traditional Jewish folk melodies. Written to be sung through, the show has no spoken dialogue.

A key event in the lives of these characters is the assassination of JFK, followed by the public murder of Lee Harvey Oswald, which allows Kushner to examine the contrasting reactions between the African-American characters and the Gellman family. Indeed, one of the themes running through the piece is the complicated historical relationship between black and Jewish Americans.

This musical was not designed to be staged “realistically.” Time and place shift unpredictably and the audience is called on the exercise its collective imagination throughout. Atif Rome’s set is basically a collection of platforms positioned at various levels. There are no doors or windows, just simple set pieces such as tables and chairs carried on and off by the actors.

Kushner surrealistically depicts Caroline’s work environment by the introduction of inanimate objects as characters. Thus we have a sensuous singing washing machine, a sometimes gruff dryer and a radio that helpfully reminds Caroline of her bleak existence.

Director Michael Grayman-Parkhurst has rounded up a formidably talented cast, starting with Illeana Kirven, making her Kansas City debut as Caroline. Kirven’s a short powerhouse, whose smoldering anger at times feels strong enough to melt the paint in the laundry room. It’s a complicated role, full of conflicting emotions, but Kirven is up to the challenge.

Young Valen Jurkowski seems right at home surrounded by seasoned professionals and delivers a thoughtful, poised performance as Noah. Jennifer Mays has fun as Rose, the inept step-mom, who always means well, even if nothing ever comes out as she planned it. Robert J. Hingula delivers an unobtrusive, agreeable performance as Noah’s dad.

Douglass Walker is a charismatic presence as the Dryer. So is Victoria Barbee as the Washing Machine. They’re matched by Jacqueline Price as the Radio. (Kristin Cook’s costumes for the appliances are a trip.) Price is also part of a sort of Motown trio with Keshana Cook and Maya Strickland. Their harmonies are stunning and Cook, who also plays Dottie, a friend of Caroline’s, makes a huge impression with a low, commanding voice that seems to flow from her effortlessly.

Local jazz star Angela Hagenbach graces the stage from time to time as the elegant Moon, an etherial presence who reminds Caroline — and us — that change is inevitable.

Key supporting roles are filled by Ruth Baum Bigus and Evan Gamsu as the Gellman grandparents. They make a sly comic team. And in a wild, unexpected bit of casting Marilyn Lynch plays Mr. Stopnick, Noah’s garrulous step-grandfather. Lynch gets some of the biggest laughs in the show.

This was my first visit to Spinning Tree’s new venue at the Johnson County Arts and Heritage Center in Overland Park. It’s a flexible space, comfortable and intimate, which can be reconfigured depending on the demands of each specific production. It was nice setting for this show, which sends viewers home with lots to think about.