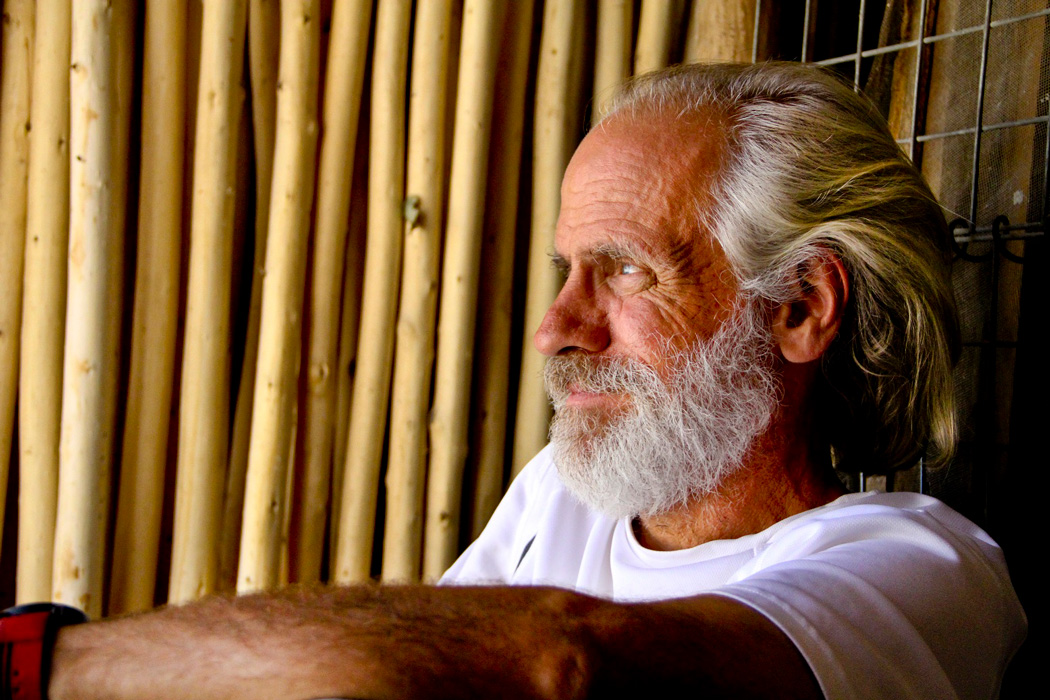 J. Malcolm Garcia has traveled widely — and often dangerously — in his role as freelance journalist, getting his passport stamped from Sierra Leone to Syria, and from Pakistan to Afghanistan. But he calls Kansas City home.

So, he qualifies as a local author, albeit one whose writings have documented people and places far beyond the American heartland.

Born in Chicago and raised in nearby Winnetka, Illinois, Garcia has lived in Kansas City off and on for almost 20 years. It’s a great place to return to, he said.

“It’s a nice combination,” Garcia said. “It has all the amenities of a city, but at the same time it has the qualities of a small town.”

His books have included “The Khaarijee: A Chronicle of Friendship and War in Kabul” and “What Wars Leave Behind: The Faceless and the Forgotten.” His writing about the working classes earned him the Studs Terkel Prize, and Dave Eggers, founder of the prestigious literary journal “McSweeney’s,” has praised Garcia’s work as “urgent and provocative.”

In his latest book, “Without a Country: The Untold Story of America’s Deported Veterans” from Skyhorse Publishing’s investigative book imprint, Hot Books, Garcia highlights a little-known fact: Serving in the U.S. military does not bestow citizenship on noncitizens, and such veterans who commit crimes may be, and have been, deported. As he notes:

“A 1996 law, the Illegal Immigration Reform and Immigrant Responsibility Act, calls for the deportation of immigrants convicted of crimes that meet the definition of an aggravated assault after they have been punished for their crimes by serving time in prison.”

“Without a Country” is particularly timely in the wake of the election of President Donald Trump, whose stance on immigration policies has been criticized as short-sighted and reactionary.

Garcia brought to the book his background as a police and social services reporter at the “Kansas City Star,” where he worked from 1998 until becoming a casualty of yet another round of layoffs in 2009.

“There were like five, and then the sixth one tagged me,” he said. “I was 52 or 53 at the time, and I just decided I would go for broke and freelance. I had been an intern at the “Philadelphia Inquirer,” and before that I had been a social worker for 14 years in San Francisco.” His articles have appeared in publications including “Guernica,” “McSweeney’s,” “Mother Jones” and the “Virginia Quarterly Review.”

Seeing war from different angles
A theme that runs through Garcia’s work is the impact of war on people’s lives. And that theme continues in “Without a Country,” which he calls “a book about the consequences that befell some people who were in the military.

“I haven’t written about a military campaign,” Garcia said. “But, and I think it’s a bit of the social worker in me, I was struck in my travels by the people in wars, and in conflict zones, and in inner-city ghettos who aren’t written about. It seemed to me that a lot of focus was on policy and the news of the day, and that the people impacted by war weren’t written about that often — unless they were tied to a breaking-news piece.”

One thing he’s noticed during his stints in war zones is “a skewed sense of normalcy. In Kabul, you can be walking around, and the streets are crowded, and there are people in Western dress, and music, etc. — and then there can be an explosion. And suddenly, you’re reminded that you’re in this very unsafe place. The surreal aspect of it, I find intriguing.”

Garcia approaches war and its fallout from a different angle in “Without a Country.” Early in the book, he gets to the heart of the matter:

“Deported veterans include those who joined the military and those who were drafted. The military doesn’t appear to encourage them to become full citizens, despite their willingness to die for this country. Many of them came to America as children, brought by relatives who left them no say in the matter. Had they kept their noses completely clean, or committed a different class of crime, they would have been eligible to pursue citizenship, just like any other green-card holder. In some states, they would even have been allowed to pay in-state college tuition, just as if they belonged.”

As he tells the stories of affected veterans, Garcia’s approach is to engage the reader’s empathy — as in this passage about Iraq war veteran and Lancaster, Pennsylvania, resident Neuris Feliz, who enlisted in the Army National Guard after the 9/11 terrorist attacks:

“Three deflating heart-shaped balloons from his thirty-first birthday party the night before sag above our heads. A poster on the wall behind them reads, Live, Laugh, Love. Felix looks younger than thirty-one. Black hair, wide brown eyes, a weary smile. Just he and his wife and a bottle of pink wine, a red ribbon slipping down it. Happy Birthday. Perhaps the last birthday he will celebrate in the United States.”

“I live here,” he tells me. “Hell, my favorite sport is football.”

Garcia began working on “Without a Country” before last year’s presidential election. Although he doubts that the book would be significantly different were he to write it in the era of the Trump administration, he allows that some tweaks might be in order.

From his surname, one might assume that Garcia identifies as a Latino — and from that, one might further assume that his ethnic background has at least something to do with his interest in issues related to immigration.

But despite his having a Puerto Rican mother and a Cuban father, that turns out not to be the case.

“My brothers and I didn’t grow up speaking Spanish,” Garcia said. “So that cultural piece is missing a bit from my life. I also don’t fit the stereotypical image that most people would have of a Garcia, and so I haven’t been subjected to the bigotry that other people have.

“Although I have listened to people say the most outrageous things about Spanish-speaking people, too — maybe because they don’t equate the last name ‘Garcia’ with the color of my skin.”

“Without a Country: The Untold Story of America’s Deported Veterans,” by J. Malcolm Garcia, (Hot Books/Skyhorse Publishing), is available in bookstores for $22.99.