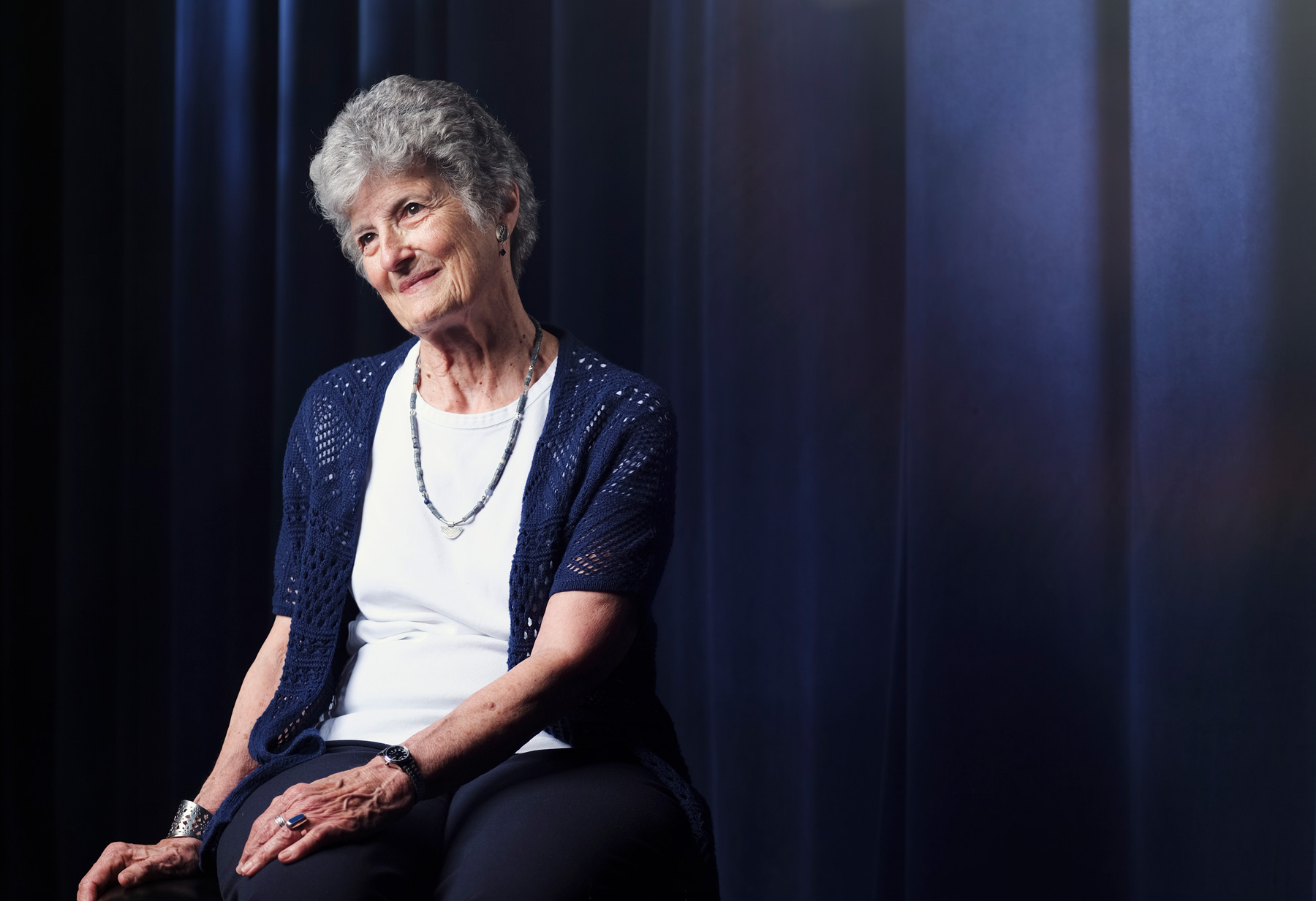 Doreen Maronde has a passion for jazz. And it didn’t stop when she left her job at Johnson County Community College.

As a volunteer, Maronde continues to program two jazz series at JCCC that she originated: the Winterlude concerts offered as part of Carlsen Center Presents, and the noontime Jazz Recital Series on Tuesdays. As if that doesn’t keep her busy enough, Maronde remains at the helm of her other creation: the Ruel Joyce Recital series, which showcases classical performers on Mondays at noon.

Next year will be the 30th that she’s organized the two noontime series, which started out as just one.

“I opened the recital series in 1989,” said Maronde, who is retired from her position as assistant dean of arts and humanities at JCCC. “And I usually bookended the classical music with jazz.” Eventually, two series emerged — one featuring jazz, the other classical. And each has not only found its audience, but has also elicited an enthusiastic response from musicians.

“I used to have to go out and look for people,” said Maronde. “Now, people approach me. Sometimes, they don’t get enough chances to play the kind of music they like. But this gives them the opportunity.”

Maronde, who was married to the late Kansas City jazz pianist Frank Smith, is a respected presence on the city’s jazz scene.

The jazz programming at JCCC reflects Maronde’s tastes, which lean toward bebop and its derivatives — the sort of sounds that you’d hear from, say, saxophonist Charlie Parker or trumpeter Wynton Marsalis — rather than the more avant-garde strains of the music.

“In both of the series, I work more with what you’d call straight-ahead jazz, rather than real far-out stuff,” she said. “Partly because the audience really likes that. Some are students who come when they’re not looking at their phones, but a lot of the audience is retirees.”

Winterlude, which was a stand-alone winter jazz festival before being folded into Carlsen Center Presents, focuses on national as well as local jazz artists. The most high-profile attraction on the schedule is singer Marilyn Maye, who often appeared on “The Tonight Show” during the Johnny Carson years and is celebrating her 90th birthday.

Presented during the academic year, the lunchtime series provides a concert setting for Kansas City jazz artists who are typically heard in clubs. The latest lineup includes such popular favorites as bassist Bob Bowman and pianist Tim Whitmer.

Just who gets booked for either jazz series depends largely on how well their music fits in. As an example, Maronde cites a pianist who wanted to perform a program involving electronics — but who was more than happy to switch to a more traditional approach to land a slot.

“I asked him if he could do — if he wanted to do — something that would be more appealing to the sort of audience that we draw,” she said. “And he said yes.”

Maronde, 79, was born in Dell Rapids, South Dakota, a town near Sioux Falls. When she was nine, her family moved to Colman, South Dakota, “an even smaller town than Dell Rapids. That’s where I graduated from high school — in a class of 20 people.” Her university studies include a master’s degree in journalism from Iowa State University.

Unlike many people who reach a certain age, Maronde said she’s still excited about what life has in store.

“I love the things I do,” she said. “That makes life interesting. And I love the people I’ve gotten to work with — and I’ve worked with great people. Talented people.”

Above: Photo of Doreen Maronde by Jim Barcus