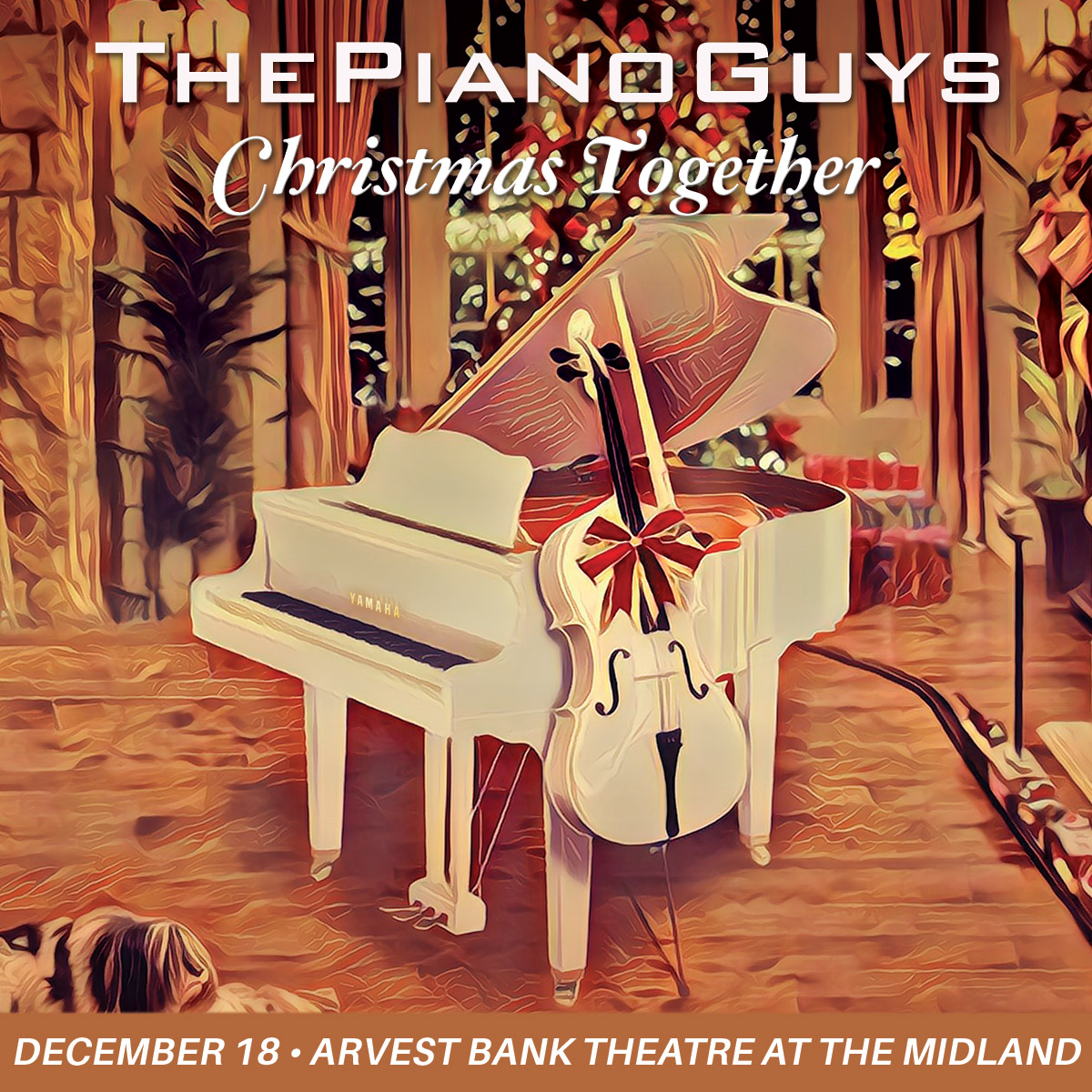 From out of the American West and taking Youtube by storm, The Piano Guys are a staple this holiday season in Kansas City! See them live at Arvest Bank Theatre at The Midland on December 18 as they put their personal touch on an evening of Christmas and holiday favorites, like Gloria, O Holy Night, and the Ave Maria.

Since their serendipitous start in a Southern Utah piano shop, The Piano Guys have proven to be a powerhouse group without limits. Arriving as a musical phenomenon seemingly overnight, the quartet of Jon Schmidt [pianist, songwriter], Steven Sharp Nelson [cellist, songwriter], Paul Anderson [producer, videographer], and Al van der Beek [music producer, songwriter] have delivered bold compositions that transcend boundaries of style and genre, a boundlessness that has since translated into a massively-successful career. With their 2018 release, The Piano Guys took their next step forward in an already impressive career that has proven to be nothing short of Limitless.

Since formally introducing themselves in 2011, The Piano Guys have released five studio albums, two Christmas releases and a fan-favorite live album, earning six No. 1 debuts on Billboard’s Top Classical Albums chart and garnering an impressive 2 billion-plus global streams, over 1.6 billion YouTube views, and averaging nearly 2 million monthly listeners on Spotify alone. They have sold out concerts in almost every corner of the world and attracted a diehard audience of millions. The Piano Guys have appeared in The New York Times, Fast Company, BuzzFeed, Mashable, People, been featured on CBS Sunday Morning and performed on the TODAY Show, Good Morning America and The Tonight Show. And now Steven and Jon are gearing up to hit the road with their fantastic music and great humor.