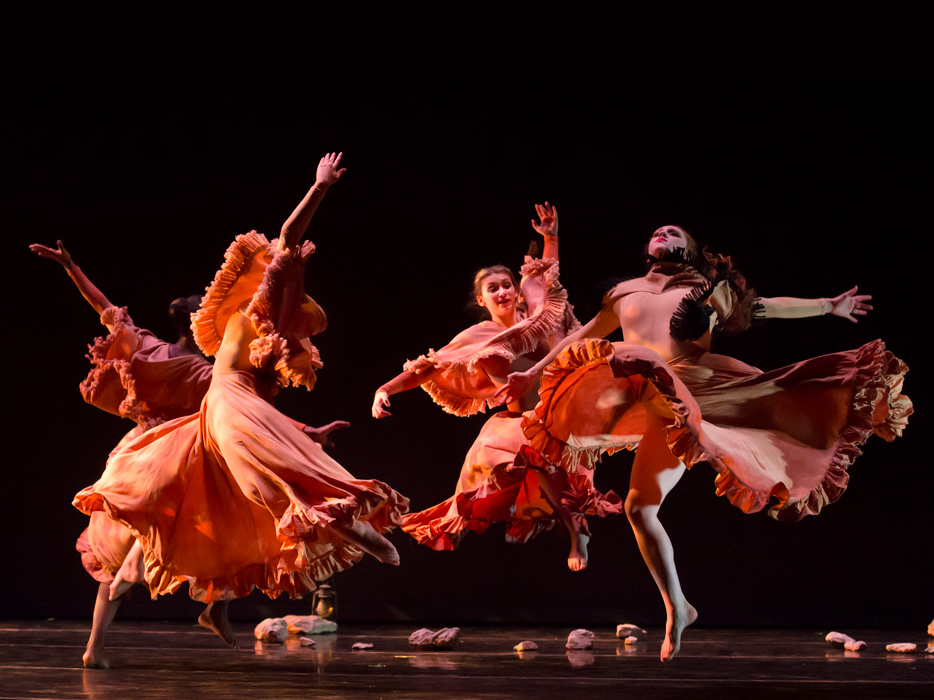 For any arts organization to reach its 25th anniversary is cause for applause. But such an achievement is perhaps even more notable for a dance company. Dance, one of the most revered art forms, is also among the least understood.

Writing in The Kansas City Star, critic Patrick Neas praised the company’s history of presenting “some of the most interesting, engaging and provocative choreography of the contemporary dance world.”  A review by Ashley Miller in KC Metropolis hailed the troupe’s spring program as “a visceral evening of dance.”

Coming up, the ensemble will celebrate its quarter-century milestone with performances on Sept. 23 and 24 at White Recital Hall on the UMKC campus.

The program will “reach back to the earlier years, to bring back the works that still are extraordinarily vibrant and exciting,” said artistic director Henry, who was born in Charleston, South Carolina.

“And I’m bringing in new works to introduce other choreographers,” she said. Altogether, the 25th anniversary concert will range “from very new works to works that I, personally, love the most.”

[block pos=”right”]  “Each season I try to go across the spectrum of what modern dance can be, and is, in the United States and internationally.”
— Mary Pat Henry, co-founder and artistic director, Wylliams/Henry Contemporary Dance Company [/block]

Choreographers to be represented include Kevin Iega Jeff (of Deeply Rooted Dance Theater in Chicago), Robert Moses (of Robert Moses’ Kin in San Francisco), Danny Shapiro (of Shapiro & Smith Dance in Minneapolis) and Wylliams Henry associate director Paula Weber. The program will also feature a piece by Wylliams and a new work by Henry.

Wylliams/Henry Contemporary Dance had its genesis in a lunch chat between Wylliams and Henry during a festival in Vancouver.

“We started talking about our philosophies of dance, and the great artists that influenced us, and the ones that really weren’t showcased as much anymore,” she said. “So we said, ‘We should start a company together sometime.’”

Henry remembers Wylliams as “an extraordinary, award-winning choreographer. People wanted to work with him — he was very highly respected.”

Born in Denver, Wylliams (whose name was originally Leonard Morrell Williams) was an Emmy and MTV Award-winning choreographer who trained with Cleo Parker Robinson, performed with companies including the Netherlands Dance Theater, and created work for ballet and modern dance companies around the world.

Wylliams was found slain on Sept. 13, 1996 in his Kansas City home. He was 35. In an obituary, The New York Times noted his “warm, engaging stage presence.”

Henry said that the company retained its name after Wylliams’ death because “I felt we had built it together.” And it remains dedicated to showcasing dance “from the avant-garde to the traditional.

“Each season I try to go across the spectrum of what modern dance can be, and is, in the United States and internationally,” she said. In the process, the company presents the work of “a smorgasbord of really interesting, unusual and diverse choreographers.”

At the heart of the company’s journey, Henry said, is the question: “How does all this tie together?”  o

Wylliams/Henry Contemporary Dance Company will perform at 7:30 p.m. Sept. 23 and 24  in White Recital Hall in the James C. Olson Performing Arts Center at the University of Missouri-Kansas City, 4949 Cherry St. Tickets cost $18 and $24; $15 for students and older adults, available online at wylliams-henry.org or through the Central Ticket Office at 816.235.6222.