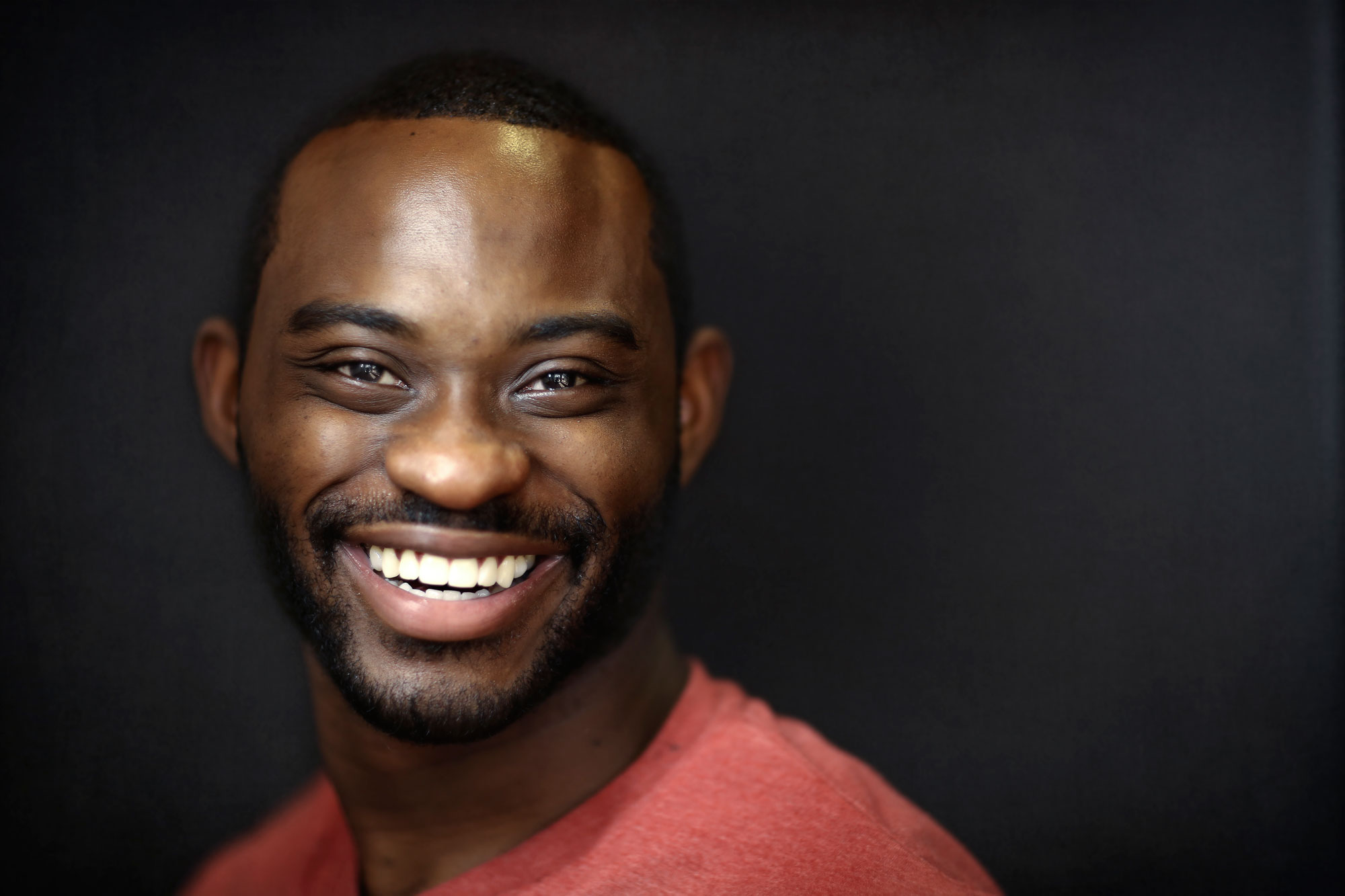 Truthfulness is the hallmark of this emerging actor’s style.

Over the past few years Kansas City audiences have thrilled to Frank Oakley III’s notable performances in Jitney at the Metropolitan Ensemble, Blacktop Sky at the Unicorn, Rosa Parks at the Coterie, The Freedom Riders at UMKC and at the Shakespeare Festival.

Oakley’s performances stand out for their truthfulness. Critics have cited the “nuances he brings with expertise” and his use of “a controlled-tone burn to explain himself.” Oakley says he attempts to “live in the circumstances of the play, work my character’s wants and just be.”

In addition to plays, Oakley has  racked up several film credits,  appearing in An Important Question by The 48 Hour Film Project, available on YouTube, and in On Sight, made by ex-local actor Tosin Morohunfola, soon to be released.

Outside of the theater, he works at the downtown YMCA and as a personal trainer.

A native of Kansas City, Kan., Oakley focused on sports and music at Wyandotte High School, where he did wrestling, track and field, football and marching band. After graduating in 2009, he enrolled at Lincoln University in Jefferson City. He was headed toward a degree in broadcast journalism but, having dabbled in theater, was increasingly drawn to the stage. After attending a summer theater camp in Colorado his sophomore year, Oakley transferred to UMKC. There he found himself in the theater department.

He also found Anna Day, a fellow theater student from Illinois.  Appropriately, love blossomed as they played against one another in Chekhov’s Three Sisters in the fall of 2013. This past February, Oakley surprised Day with a marriage proposal during a jazz set of his friend’s group, Shades of Jade. They settled on an October wedding. While Oakley continued with preparations and work, Day traveled to Honduras to work in an orphanage.

They reunited early summer and in July both performed in the Kansas City Fringe Festival in Bird in the Hand and Breaking the Pose.

This season, Oakley will appear in Missing you Metropoli, from November 18-22, at Just Off Broadway Theatre. And he has a lead in the soon-to-be released short film, White Lie, by Yohei Ishihama. He will also be playing the lead in a local feature film titled Half Light.

“My character’s name is Apoch, and he is the leader of the last group of survivors who survived the zombie apocalypse,” Oakley said. “This is being produced by the same company that I did the 48 Hour Film Project with: Blue Boy Productions.”

Oakley and Day also hope to schedule a few smaller events themselves —special readings and theatrical performances.   They share a guiding principle taken from Proverbs 3:6: “In all your ways acknowledge Him and He will make straight your paths,” and both have ideas for how the Kansas City theater community could improve.

Oakley would like to see an increase in roles for African-Americans and in African-American-themed plays, like Jitney and Freedom Riders.  Day, with a real passion for Shakespeare, hopes for more powerful roles for women.

“Anna and I someday want to be in Romeo and Juliet,” he said, “and we think it would be awesome to make Juliet’s family all Caucasian and Romeo’s family all African-American.”