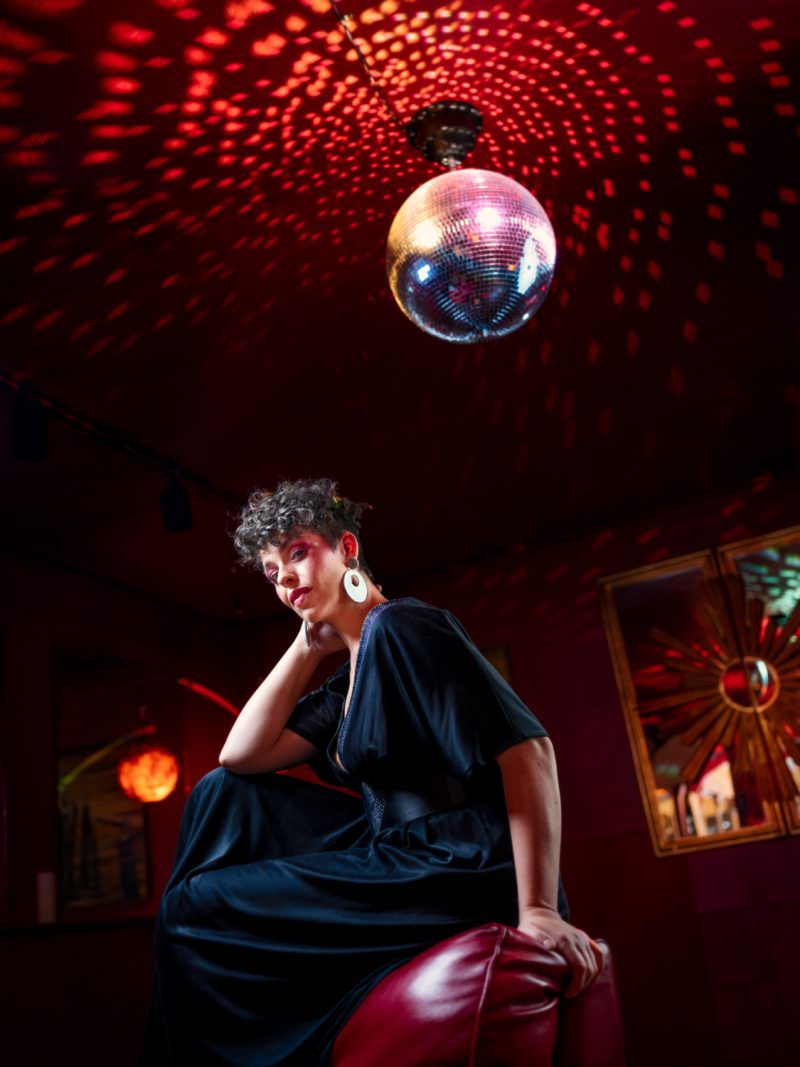 The Kansas City Actress is Known for Her Verve, Empathy and Charisma

She shone in Kansas City Actors Theatre’s reading of “The Women.” She’s done music videos for Making Movies, Grizzly Bear and Not a Planet, as well as corporate videos, including one during the pandemic for UMB’s education department. In 2018 she was Slana in the movie “All Creatures Here Below.” That year she performed glam burlesque for KC Strips for AIDSWalk.

As an actress, Vanessa A. Davis has done it all.

“When I think of Vanessa, I think of the word ‘verve,’” says Sidonie Garrett, director of the Heart of America Shakespeare Festival. “A powerhouse talent” echoes John Rensinghouse of Kansas City Actors Theatre. Ian Crawford, assistant artistic director of the Unicorn, praises Davis’ “in-the-moment electric charisma that is undeniable on stage.”

Crawford first saw Davis at the Living Room Theatre, where he was “struck by her energy” and committed to working with her. “I have since cast Vanessa multiple times and have always deeply enjoyed working with her; she brings an honesty and a humanity that is visceral for audiences.”

Davis herself claims “passion and patience” as her mantra, one she puts to full use in her work as an actor, director, arts educator and mother.

Earlier this year Davis joined Paul Mesner Puppets’ digital series “In the Workshop.” “We needed a human to play a character who is living in transitional housing with their niece, portrayed by a puppet,” said Alex Espy, education director at Mesner. “When it came time to cast, I knew Vanessa would be both bright and engaging for young people, but also be a real person with depth and history. Filming for just a day and no rehearsal, she listened to the puppets and looked into their eyes just as she would another human actor. We had just a few humans make appearances throughout the eight episodes, and I’m so happy Vanessa was one of them.”

Since June, Davis has been the emcee for the weekly Monday Night Karaoke at The Black Box in the West Bottoms, as well as the hostess of June’s Karaoke every Thursday night at 3611 Broadway. She delights in seeing participants go from anxious to self-fulfilled and watching friends cheering up troubled companions.

For four years Davis has taught theater to high school students at Crossroads Charter, which she has modelled into a kind of storytelling course. By the end of the class, the students can write, plan, and, potentially, implement a play. She also served several years as director of Drama International, a franchise initiative she purchased and managed, which offered after-school and community classes to North Kansas City kids, to expand their verbal expression skills and social interaction practices.

Davis grew up in North Kansas City. An acting career was not on her family’s radar. As a motivated fifth grader, she successfully pursued local commercials; “Spaghetti Girl” for Price Chopper was her first brush with fame. Dance was another big part of her life: She spent years with Ballet North. At one point she signed with a modeling agency. After graduating from Paseo Academy for the Arts, Davis was accepted at the American Academy of Dramatic Arts in Los Angeles. Finishing in 2005, she worked several years in film and commercials. But with a new baby and new responsibility, she returned to KC in 2011. Here she transitioned to her real love, live theater.

Bartending at the Green Lady Lounge, Davis met actor Forrest Attaway, who cast her in his Fringe show, “Dirt Legs.” That led to numerous auditions and contracts.

She was in “Bastard” and “Love Song” at the Living Room Theatre, “The Taming of the Shrew” with Heart of America Shakespeare Festival at the Plaza Library in March 2018, and “The Normal Heart” at Off Center Theater in 2014. Steve Wilson, of broadwayworld.com, proclaimed her “marvelous” in the AIDS-themed play. In 2016, when she graced the Unicorn stage in “Ghosts of Lote Bravo,” Liz Cook wrote in “The Pitch,” “As Juanda, Vanessa A. Davis endures a marathon of abuse and suffering, without succumbing to melodrama.”

Davis delivered a nuanced performance in Unicorn’s “Project Dawn” (2018), in which she played a double role, drawing praise from Paul Donovan in kansascityoutvoices.us for her versatility: “I was especially impressed with Vanessa A. Davis, who plays a meek Latina pulled into prostitution and a court coordinator who works with an intensity that usually only comes by shot-gunning Red Bull.”

Her “authenticity” is what Tim Scott of Musical Theatre Heritage admires the most about her. “That is a commodity increasingly rare in this industry, it seems. She is 100% herself and I think that’s why she’s so ferocious and infectious on stage.”

A large part of MTH’s successful “In the Heights” run in 2019 can be traced to Davis.

Davis exalts in the “marathon of emotions” she finds in the theater, karaoke, teaching and motherhood. As local costume designer, Georgianna Londré Buchanan, who has worked with Davis on number of occasions, observes, “She has great strength of constant awareness, along with a no-fuss honest empathy that benefits any project she graces . . . Vanessa is a naturally engaging storyteller and a stunningly beautiful person inside and out.”