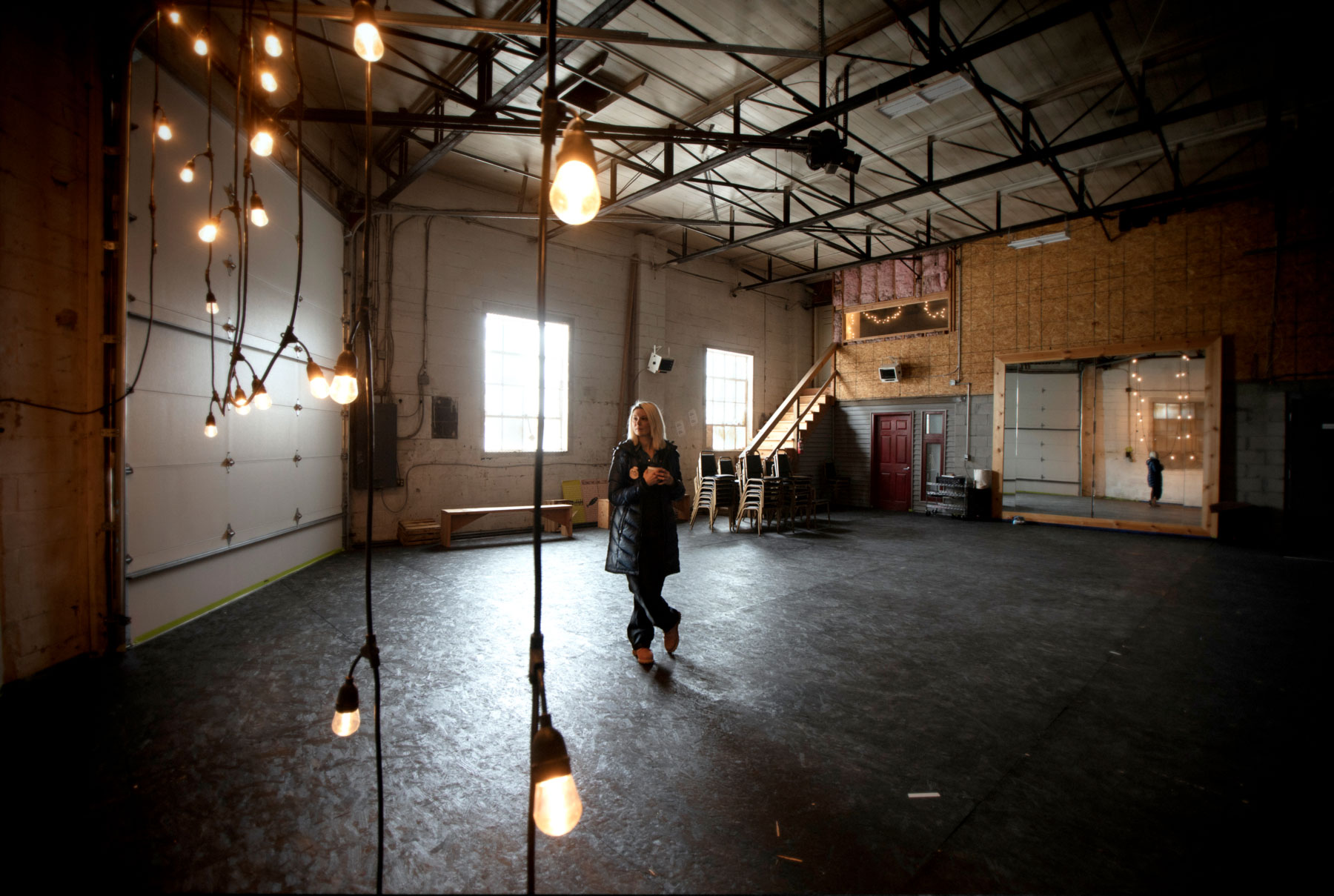 Heidi Van has a new creative home in the West Bottoms.

But since 2009 her artistic profile has been inextricably linked to the Fishtank Theatre, which began life in an old retail space at 1715 Wyandotte, just around the corner from YJ’s Snackbar and Birdies Panties, two iconic Crossroads businesses on 18th Street. (YJ’s last year moved after a redeveloper bought the building.)

Van became the Fishtank’s curator after founder Corrie Van Ausdal stepped aside in its first year. Under Van’s leadership the Fishtank became an incubator for new work and experimental plays. Sometimes audiences sat in folding chairs on the street and watched performances in the location’s big picture windows.

After the building was sold, Van decided to vacate and look for a new space.

By January she had found it — an old industrial building at 1060 Union Ave. The Fishtank’s new home is south of Forrester Road and accessible from the east via Beardsley Road.

“The space I found is a big warehouse space,” she said. “It has no pillars and very high ceilings and a loading door. It’s got lots of potential.”

Other features include 16-foot ceilings and 1,600 square feet of open area, as well as two offices. She said the space will accommodate both a tech room and a green room for the actors.

In January she launched the first phase of a fundraising campaign. The immediate goal was $20,000. Once that goal is reached, additional fundraising will follow.

“Our hope is to become a 75-seat theater,” she said. “The old Fishtank could seat 30 comfortably and we could get a maximum of 50.”

Van said her goal is for the new Fishtank to become a flexible space, with a different physical relationship between the stage and viewers for each production. It will be a venue devoted to Van’s own work as well as that of other writers and theater artists.

“The mission of the Fishtank has been to nurture new work,” she said. “I missed having a producing house and it’s always great to support other people’s work as well as to have my own space to work on over a period of time. That’s what I love doing.”

If work on the new space progresses as she hopes, Van expects to present a five-show 2019-20 season.

The building also offers a yard area in back, where Van pictures producing outdoor events. She also wants it to be a KC Fringe venue, as the old Fishtank home was. In January Van said she was in the process of obtaining a liquor license.

“As long as we can keep the lights on, we’re winning,” she said. “It’s gonna be a blast down there.”