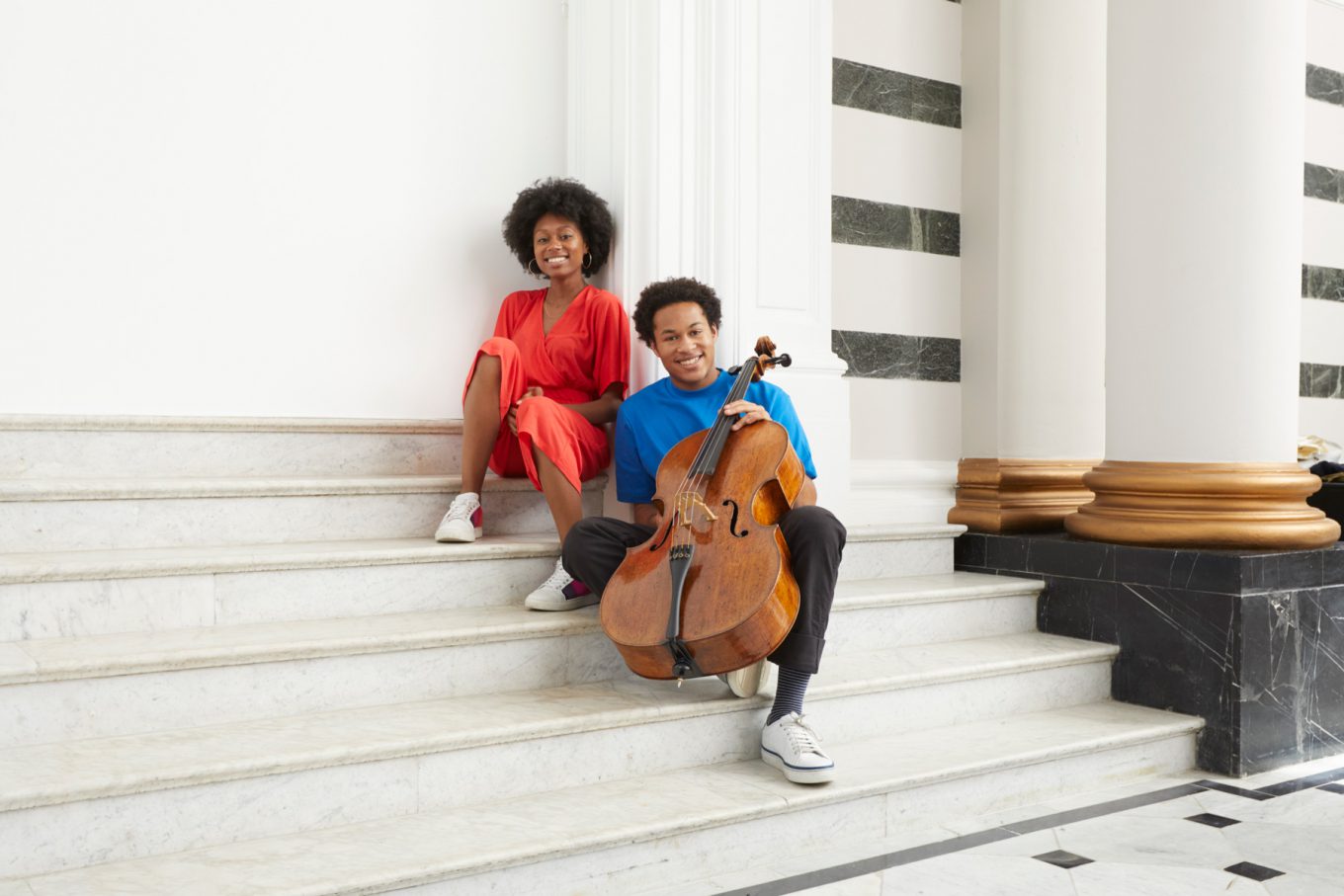 Sheku and Isata Kanneh-Mason to Give Two Folly Recitals

Kansas City came so close to getting to hear cello sensation Sheku Kanneh-Mason and his sister, pianist Isata Kanneh-Mason, in December 2019. Unfortunately, a combination of a winter storm and a flight delay in Washington, D.C. forced the Harriman-Jewell Series to cancel the Discovery Concert.

Luckily, the Kanneh-Masons are making a return trip for two concerts April 29 and 30 at the Folly Theater.

“The December 2019 concert would have been a sell-out,” said Clark Morris, executive and artistic director of the Harriman-Jewell Series. “In fact, we were really worried that too many people were going to show up and we were going to have to turn people away. They were blowing up around the world, and there was just a tremendous amount of interest in them. So it was really disappointing that we weren’t able to have that recital.”

Excitement about the Kanneh-Masons has only grown in the past two years. Sheku and Isata are members of an incredibly talented musical family. The seven siblings first came to prominence after reaching the semi-finals on season nine of Britain’s Got Talent in 2015.

“If you see videos of them being interviewed, they’re not just talented, but they have a lot of charisma, they’re kind and interested in doing good things in the world,” Morris said. “They have a really deep connection to classical music because the seven children grew up with it. It became something important to them on a very deep level.”

Sheku began making waves on his own when he won the BBC Young Musician of the Year Award in 2016. That same year, he signed a contract with the Decca Classics record label. But his big breakthrough came in 2018, when he performed at the wedding of Prince Harry and Meghan Markle. BBC Four has also made a documentary about Sheku called “Young, Gifted and Classical: The Making of a Maestro.”

Sheku is a Black musician performing in a traditionally white genre. He’s said that “It’s very, very difficult to see yourself doing something if no one who looks like you is doing it.” But he and his family are part of a growing and exciting trend of diversification in classical music. Morris says the Harriman-Jewell Series has long supported that diversity, including presenting Alvin Ailey American Dance Theater on its first national tour in 1968.

“Certainly we ought to be lifting up people of color the same way we celebrate any great artists,” Morris said. “Extra effort must be made to make sure that they have access and feel welcome in the hall and on the stage. Recently, we have worked with the Sphinx Organization and have a longstanding educational relationship locally with the Harmony Project KC. I think that the more that we can do to support that work, the better the world will become.”

The program for each concert is different. Friday night’s performance includes works by Karen Khachaturian, Dmitri Shostakovich, Frank Bridge, and Benjamin Britten, and the Saturday matinee is specifically designed to be more family friendly, with lighter works including Camille Saint-Säens’ “The Swan” and Sheku’s own arrangement of “Blow the Wind Southerly.” Regardless of what’s on the program, Morris says the rapport that only exists between a brother and sister is sure to make the recital memorable.

“It’s pretty rare that a classical musician in a recital format gets to have a musical partner they’re related to,” Morris said. “I think that adds another bit of charm and intrigue to the total presentation.”

Morris says that when the Harriman-Jewell Series had to cancel the Kanneh-Masons’ recital in December 2019, it seemed to have been an ominous sign of dark times to come. The dread pandemic was about to rear its ugly head, causing the Series to cancel its concerts for the rest of the 2020 season and beyond. But Morris sees the return of Sheku and Isata this April, in the springtime, as a different kind of harbinger.

“It’s a reawakening, a renewal,” Morris said. “We’re coming out of a dark winter.”

Go to www.hjseries.org for event tickets and details.