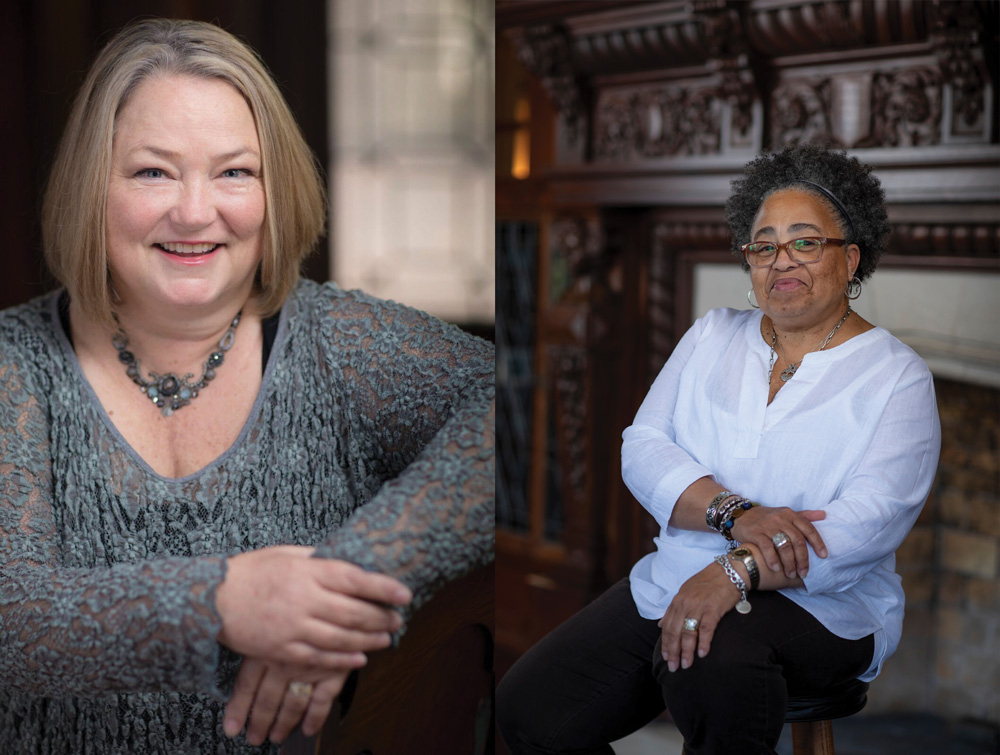 Women have played a significant role in the founding and development of the Kansas City Museum. Today, as we embark on the reopening of the museum this fall, we are creating a new core of volunteers, led by an inclusive group of women, to support the mission and vision of our evolving institution.

The museum has a storied legacy of formidable women volunteers whose passion, dedication and perseverance sustained the museum. In 1939, five years after the death of Robert Alexander Long, Mrs. Olive Hoggins, the former caretaker of the Long estate, envisioned a history museum on the property and shared her idea with others, who soon formed a group of loyal supporters. Mrs. Mae Porter, Mrs. Loraine Page, Mrs. Bessie Jones and Mrs. Wanda (Graham) Major comprised the early contingent that garnered the support of the Long daughters — Sally Ellis and Loula Long Combs — the city and the community to form the Kansas City Museum Association, under board president A.W. Archer, which opened the museum to the public in May 1940.

Soon after the Kansas City Museum opened, two auxiliary groups were created — The Women’s Division and the Musettes. Mae, Loraine, Bessie and Wanda founded the Women’s Division with its first president, Mrs. Pet Woolsey. They not only raised much-needed funds to renovate Corinthian Hall, but also donated their time and energy to build the museum collection and programming. Mae, well-known for her writings of western lore, hoped for an exhibit of early western and American Indian artifacts. Loraine advocated for a world-class costume collection to showcase the history of the area through fashion. Bessie dreamed of an exhibit of early Missouri life with a log cabin, country store, blacksmith shop, and handcrafts and toys. Wanda envisioned a science exhibit using the extensive collections of rocks, fossils and other archeological findings. Mrs. Margaret Keach, a novelist who had traveled in Africa and South America with her first husband, joined the Women’s Division and became the first Chairman of Fundraising, creating the Priceless Pathways antique auction and eventually donating her extensive African artifact collection to the museum.

The Women’s Division produced tours of historical landmarks, home tours of private collections, teas, fashion shows, costume pageants, a trading post sale, quilt exhibits, country fairs, lectures, auctions, dinners and more. With all these offerings, the Women’s Division realized they needed a younger group of docents to support their efforts. To that end, Wanda Majors formed an additional volunteer group called the Musettes. In the early years, the Musettes worked side by side with the Women’s Division. During WWII, both organizations filled in for staff positions as servicemen went overseas. In the decades to follow, the Musettes’ numbers increased, and their work grew in scale. The number of hours donated by these loyal women was immeasurable, and their love for the museum ran deep. During the 1990s, the Musettes changed their name to the Science City Volunteer Council and focused their work on creating a new Science Museum in Union Station. Angela Brown, Georgia Lynch and Sandy Johnson worked tirelessly to convince voters to pass a five-county, bi-state tax to support the renovation of Union Station.

With such a rich history of women in leadership, we are planning a new, 21st-century core of volunteers led by a racially, ethnically and culturally diverse group of women who will provide support to the museum and our community. This auxiliary group will help with the museum’s programs and events including oral histories, co-create a docent program with museum staff, and serve as mentors to girls who may find career and personal empowerment pathways through history and the humanities. Since the museum started its rebirth in 2014, we have centered diversity, equity, inclusion and belonging in the design and development of Corinthian Hall and its exhibits and programs. By adding a new women’s auxiliary in this inaugural year, we strive to amplify the voices of women and girls as a way to acknowledge and elevate all stories on our journey toward civic unity.

To learn more about the Kansas City Museum, visit kansascitymuseum.org.