Time for weekend calendar picks from KC Studio editor, Alice Thorson. This weekend is your last chance to see Kansas City Actors Theatre‘s production of I’m Not Rappaport. Tomorrow night, stop by the Blue Room for Hermon Mehari with Gorge Johnson and Tivon Pennicott, or enjoy a free concert at the Nerman with Maria the Mexican. The 2016 Charlie Parker Celebration continues on Saturday, with a tour of historical sites led by Chuck Haddix. And Sunday night stop by the Gem Theater for gospel music capturing the spirit of the Civil Rights Movement performed by local choirs. For more ideas, visit Kansas City’s most comprehensive arts calendar at kcstudio.org/events. 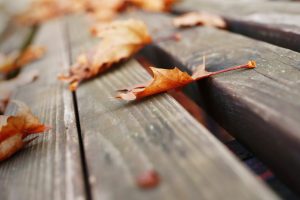 Winner of the Tony Award and one of Broadway’s longest-running plays in its original run, I’m Not Rappaport is set under a bridge in Central Park, where two octogenarians regularly meet. Nat is a cantankerous Communist whose daughter is urging him into the old folk’s home. Midge, an apartment superintendent, spends his days in the park hiding from his disgruntled tenants. If you loved The Gin Gamelast season, this will be a welcome return to that type of warm and cranky storytelling.

Hermon Mehari was the recent winner of the 2015 Carmine Caruso International Trumpet Competition and a semifinalist in the 2014 Thelonious Monk Jazz Competition. In 2014 he released the CD “Our Journey” with Diverse, which was recorded in Paris featuring Logan Richardson on alto saxophone. He was the headliner of the 2014 Jazz en Tête Festival in Clermont-Ferrand, France and was featured on the world renown saxophonist Bobby Watson’s 2013 release, “Check Cashing Day”. This album explores and honors the 50th anniversary of the March on Washington and Dr. Martin Luther King Jr.’s “I Have A Dream Speech”. In addition to Bobby Watson and Hermon Mehari, the ensemble is comprised of Robert Johnson on piano, Eric Kennedy on drums, Curtis Lundy on bass, Glenn North with spoken poetry and special guests.

George V Johnson Jr, writes lyrics about complex things: personal experiences, love, history, family, home, heaven and most of all Jazz! Phrases turn, emotions connect, melodies soar. It’s a fuel that burns full-throttle, ignited by the heat of his soulful voice and the power and passion of his performance. You sing along even though you’ve never heard the tune before. George writes from a perspective of distances, of interludes between lovers and lives and the roads that lead from small towns to big cities. 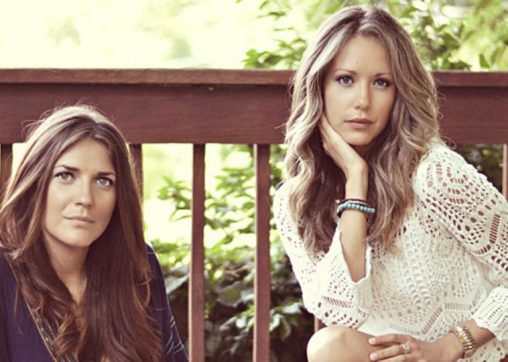 Part of Johnson County Community College’s Light Up the Lawn summer concert series. The concerts take place at 8:30 p.m. on the front lawn of the Nerman Museum of Contemporary Art. Lawn chairs, blankets and picnic baskets without alcohol are welcome. No tickets are required. Starting at 7 p.m., Kona Ice will have shaved ice, soft drinks and water for sale!

Influenced by traditional Mariachi music, Maria The Mexican is a hybrid of Mexican folklore and rock.

For 10 years, Teresa and Maria Elena Cuevas performed with Mariachi Estrella founded by their grandmother Teresa Cuevas in 1970. As one of the first all-female mariachi bands in the country, Maria Teresa Alonzo Cuevas is a pioneer in the Hispanic musical community. Her band flourished in the 80s but was struck by tragedy when four of the seven members were killed in the Hyatt Skywalk collapse in 1981. Once Teresa recovered she began teaching her grandchildren Mariachi music.

In 2000, Teresa and Maria began exploring other genres of music while simultaneously co-directing Mariachi Estrella. Today the fusion of Maria The Mexican is mixed with a touch of blues, soul, funk and rock ‘n’ roll. With a southwestern flare and melancholy motifs, Maria The Mexican rocks it out in Spanish and English with a host of emotion. 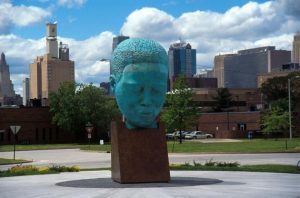 Hosted by noted Kansas City historian, Chuck Haddix and others, the tour will visit special sites in Kansas City that played a significant role in the life and development of Charlie “Yardbird” Parker and his KC Contemporaries.

Begin with a walking tour around the legendary 18th and Vine Jazz District, then hop aboard the air conditioned tour bus to witness for yourself more of Charlie Parker’s old stompin’ grounds!

For just $25, travel through history with us and experience Kansas City through the eyes of Bird! 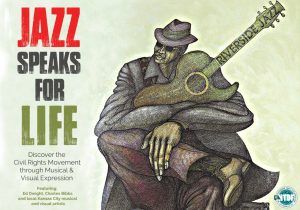