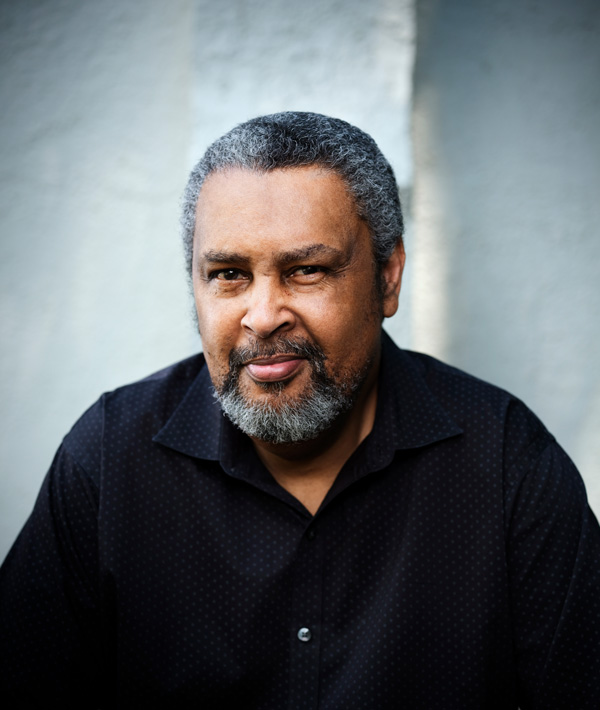 Last year the noted filmmaker and professor of Film Studies at the University of Kansas made national news for wearing a bulletproof vest to his classes to protest guns being allowed on campus. Terming the policy “insane,” he says he will continue wearing the vest till the law is changed.

In May of this year Willmott got a 10-minute standing ovation at the Cannes Film Festival, for “BlacKkKlansman,” a film he co-wrote with filmmaker/director Spike Lee. Based on the true story of Ron Stallworth, an undercover black detective who infiltrated the KKK with his Jewish partner, Flip Zimmerman, in the 1970s, “BlacKkKlansman” won the Grand Prix prize (the festival’s second highest) and was only the fourth American movie ever to do so.

Willmott has a strong opinion about why “BlacKkKlansman” received such an overwhelmingly positive response in France, and it has firmly to do with what he calls “the danger of our president.”

“Unfortunately, as Spike likes to say, David Duke and Donald Trump were the co-writers on the script,” he explains. “I didn’t have to work hard to find links between today and the Klan. The things that the Klan says in the past, David Duke and the president say those things today about the present.”

Willmott believes the Europeans had been waiting long and desperately for an American to confront that danger, whereas at home, at every phase of the film’s planning and production, he found himself flummoxed by those who questioned if it was “relevant to today.” In his view, the “Republican Party talking points” make adamantly clear the relevance. “It’s a fact of American life,” Willmott says. “We’re a racist country.”

Cannes jury president Cate Blanchett declared the film “transcends the limitations of its culture,” adding that it “is quintessentially about an American crisis, and yet all of us felt connected to it.”

The international success is, of course, gratifying, but Willmott’s primary goal is to connect with a U.S. audience. With this movie, as with all his projects, he is striving to “challenge us here at home — in a very entertaining way.” He admits that combining the KKK with entertainment was quite a stretch. “That’s kind of what I specialize in,” he says. “For one, I never think of these subjects as dark. The darker the better for me, if it is based in reality. What Spike and I did was embrace the reality, and there you find the absurdity of things and that is where the humor lies. No jokes. Humor. So we are able to make it entertaining by embracing the ugliness of the subject, not by fleeing from its overwhelming nature.” The film still has to “remind us of where we live,” he says.

Stars John David Washington (son of Denzel), Adam Driver and Topher Grace will do much to attract viewers to “BlacKkKlansman,” but Willmott is most thrilled that it also features Harry Belafonte. “One of my favorite films as a kid was ‘The World, the Flesh and the Devil’ starring Harry Belafonte,” he says. “He has always been one of my heroes. It was thrilling for me to have him reading lines I wrote. I now teach that film in one of my classes and it has become a reminder of how fortunate I am to have worked with a legend.”

The American premiere of “BlacKkKlansman” took place in Charlottesville, Virginia, on Aug. 10, the one-year anniversary of the confrontation there. Willmott hailed that selection, especially as the film’s ending incorporates footage of President Trump declining to condemn the deadly conduct of white supremacists during the riot there. “Those terrorist groups wrote themselves into the film,” Lee told The Associated Press. “They gave us an ending we’re not good enough to write.” Premiere events also took place in New York on July 30 and, locally, in Kansas City and Lawrence.

A July 16 screening at Cinemark 20 in Merriam revealed “BlacKkKlansman” to be an entertaining film, with captivating humor and storyline, great casting and performances, and well-chosen music. Brilliant moments include Stallworth walking through the target practice area, Belafonte retelling the killing and Zimmerman realizing how much his Jewish heritage is coming to mean to him.

The end packs a wallop.

Willmott is certainly not resting on his laurels or burgeoning fame. Indeed, he says, he simply can’t not be working. His resume makes that clear, highlighting his numerous, constant and widespread credits — as filmmaker, screenwriter, director and playwright.

Willmott has written, directed and/or produced the films “Ninth Street,” “C.S.A. Confederate States of America,” “Destination: Planet Negro,” “Bunker Hill,” “The Only Good Indian,” “Jayhawkers” and “Chi-Raq.” This is in addition to his teaching schedule and his work for the theater stage.

Willmott regularly wrote and enacted plays throughout his childhood. He claims he was a frustrated filmmaker from a young age — there simply weren’t avenues for that in Junction City, Kansas. He majored in drama at Marymount College in Salina, Kansas. After graduating, he worked as a peace and civil rights activist, fighting to integrate segregated institutions and to open two homeless shelters. He then got his Master of Fine Arts in dramatic writing at New York University.

He’s put all that to good use in Kansas City, collaborating with Jeff Church and The Coterie Theater since 1998 on productions of “Buffalo Hair,” “Little Tommy Parker and the Celebrated Colored Minstrel Show,” “The Glass Menagerie” and “The Watsons Go to Birmingham.”

However confrontational Willmott is in his creative projects, he is unfailingly warm and friendly in person. In the classroom, “I try to share my experiences, I try to be entertaining and funny. I try to be myself, really, but give them the principles and fundamentals of screenwriting.” Former student Rachel Kephart with the KC Film Commission credits Willmott with her choice of career path.

Willmott acknowledges to his students that the age-old wisdom “write what you know” is valid, but he adheres more to “write what you believe in.” In doing so, he says, one achieves a “sense of authority, a sense of connection to things you’re trying to portray.” He also impresses upon students that they have to “make things happen for themselves.”

His success illustrates that well.

It was with the movie “Ninth Street” that Willmott made this area his base. In 1994 he moved from New York to Lawrence with no money, but a desire to make the film. He was shown around Kansas City and invited to announce the film at a press conference. The KC Film Commission was just starting. He was flabbergasted when 700 showed up to audition after an article in “The Kansas City Star.” “It was like a barn raising,” he said. “That sold me on making films here.”

He admits filmmaking is a hard profession and assuredly a difficult career. “Well, you have to hustle to survive. There are many ups and downs. For me, what has worked was just always finding a way for me to do my thing. It was never part time for me. KU hired me because I was a working filmmaker. The only way you can get better at what you do is to keep doing it. When I was a kid and wrote a play, I always intended to produce the play one way or another. I never waited for someone else to do it for me. That’s the way I have approached my film career. It’s the best thing I ever did.”

Obtaining funding is tough, especially with films considered “different” and “challenging,” as his often are. He doesn’t have an agent, which is unusual for a talent at his level. But respect for him is such that he “gets calls.” “BlacKkKlansman” began when Jordan Peele, who won the Academy Award last year for “Get Out,” contacted Spike Lee about an adaptation of Ron Stallworth’s book, “Black Klansmen: A Memoir.” Lee’s response? “I called up my man (Willmott) and said, ‘Let’s do it.’”

There are always projects in progress. Langston Hughes is one. “I am working with producer Randal Jelks on a full-length, two-night documentary on Hughes. It is a very exciting project because Hughes has been overlooked for many years but remains influential on so many levels.”

He has a venture with Amazon, as well. “It’s called ‘High Five,’ (and it’s) about Glenn Burke, the first gay baseball player that came out in the Major Leagues. It is for producer Jamie Lee Curtis,” he said.

Social consciousness reigns throughout his work. Willmott relies on the “commitment of people who believe in the right thing” and cherishes “being able to do it the way I’ve done it alone.”

On June 14 there was a “resolution” ceremony at Kansas City Hall honoring Willmott’s continuing contributions to the area. The recognition was a first for the city’s film community.

A tagline for Willmott’s movie “Jayhawkers” applies perfectly to him, as well. “They Changed More Than The Game.”